A new ABC News-Ipsos poll finds that broad swaths of the Americans public are not following, nor are they familiar with congressional negotiations over bills to increase spending on infrastructure and social programs. This comes days after the Biden administration announced on Thursday the framework for a pared down Build Back Better reconciliation bill and continued to push the administration’s infrastructure plan. The low level of public engagement illustrates the administration’s difficulty selling the plan to America, with this poll finding that Americans are split on the impact of these plans on the country and them personally.

President Biden’s standing with the American public continues to languish. His job approval ratings are underwater (more negative than positive) on issues ranging from the economic recovery, to immigration and the situation at the border, to taxes. Biden’s standing is approximately breaking even on climate change and infrastructure and he’s only clearly in positive territory with the response to the coronavirus. 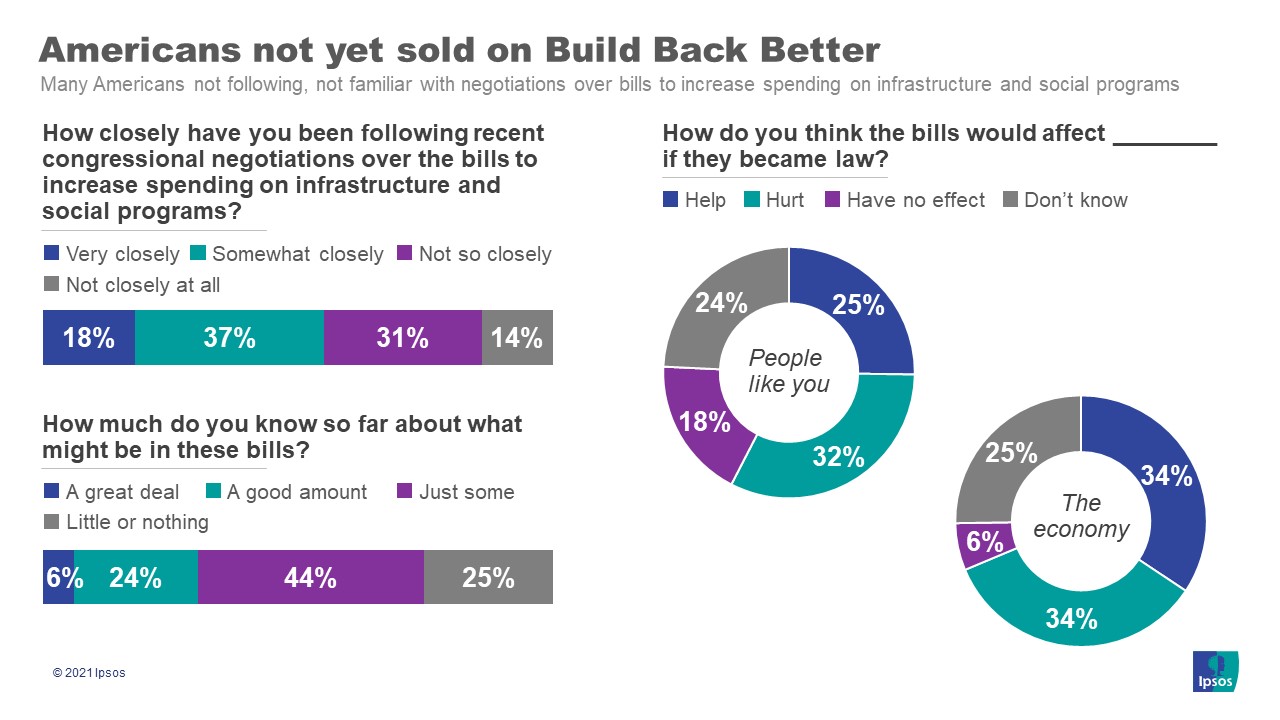 Americans are not closely following the developments of the administration’s social and infrastructure plans.

Attitudes about the administration’s social and infrastructure plans appears to be most closely connected to partisanship.

This ABC News/Ipsos poll was conducted October 29 to October 30, 2021 by Ipsos using the probability-based KnowledgePanel®. This poll is based on a nationally representative probability sample of 514 adults age 18 or older.