Washington, DC, January 22, 2023 - A new ABC News/Ipsos poll finds that large majorities of Americans believe that both Donald Trump (77%) and Joe Biden (64%) acted inappropriately in how they handled classified documents after leaving office. However, when asked which was more serious, a plurality (43%) said Trump's actions were a more serious concern.

This comes as Biden sees incremental improvements in how the public views his handling of issues ranging from the pandemic to the economy to climate change. However, on several important issues, including immigration and gun violence, perceptions of Biden are stagnant.

Similar to the handling of documents, the American public broadly disapproves of how both Republicans and Democrats are doing their job in Congress. Here too, however, Republicans see greater disapproval numbers (72%) than Democrats (60%).

Lastly, as we approach the one-year mark of the Ukraine-Russia conflict, Americans continue to broadly support aiding Ukraine (46% right amount + 20% too little). 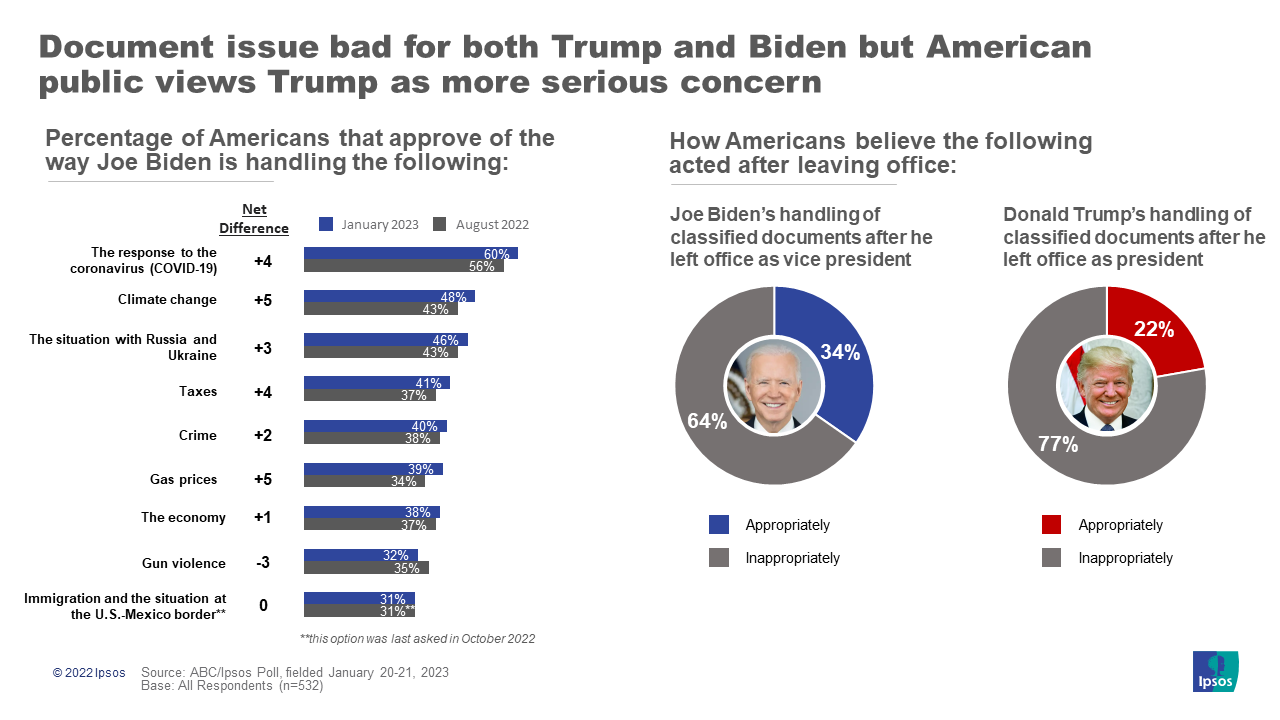 This ABC News/Ipsos poll was conducted January 20 to January 21, 2023, by Ipsos using the probability-based KnowledgePanel®. This poll is based on a nationally representative probability sample of 532 adults age 18 or older.

The study was conducted in both English and Spanish. The data were weighted to adjust for gender by age, race/ethnicity, education, Census region, metropolitan status, household income, and party identification. The demographic benchmarks came from 2022 Current Population Survey (CPS) from the US Census Bureau. Party ID benchmarks are from recent ABC News/Washington Post telephone polls. The weighting categories were as follows: