As the fall wave of the coronavirus shatters records, more Americans are preparing for restrictions that are rolling out across the country again, according to Ipsos’ Coronavirus Consumer Tracker. For many, that affects how they buy food.

More than a third of Americans – 36% – say they are either reacting to restrictions and establishing new routines, or actively preparing and stockpiling supplies. 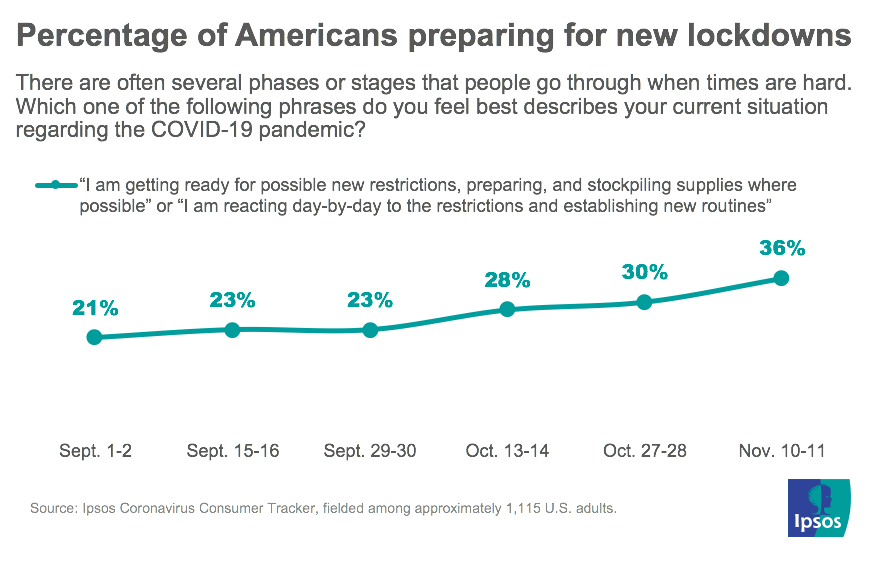 Americans who are most actively preparing are much more likely to say they are buying more packaged food than they were before the pandemic. 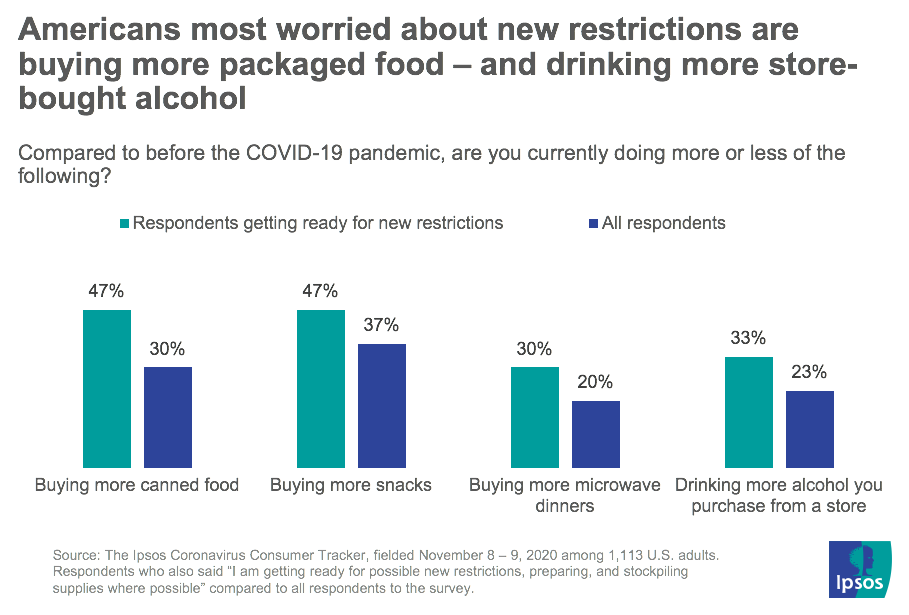