The pandemic forced many businesses to be agile and creative. New services sprouted and expanded. Cities closed down streets for outdoor dining. Restaurants and retailers allowed for curbside, pickup and delivery. Restaurants and bars even had restrictions lifted in many areas on delivery and pickup of alcohol. Suddenly a pre-mixed cocktail in a mason jar was something you could grab and go while on an evening stroll.

Turns out, a sizable group of Americans want to keep that up.

First, we do indeed want to get back in the world as it reopens. Nearly seven in ten plan to take an overnight trip. Some 44% want to get back in the air domestically, and 22% internationally. In the realm of smaller plans, 85% want to dine out at a restaurant and 79% want to go to a shopping center or mall, all according to a recent wave of the Ipsos Coronavirus Consumer Tracker.

However, the same survey also found that we’re not ready to give up our new routines. Earlier we wrote about how we’re essentially creating a hybrid, “Yes, and…” economy.

Do 85% want to dine out at a restaurant? Yes, and . . . 50% want to continue with expanded outdoor dining, 44% want expanded curbside pickup of food and 47% want expanded food delivery.

Will we go back to grocery stores? Yes, and . . . four in ten want more curbside pickup of groceries and delivery of groceries. 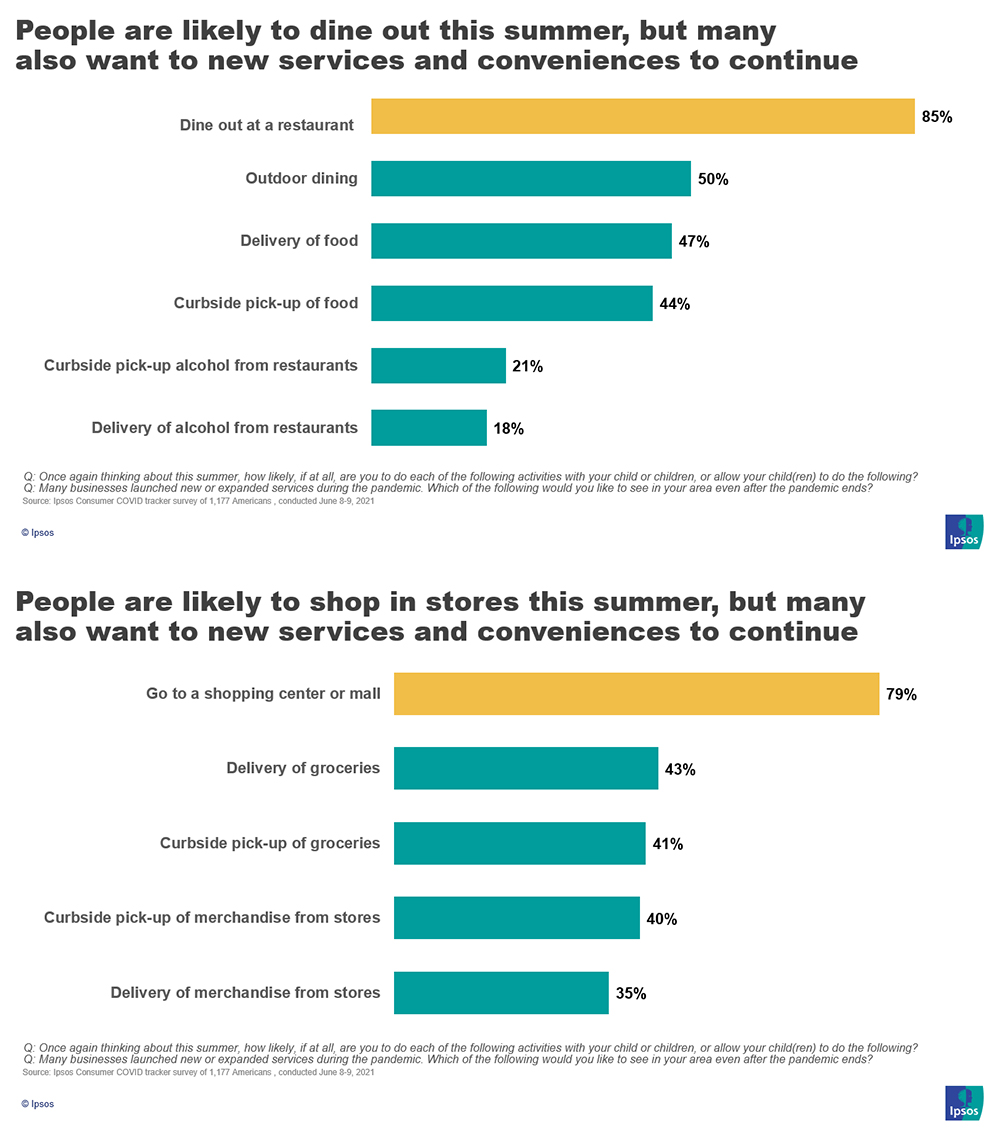 Those numbers are generally higher among younger Americans, parents, and suburban Americans and are consistent among most income tiers. Black Americans tend to be even more in favor of delivery options.

Importantly, even 35% of older Americans (55+) say that they want to keep most of these behaviors going. The pandemic has forced an upskilling of a generation (or two) who are now using technology to mediate their everyday tasks – maybe not as smoothly as the younger digital natives, but the natives are helping them catch up. Those skills won’t go away. 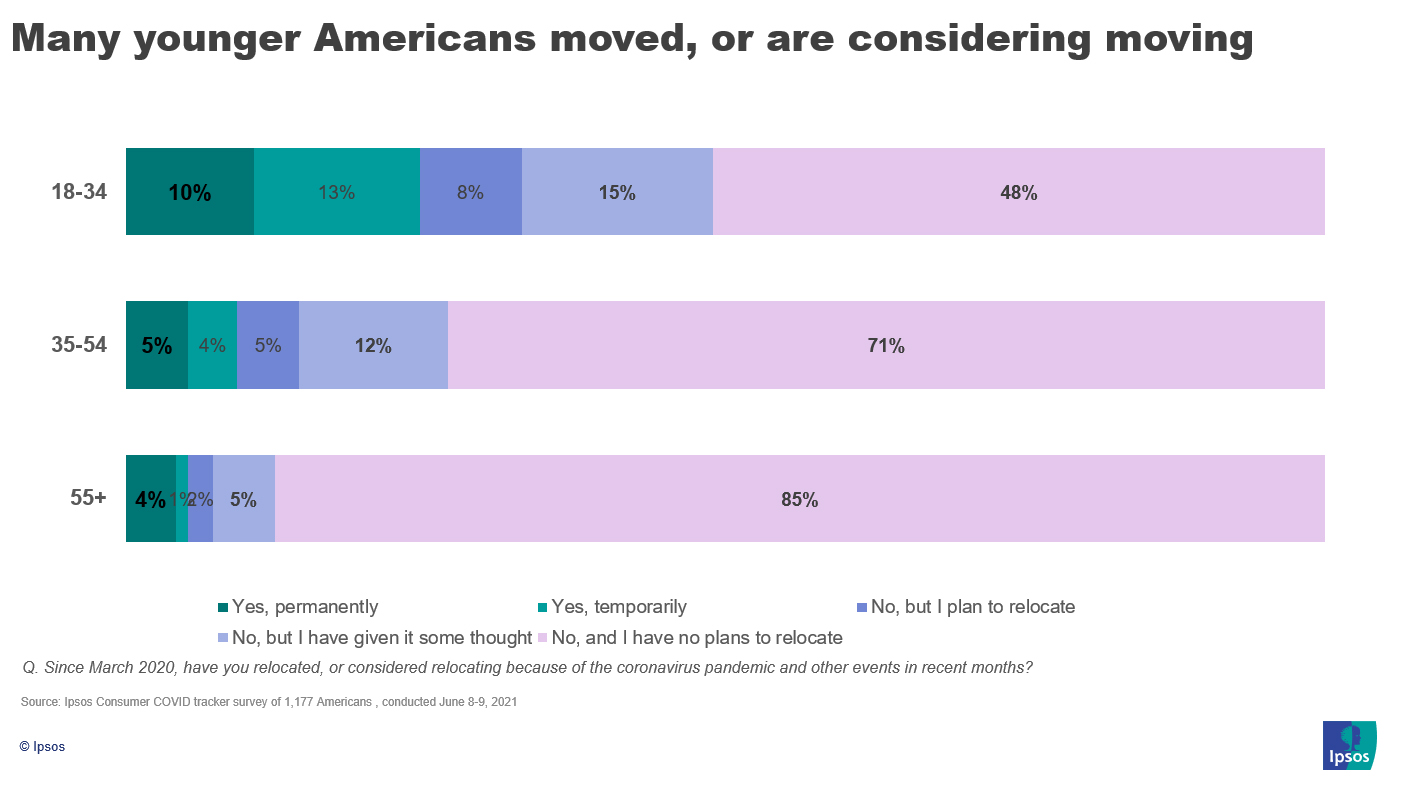 Most of those who are currently working from home want not just hybrid, but flexibility. They expect their employers to honor that, and nearly half of younger workers and one in three older workers would look for another job if their employer required them to return to the office full-time. CNBC reports that this is not an idle threat. But it’s complicated. Generalizations like “young people want to return to the office,” or “older workers want to be remote,” are missing important nuance. Some young people want to be in the office more, some don’t. The response to this unique situation is very individual. Variations even exist depending on the type of commute people have in terms of where they live in relation to where they work.

According to the Ipsos tracker, one in ten Americans ages 18 to 34 have relocated permanently since the pandemic began; another 13% moved temporarily. Add in the one in four who have thought about moving or plan to move, and that’s almost half of the younger population on the move. 35% would definitely consider a longer commute if they had to do it fewer days a week – although that number dips to 23% when asked specifically about a commute 30 minutes longer.

All of this points to an ongoing hybridization of our workforce (for the significant minority of workers who can be hybrid) and our consumer behavior.