Heading into the final full week of the campaign before the election, the latest ABC News/Ipsos poll finds views of the two candidates are largely unchanged since the Conventions. President Trump does appear to be rallying some of the groups who traditionally support him, but favorability towards him remains decidedly negative. Joe Biden, meanwhile, continues to break nearly even with as many viewing him favorably as unfavorable. This comes as the large majority of Americans continue to be concerned about potential coronavirus infection.

1. While favorability ratings towards Donald Trump remain decidedly unfavorable, it has improved somewhat since after the Republican Convention in August. This appears to be marked by attitudes among some of his normal constituencies improving. 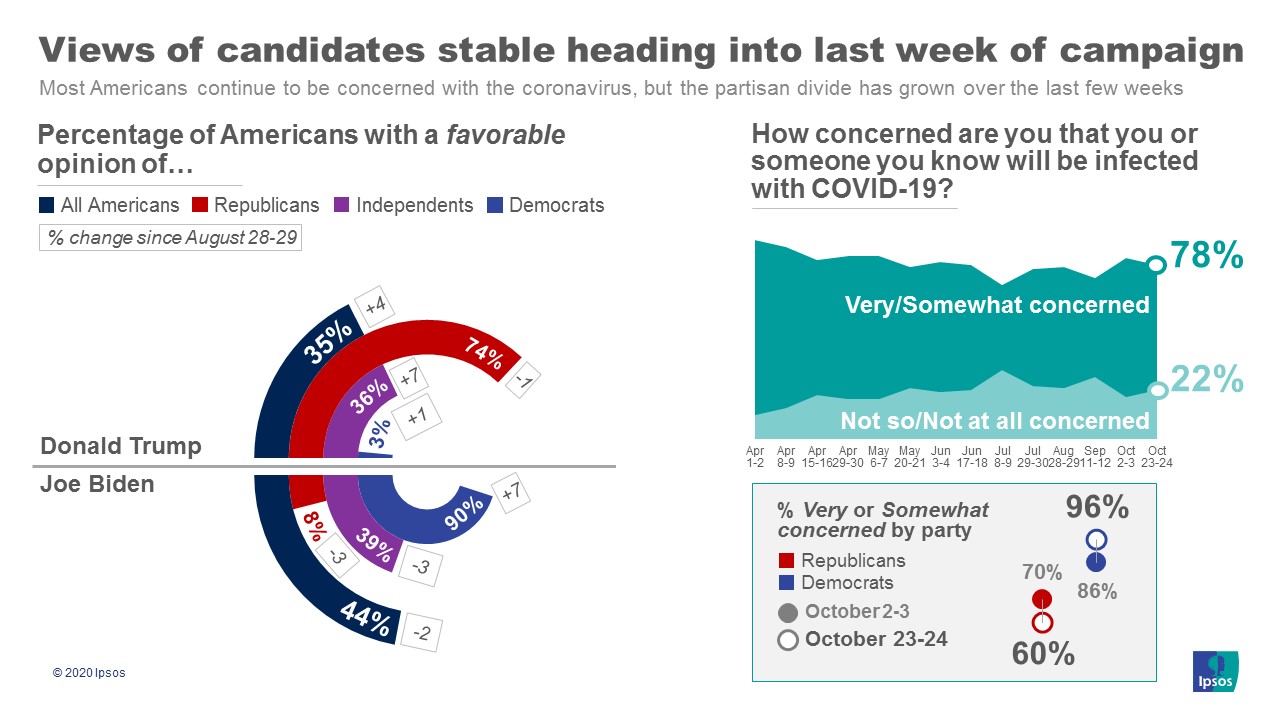 3. Views of President Trump’s handling of the coronavirus, while largely unchanged, have also improved slightly from early October.

4. Most Americans continue to be concerned about potential coronavirus infection.

This ABC News/Ipsos poll was conducted October 23 to October 24, 2020 by Ipsos using the probability-based KnowledgePanel®. This poll is based on a nationally representative probability sample of 551 general population adults age 18 or older.

The study was conducted in both English and Spanish. The data were weighted to adjust for gender by age, race/ethnicity, education, Census region, metropolitan status, household income, and party identification. The demographic benchmarks came from the 2020 March supplement of the U.S. Census Bureau’s Current Population Survey (CPS). Party ID benchmarks are from recent ABC News/Washington Post telephone polls. The weighting categories were as follows: