Concern with potential coronavirus infection has rebounded in the latest ABC News/Ipsos poll as the number of cases in the South and West surge, even as more Americans are leaving the home. This trend is connected to increases in protective actions and decreased willingness to engage in certain ‘routine’ activities.

Americans are increasingly concerned with the coronavirus as cases surge across the Southern and Western United States. 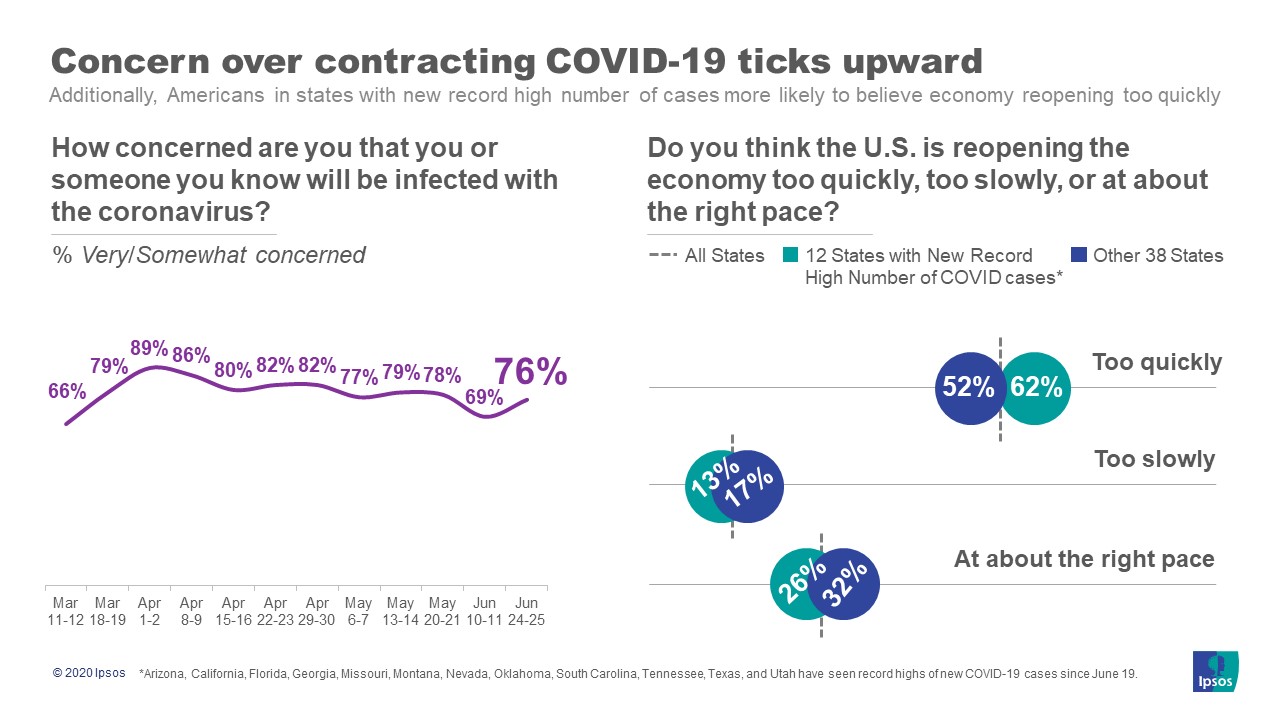 The increase in concern is connected to an increase in protective behavior and reduction in willingness to be out in public. 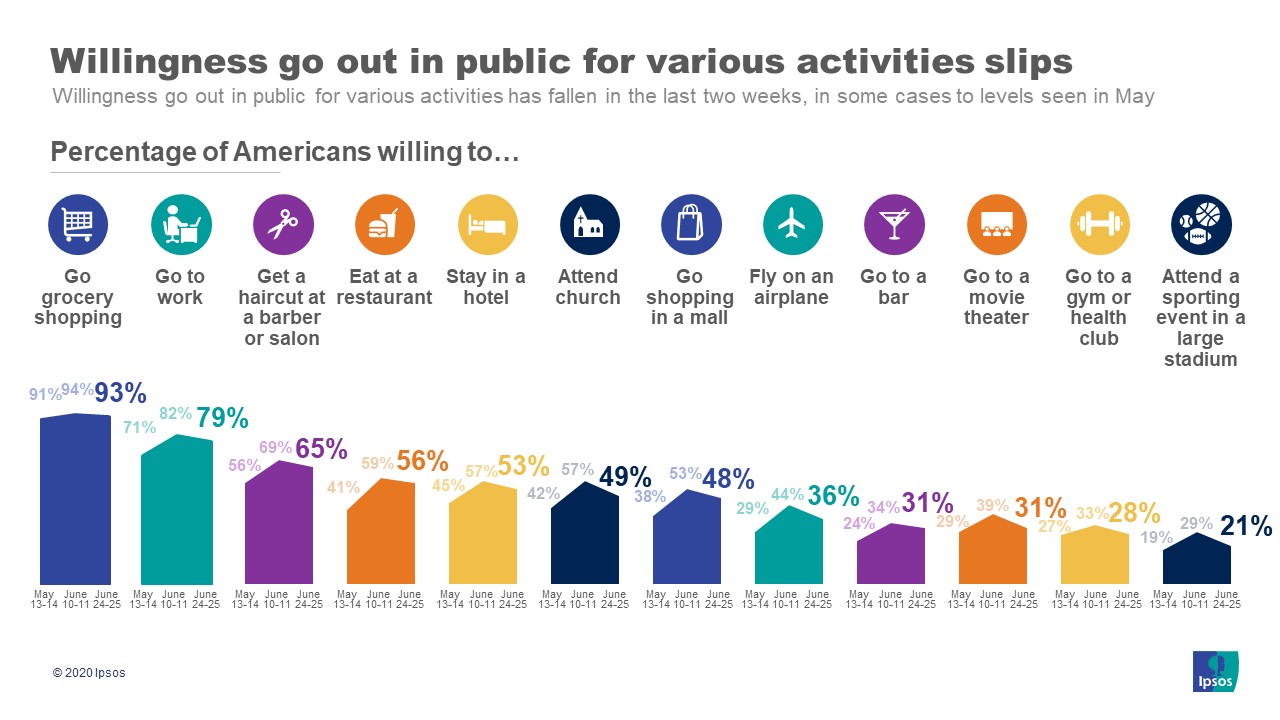 This ABC News/Ipsos Poll was conducted June 24 to June 25, 2020 by Ipsos using the probability-based KnowledgePanel®. This poll is based on a nationally representative probability sample of 579 general population adults age 18 or older.