As the pandemic forced Americans out of their comfort zones a year ago, they began to try new ways of finding food and other household goods like alcohol and electronics. New data from the Ipsos Coronavirus Consumer Tracker shows that, a year into the pandemic, nearly half of Americans (47%) have tried a new ecommerce or delivery brand, product, service or feature since the pandemic began – from grocery delivery and pre-ordered electronics to meal kits and alcohol.

When Ipsos began asking consumers about their pandemic habits in April 2020, we found that after a month of lockdowns, one-in-four Americans (25%) had already tried something new for pickup or delivery. But the number of people adopting kept expanding over the course of the pandemic, as consumers explored the economic landscape of the new normal.

“Big brands who had been investing in or were able to quickly scale new curbside and delivery options saw the greatest benefits,” said Carlos Aragon, vice president with Ipsos Mystery Shopping. “Further, brands who created an ideal customer experience were rewarded not just with repeat use, but with the new customers who kept appearing in waves as the pandemic continued.” 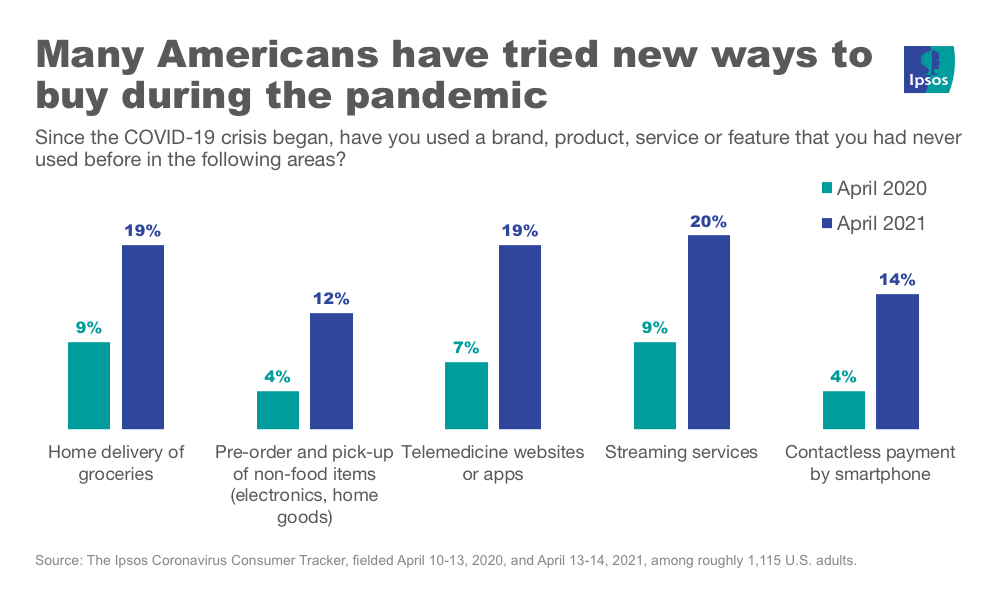 One key group has been more open in experimenting and trying new technologies: Parents. With many driven to their wits’ end by the loss of childcare or shift to e-learning, they have been quick to adopt things that make their lives easier. Across the board, people with children in their household were more likely to say they have tried new brands, products, services or features in every category we asked about. 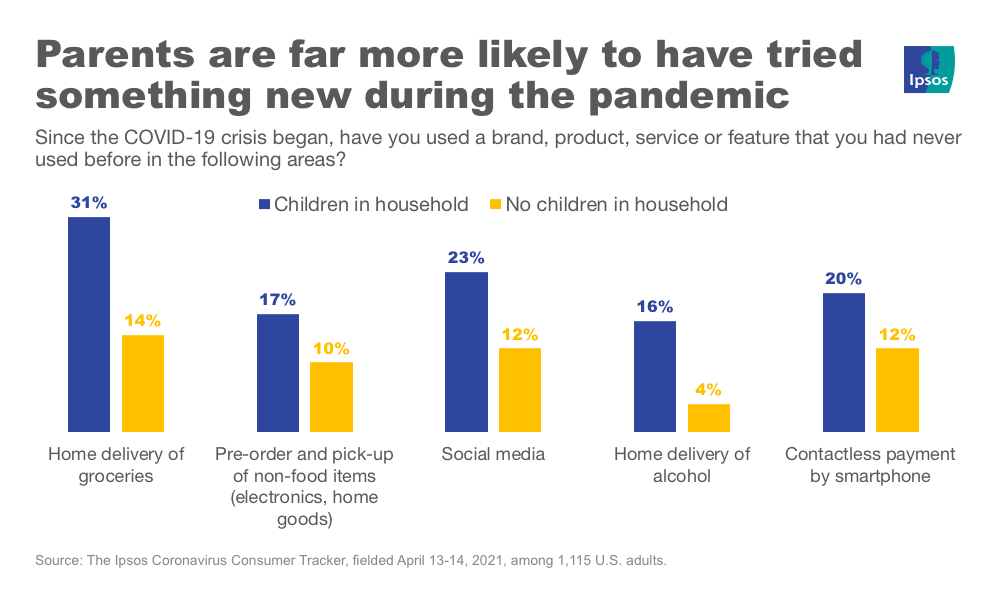 As vaccinations continue to roll out and the economy reopens, people will regain access to their old lives and habits – but many of these options are likely to stick for parents and others who come to rely on these convenient offerings that make their lives easier.