Washington, DC, October 30, 2022 -- About three in five registered voters believe abortion should be legal in all or most cases, and a plurality would be more likely to support a candidate for elected office who favors keeping abortion legal and available, according to a new ABC News/Ipsos poll. However, the economy and inflation remain the most important issues—half of registered voters cite one of these issues—in determining one’s vote for Congress next month. According to last week’s ABC News/Ipsos poll, Republicans hold an advantage over Democrats on these issues in the upcoming election. 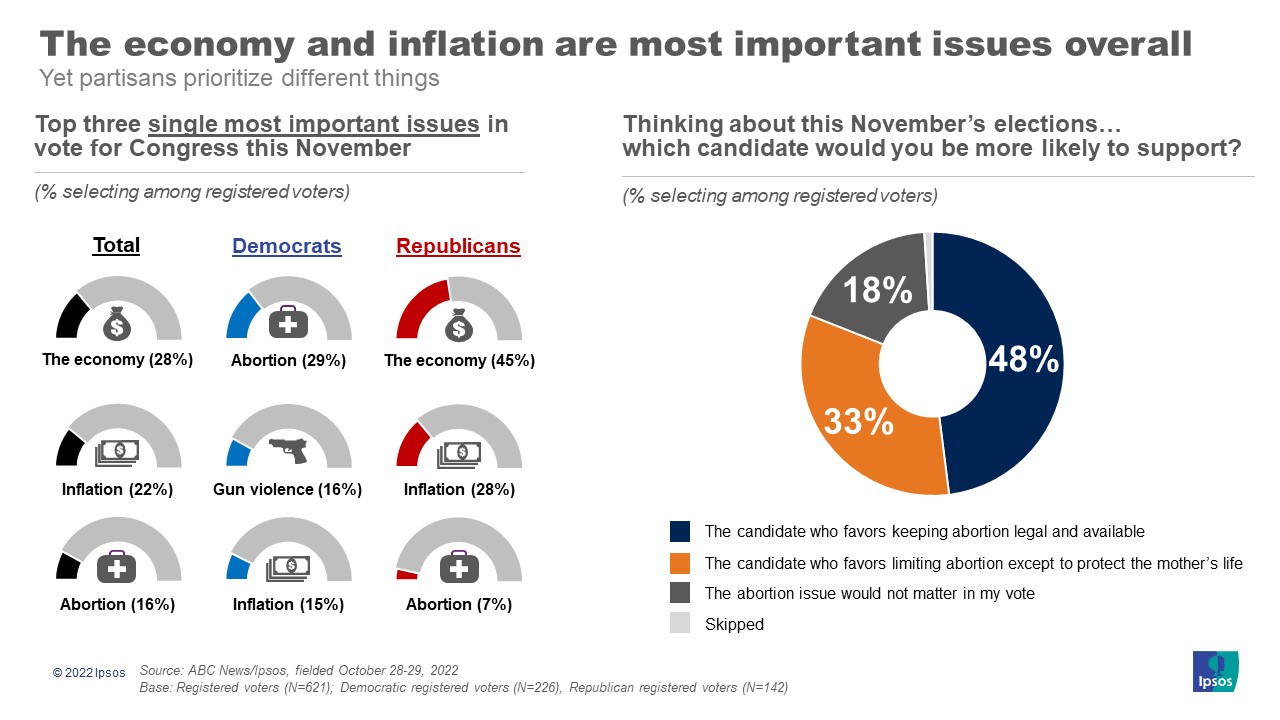 1. Half of registered voters cite the economy or inflation as their single most important issue ahead of the midterm elections. However, Democratic and Republican registered voters prioritize issues quite differently.

2. About three in five Americans, and registered voters alike, believe abortion should be legal. When looking at the potential impact on the election, a plurality – but not a majority – of registered voters would favor a candidate who keeps abortion legal over one who favors limiting abortion.

3. Americans show a slight preference toward having the same political party controlling the executive and legislative branches, but most don’t care one way or the other.

This ABC News/Ipsos Poll was conducted October 28 to October 29, 2022 by Ipsos using the probability-based KnowledgePanel®. This poll is based on a nationally representative probability sample of 729 general population adults age 18 or older with small oversamples among Black and Hispanic respondents. A total of 621 registered voters were interviewed.