Washington, DC, April 21, 2020 – With many states extending stay-at-home orders into  May or early June, a new Newsy/Ipsos poll finds that the number of Americans who are using video chat, streaming content on platforms, or scrolling through social media more often than normal has increased since mid-March. A majority report feeling like part of a community when they see family or friends virtually, but an equal number also acknowledge that they feel lonelier since social distancing began. The coronavirus pandemic has also impacted Americans’ views toward certain policy proposals, with a majority saying the virus made them more likely to support voting by mail.

1. The number reporting that they are using video chat more than normal has increased by double digits since last month. More also say they are scrolling through social media and using streaming services at a higher rate than normal. 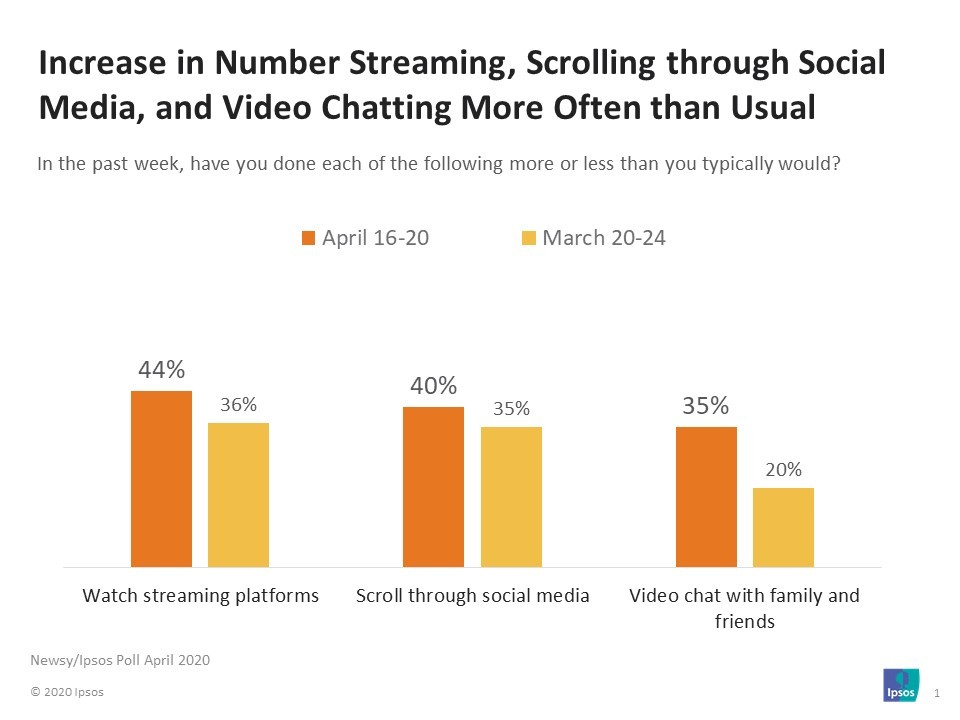 2. Equal numbers say virtual hangouts make them feel part of a community, and that they feel lonelier since social distancing began.

3. Parents are confident in their parenting abilities, but less so when it comes to planning activities for their kids.

4. A majority say they are more likely to support voting by mail because of coronavirus. The pandemic has also increased the likelihood of support for Medicare for All and a universal basic income for nearly half of Americans. 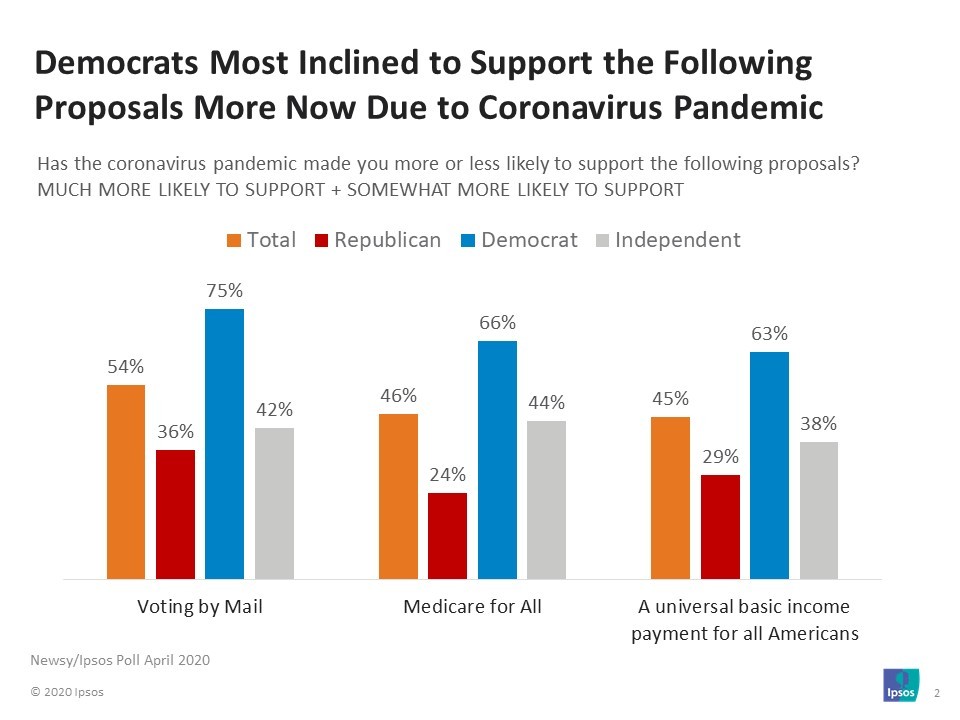 5. The worry of contracting COVID-19 is causing a third of people to delay or forgo in-person medical care.