Washington, DC, December 30, 2020 –  According to a recent NPR/Ipsos poll, a strong majority of Americans are concerned about the spread of false information and specifically that information they receive on social media is not accurate. However, there are also signs that recent misinformation, including false claims related to COVID-19 and QAnon, are gaining a foothold among some Americans.

Despite these concerns, there are signs that misinformation, most prominently around COVID-19, QAnon, and recent Black Lives Matter protests, is becoming more mainstream. 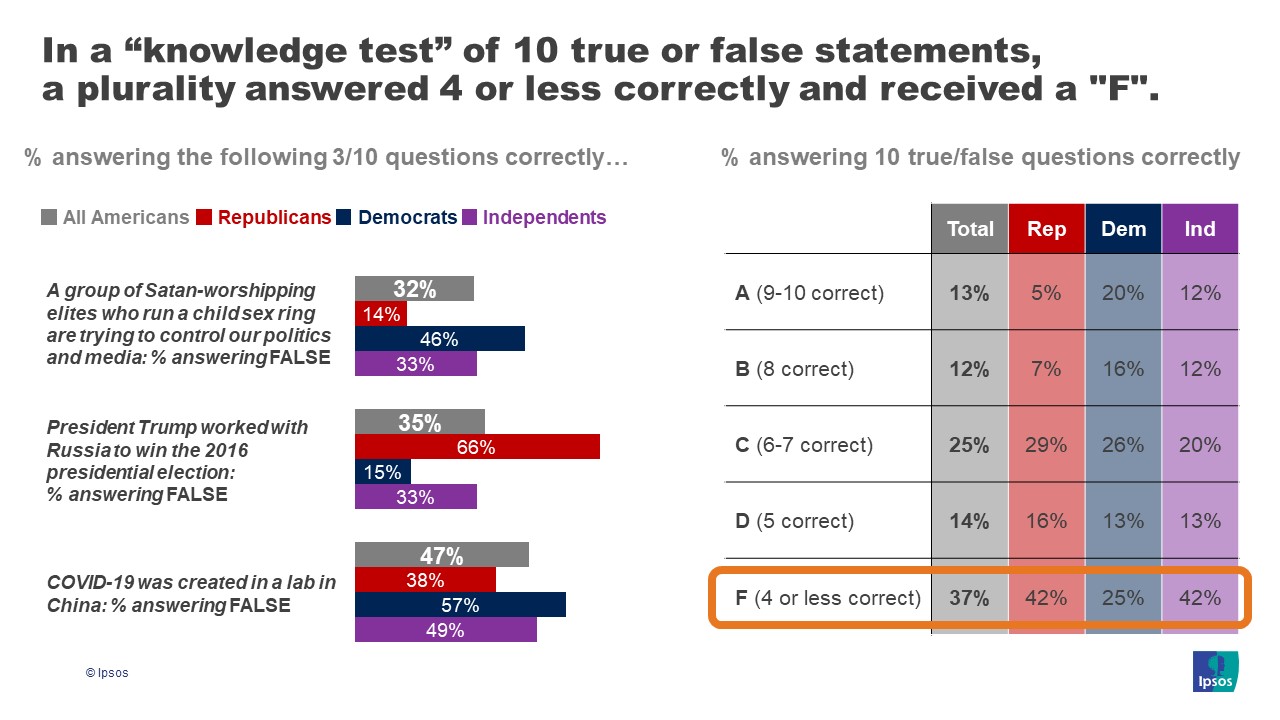 More than one in three Americans believe in the existence of a so-called “deep state;” however, most accept the results of the election and want to see a peaceful transition.

Despite the ambiguity around the origins of COVID-19, there are indications that most Americans are taking the virus seriously. For example, a majority agree there should be a law in their state requiring masks in public at all times.

Most Americans are unwilling to point fingers at a specific group of people for being more susceptible to believing conspiracy theories. Majorities say “all equally” when asked about different ages, racial/ethnic groups, partisans, or people of different education levels.

Read the story from NPR here: Even If It's 'Bonkers,' Poll Finds Many Believe QAnon And Other Conspiracy Theories

Statistical margins of error are not applicable to online non-probability polls. All sample surveys and polls may be subject to other sources of error, including, but not limited to coverage error and measurement error. Where figures do not sum to 100, this is due to the effects of rounding. The precision of Ipsos online polls is measured using a credibility interval. In this case, the poll has a credibility interval of plus or minus 3.3 percentage points for all respondents. Ipsos calculates a design effect (DEFF) for each study based on the variation of the weights, following the formula of Kish (1965). This study had a credibility interval adjusted for design effect of the following (n=1,115, DEFF=1.5, adjusted Confidence Interval= +/- 4.8 percentage points).