Three-quarters (74%) of Americans support the peaceful protests in the wake of George Floyd’s death, holding steady from the week before (73%). 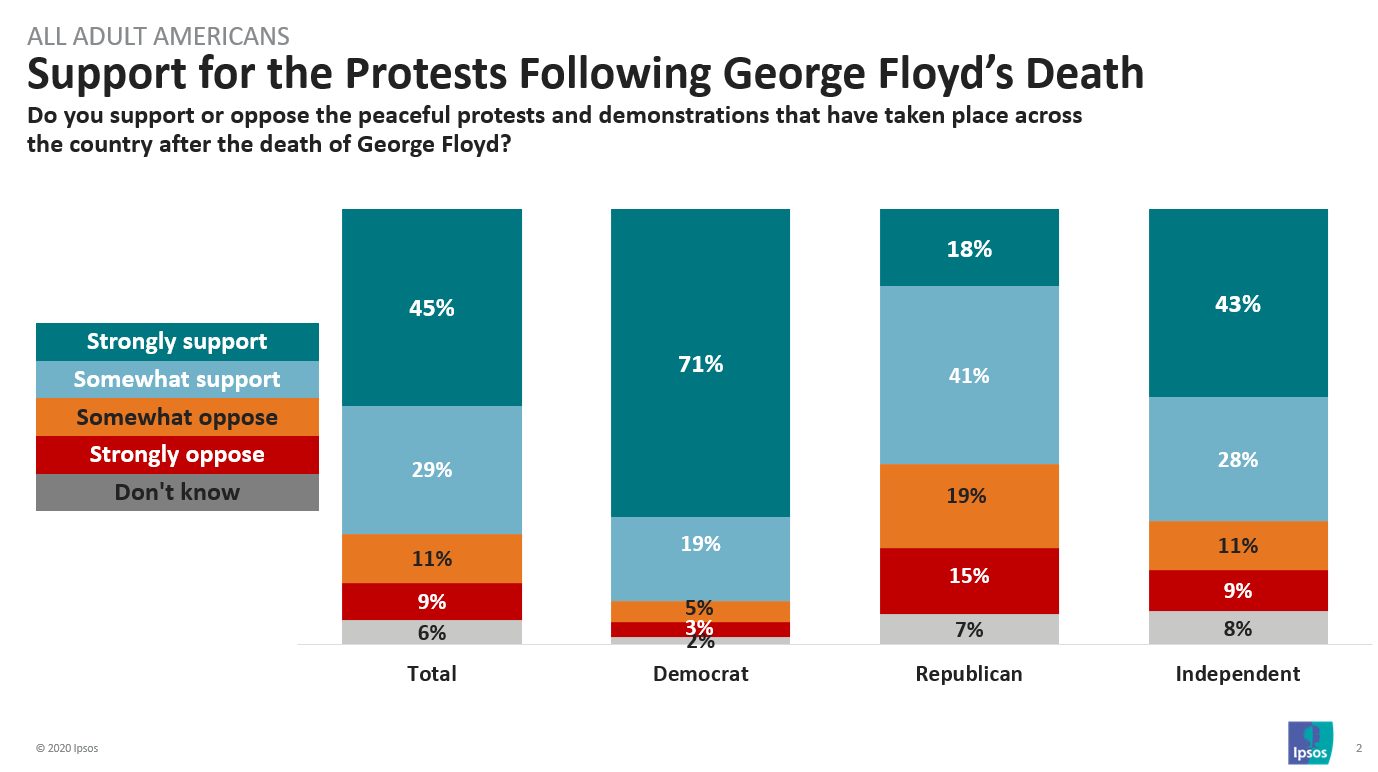 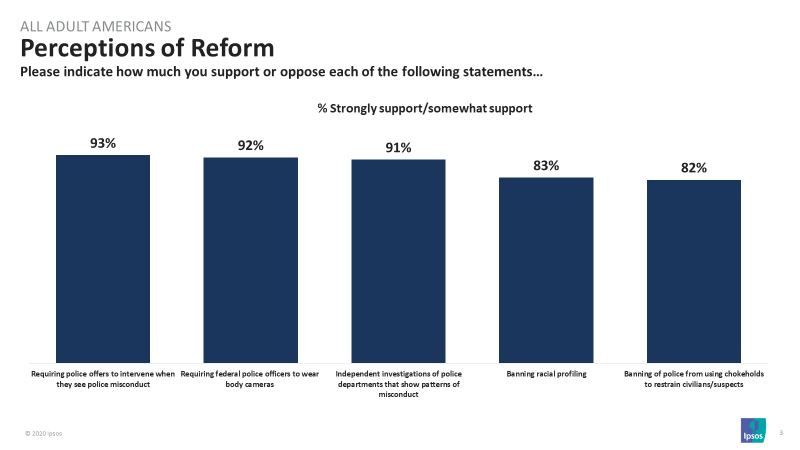 Approval of Donald Trump’s handling of the situation remains low at 32%, statistically unchanged from last week (33%). 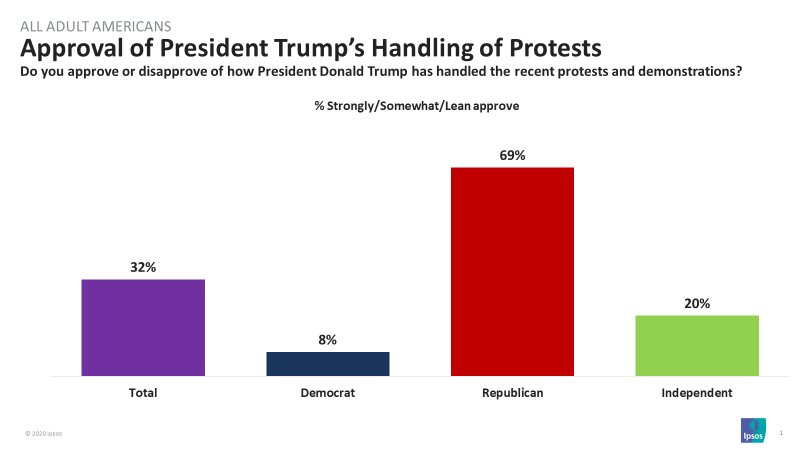 These are some of the findings of an Ipsos poll conducted between June 9-10, 2020 on behalf of Thomson Reuters. For this survey, a sample of 1,113 Americans age 18+ from the continental U.S., Alaska, and Hawaii were interviewed online in English. The sample includes 495 Democrats, 417 Republicans and 116 independents. Weighting was then employed to balance demographics to ensure that the sample's composition reflects that of the adult population according to Census data and to provide results intended to approximate the sample universe. The precision of Ipsos online polls is measured using a credibility interval. In this case, the poll is accurate to within ± 3.3 percentage points, 19 times out of 20, had all Americans been polled. The credibility interval will be wider among subsets of the population. All sample surveys and polls may be subject to other sources of error, including, but not limited to coverage error, and measurement error. The poll also has a credibility interval of ± 5.0 percentage points for Democrats, ± 5.5 percentage points for Republicans, and ± 10.4 percentage points for independents.