More than half of Americans have signed up for a new streaming service or another subscription during the pandemic, according to new data from the Ipsos Coronavirus Consumer Tracker – with young people and Americans of color most likely to have tried a new service.

The biggest winner: Disney Plus, which landed one-in-five Americans (20%) as first-time subscribers in 2020, the most of any streaming service. But many other services attracted numbers that were very close: Netflix, despite being the longest-running streaming service, attracted 18% of Americans as first-time subscribers, followed by Amazon Prime and HBO Max at 17% and Hulu at 16%. Peacock, however, trailed far behind at 9%. 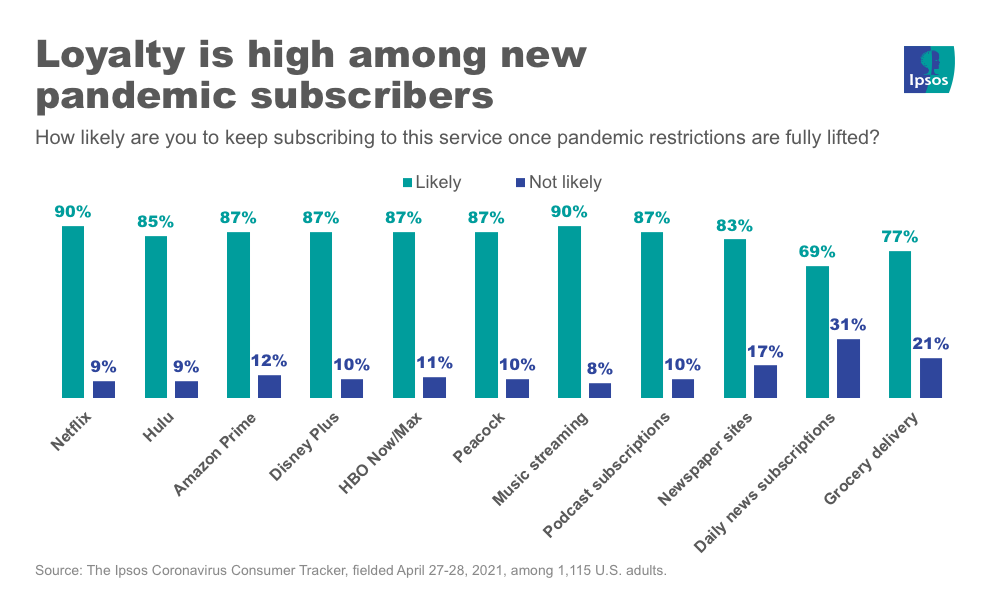 Almost all new streaming subscribers – at least four-in-five – say they’ll stick with the services after pandemic restrictions are lifted. Grocery delivery loyalty is a little softer, with 77% saying they’re likely to keep subscribing; daily news subscriptions were also soft but still strong, around 69%.

“Streaming entertainment has been the backbone of American culture during the pandemic, and customers clearly recognize that and are rewarding services with loyalty,” said Greg Conlon, a senior client officer at Ipsos. “But beneath the surface of these strong numbers, it’s even better news that these services are now reaching people of color, who hopefully are seeing more of themselves in today’s entertainment.” 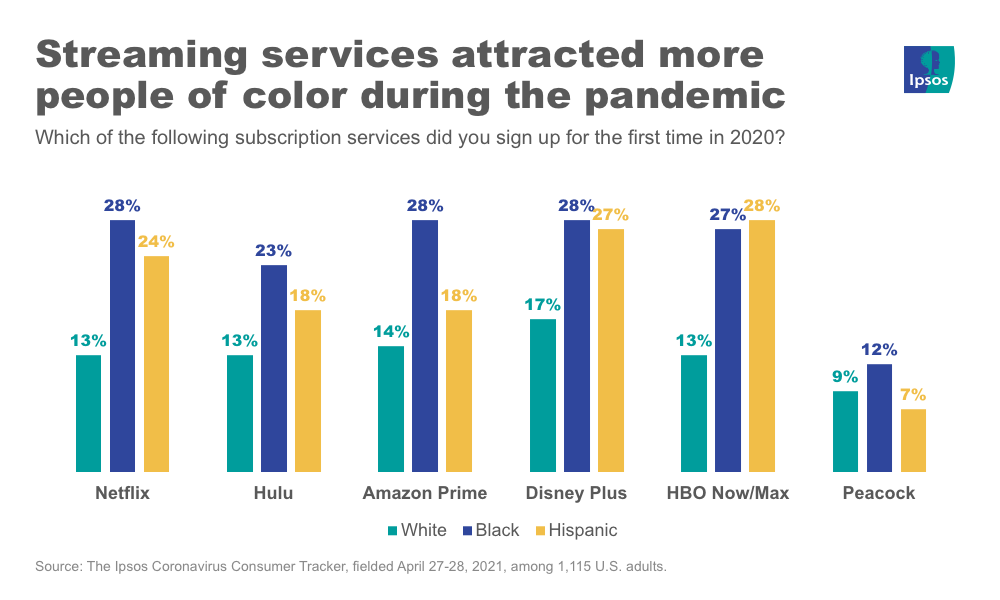 Young adults, aged 18-34, were more likely to subscribe to services across nearly every category compared to their older peers. One-in-three subscribed to Netflix (29%) or Disney Plus (33%) for the first time in 2020, far surpassing adults 35-54 or older than 55.