Washington, DC, February 8, 2021 – A new Google/Ipsos poll finds that 70% of Americans agree that they have been spending more time online this year than ever before. A majority also admit that they are more concerned now about their online safety, being hacked, and their privacy online than ever. When it comes to the security of their online accounts, less than half report being confident in these – and three quarters admit that they reuse a password for different online accounts at least occasionally. 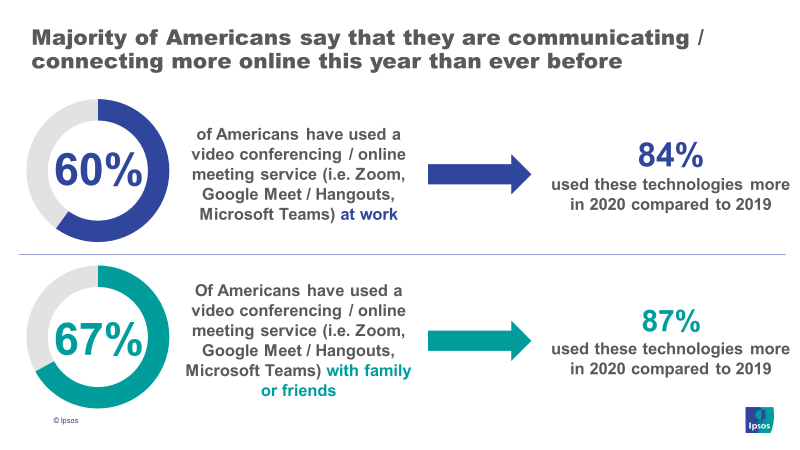 A majority (56%) report being more concerned about their online safety now than ever before. Similarly, more than half report heightened concerns when it comes to their online privacy (59%) and getting hacked (53%). On the other hand, fewer (46%) agree that they are confident about the security of their online accounts. 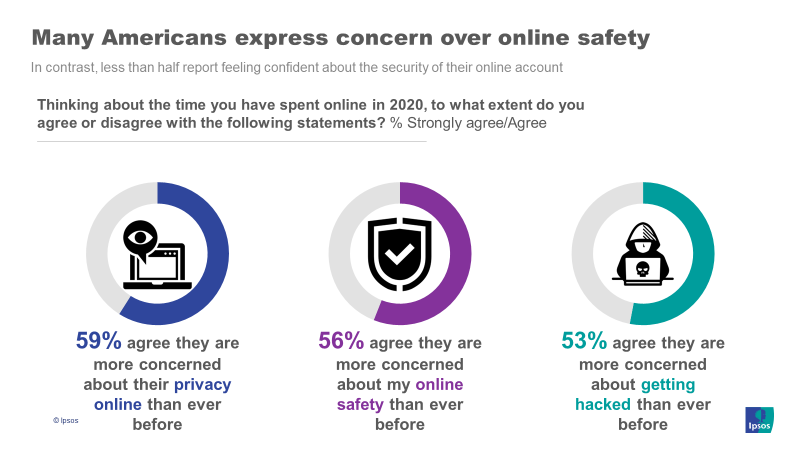 These are some of the findings of an Ipsos poll conducted between December 18-22, 2020, on behalf of Google. For this survey, a sample of 3,156 adults age 18+ from the continental U.S., Alaska, and Hawaii was interviewed online in English. The sample includes 568 Texans, 573 New Yorkers, 518 Washingtonians, 542 Illinoisans, and 177 Washington, D.C. residents.

The sample for this study was randomly drawn from Ipsos’ online panel (see link for more info on “Access Panels and Recruitment”), partner online panel sources, and “river” sampling (see link for more info on the Ipsos “Ampario Overview” sample method) and does not rely on a population frame in the traditional sense. Ipsos uses fixed sample targets, unique to each study, in drawing a sample. After a sample has been obtained from the Ipsos panel, Ipsos calibrates respondent characteristics to be representative of the U.S. Population using standard procedures such as raking-ratio adjustments. The source of these population targets is U.S. Census 2018 American Community Survey data. The sample drawn for this study reflects fixed sample targets on demographics. Posthoc weights were made to the population characteristics on gender, age, race/ethnicity, region, and education.

Statistical margins of error are not applicable to online non-probability polls. All sample surveys and polls may be subject to other sources of error, including, but not limited to coverage error and measurement error. Where figures do not sum to 100, this is due to the effects of rounding. The precision of Ipsos online polls is measured using a credibility interval. In this case, the poll has a credibility interval of plus or minus 2.0 percentage points for all respondents. Ipsos calculates a design effect (DEFF) for each study based on the variation of the weights, following the formula of Kish (1965). This study had a credibility interval adjusted for design effect of the following (n=3,156, DEFF=1.5, adjusted Confidence Interval=+/-3.5 percentage points).