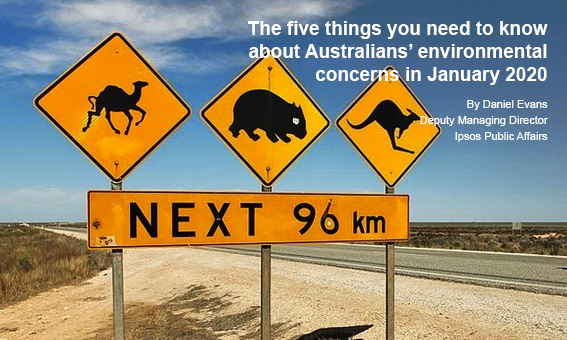 The Environment is now clearly the top issue facing Australia and, while the bushfire events created a recent surge in our collective worry, the truth is that the tide of concern has been on the rise for the past couple of years. Download the Ipsos Issues Monitor - a focus on environmental concerns infographic AND check out these five things you need to know about who is worried and why we are so concerned:

Content informing this article has been drawn from the Ipsos Issues Monitor – Australia’s longest running ongoing survey of community concerns and the Ipsos Life in Australia Report – the nation’s largest investigation into Australians’ values and liveability. Please reach out if you would like to know more about how better understanding citizens’ concerns, values and lived-experiences can positively impact the services you offer.