A majority of people in 10 of the 15 countries polled by Ipsos disagree that the economy will recover quickly once the lockdown from the coronavirus pandemic is over – suggesting a lasting impact.

At the same time, one of the countries most divided on this question is the world’s largest economy – the United States - with nearly half of those surveyed (49%) disagreeing on a quick recovery, while 43% think it will happen. 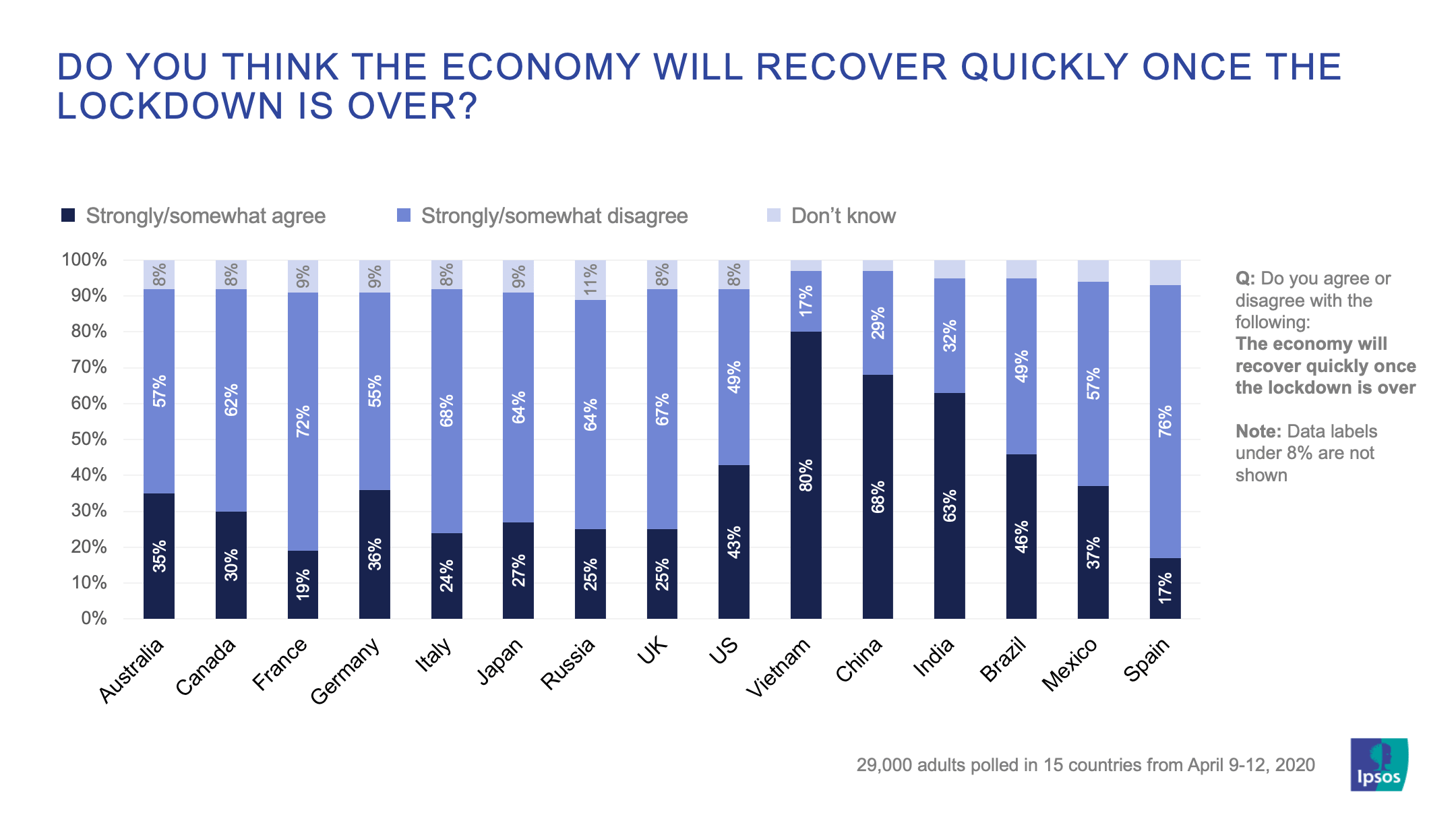 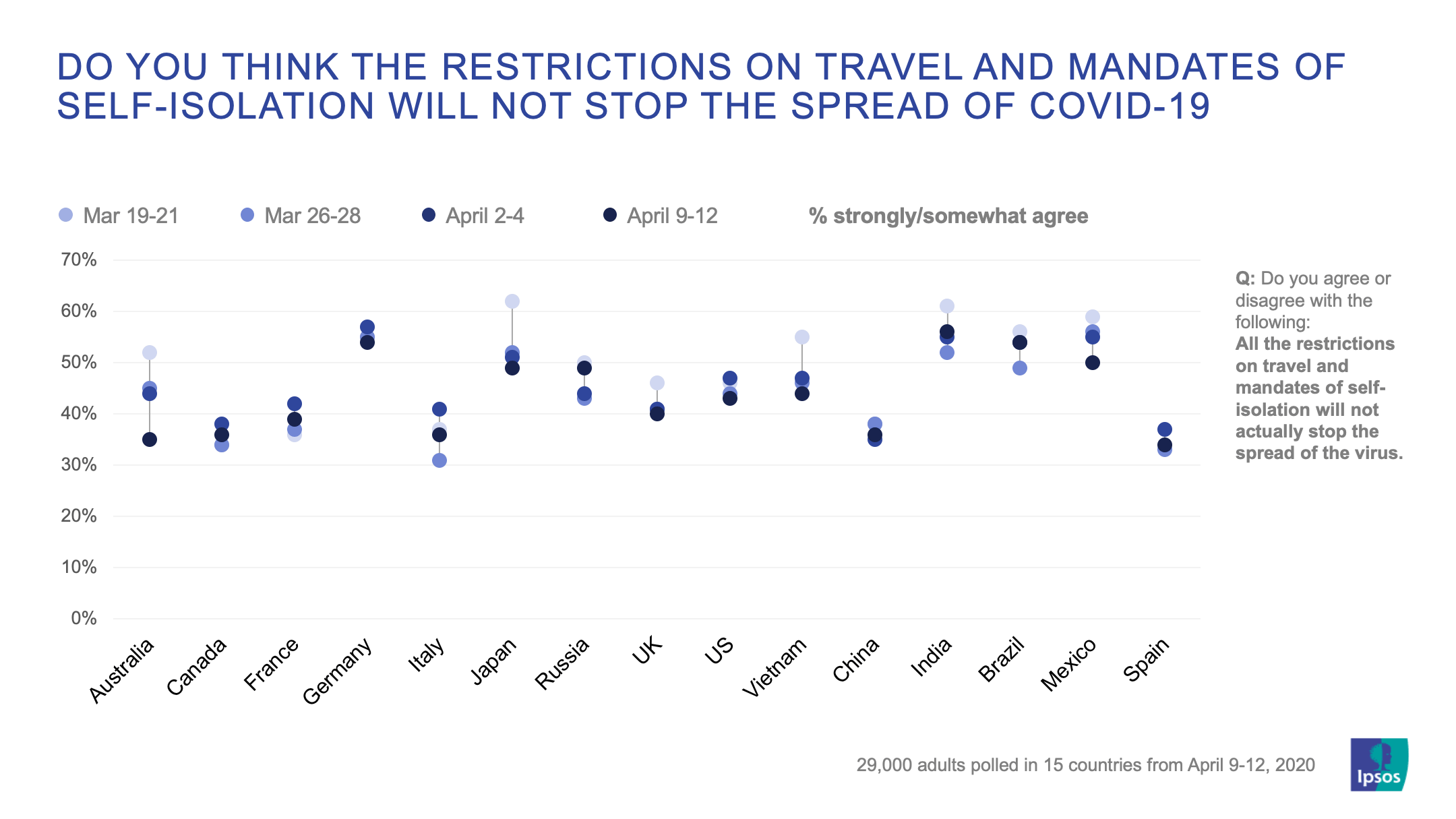