The new Ipsos poll of 5000 18-65 year olds, across five European countries (France, Germany, Italy, Spain and the United Kingdom), finds that 77% of people surveyed across the 5 countries have an awareness of the Super League, with those in the UK (88%) and Italy (85%) the most likely to say they are aware.  Just one in 10 in the UK are not aware of this issue. In France and Germany there are lower levels of awareness, at 64% and 66% respectively.
When it comes to support of the Super League and the way it functions, we see some significant differences between countries.  People in Spain are the most supportive of the four features of the Super League they were asked about, these included: 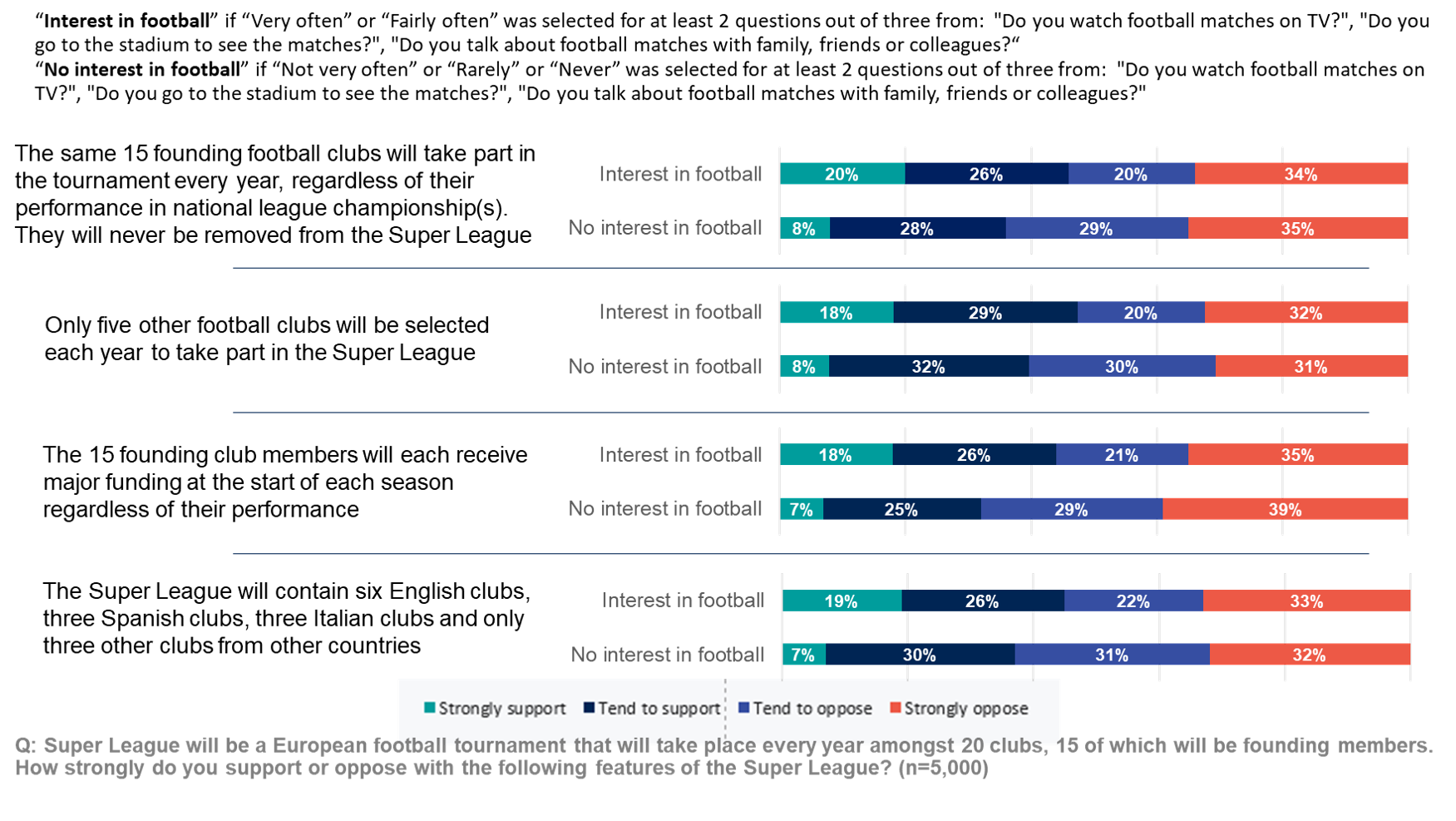 Technical note
These are the results of a 5-market survey conducted by Ipsos on its Ipsos.Digital DIY platform (https://www.ipsos.digital/). Ipsos interviewed a total of 5,000 adults aged 18-65 in the United Kingdom, France, Germany, Italy, and Spain on 20th of April 2021, between 9 and 11 PM CET.
The sample consists of 1,000 individuals in each of the 5 European markets. The samples are nationally representative and its composition best reflects the demographic profile of the adult population according to the most recent census data.
Where results do not sum to 100 or the ‘difference’ appears to be +/-1 more/less than the actual, this may be due to rounding, multiple responses, or the exclusion of “don't know” or not stated responses.
The precision of Ipsos online polls is calculated using a credibility interval with a poll of 1,000 accurate to +/- 3.5 percentage points and of 500 accurate to +/- 5.0 percentage points. For more information on Ipsos' use of credibility intervals, please visit the Ipsos website.
The publication of these findings abides by local rules and regulations.