A new survey by Ipsos MORI shows widespread agreement when it comes to division in Britain. Eighty per cent of Britons say British society is at least fairly divided these days, including 26% who say it is very divided. Only 16% disagree.

Those who voted for Labour in the 2019 General Election are significantly more likely to believe there are divisions in the country nowadays, 90% agree this is the case, compared with 77% of Conservative voters.

Thanks to surveys completed both before and after the UEFA Euro final, it appears that the reaction of England’s loss did not have an immediate impact on these perceptions of division. Two days before the football final 82% saw divisions in British society, the same as two days afterwards (although there was a small fall in those thinking society is very divided from 31% to 26%). 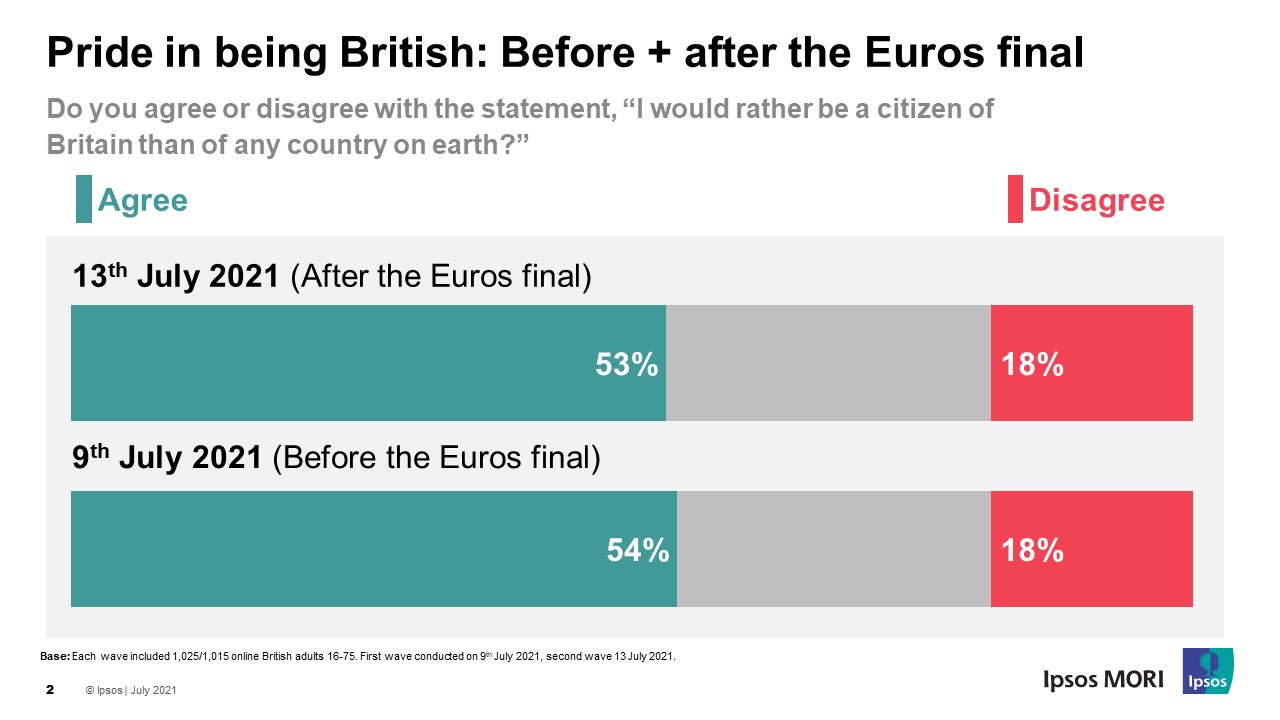 Older people are significantly more likely to be happy with their British citizenship. Almost two-thirds (64%) of those aged 55-75 agree there is not place they would rather be a citizen while only 4 in 10 (43%) of under 45s feel the same.  Conservative and Leave voters (78% and 72%) are also much more likely to agree than Labour and Remain voters (43% and 41%). 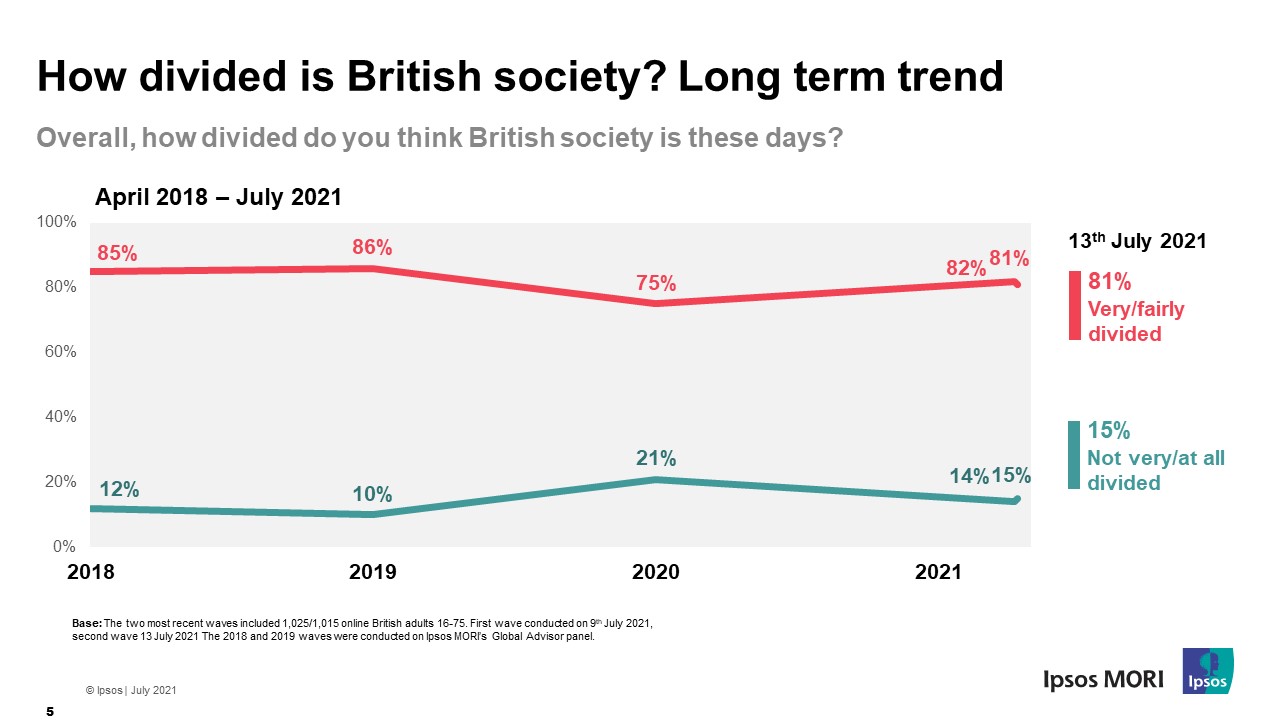 Again, there has been little change in people’s perspectives of British citizenship as a result of the Euros final. Before the match, 54% agreed they would rather be a British citizen than anywhere else, no different to the post-match finding.  Again, this is also very similar to the 56% who agreed in April 2020, albeit slightly lower than the 60% recorded five years ago.

Concerns about division in British society co-existing with national pride in our country are both long-standing characteristics of public opinion. There has been much positivity about the England team during the Euros, but some of these deeply-held values can take a long time to change (even the full impact of the pandemic is yet to play out), while differences by age and political support are still clear to see.