New global polling from Ipsos MORI finds the majority of Britons (81%) agree that our healthcare system is overstretched, compared with 55% globally.  We are also concerned about the future of the NHS, with 33% of people expecting the quality of healthcare to get worse in the coming years and just 14% expecting it to improve – we are the least optimistic on this measure, along with France. 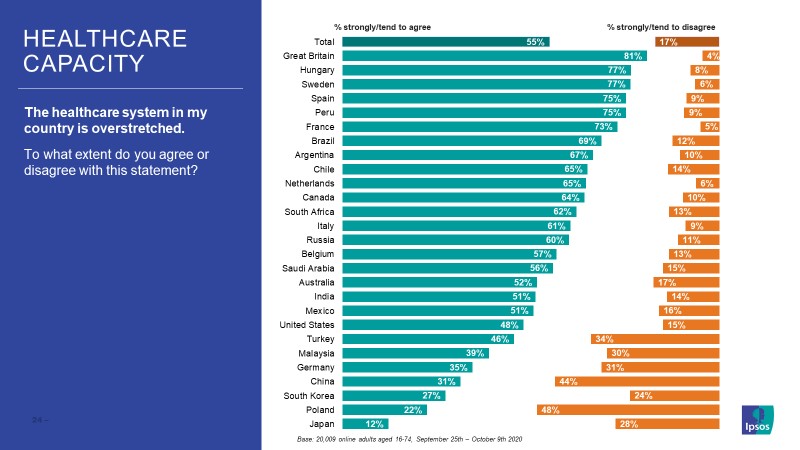 The British public think the biggest challenges for the NHS are not enough staff (49%), access to treatment/waiting times (43%) and lack of investment (37%).

However, Brits are also one of the most satisfied nations, with three quarters (74%) of people rating their healthcare as good or very good. The British have high levels of trust that they will be provided with the best treatment, with 68% agreeing, compared with 50% globally, and we also believe that everyone will receive the same standard of care (63%). 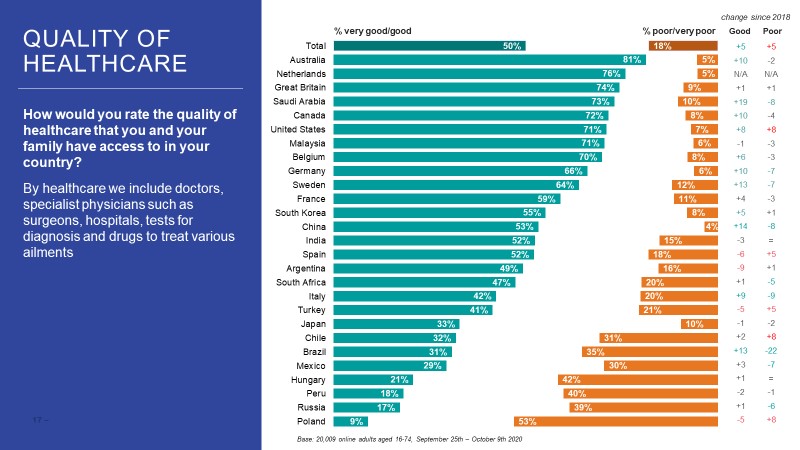 As we have seen in the past, the British public continues to value the NHS and the quality of care it provides. But they also continue to fret about its future; a concern that may be driven in equal parts by the affection people have for the NHS, and a belief that it cannot cope with the burdens placed on it, particularly now.