Almost two thirds of Britons have been spending less money overall due to the Coronavirus outbreak, with over half either already or considering saving more money. But over a third are considering or have already accessed money from savings. 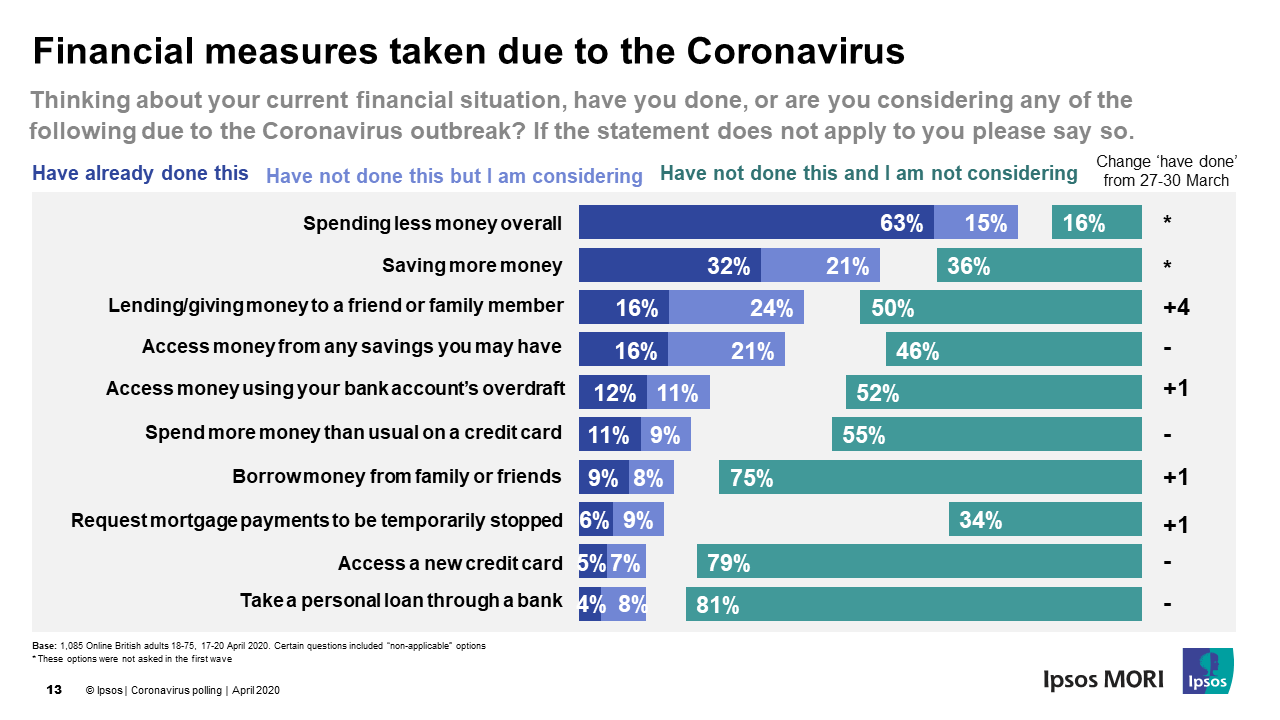 There has been a small increase in the number of people who have already lent or given money to a friend or family member since 27-30th March when Ipsos MORI last asked this question. This increase comes despite the fact that 75% of people are not even considering borrowing money from family and friends. 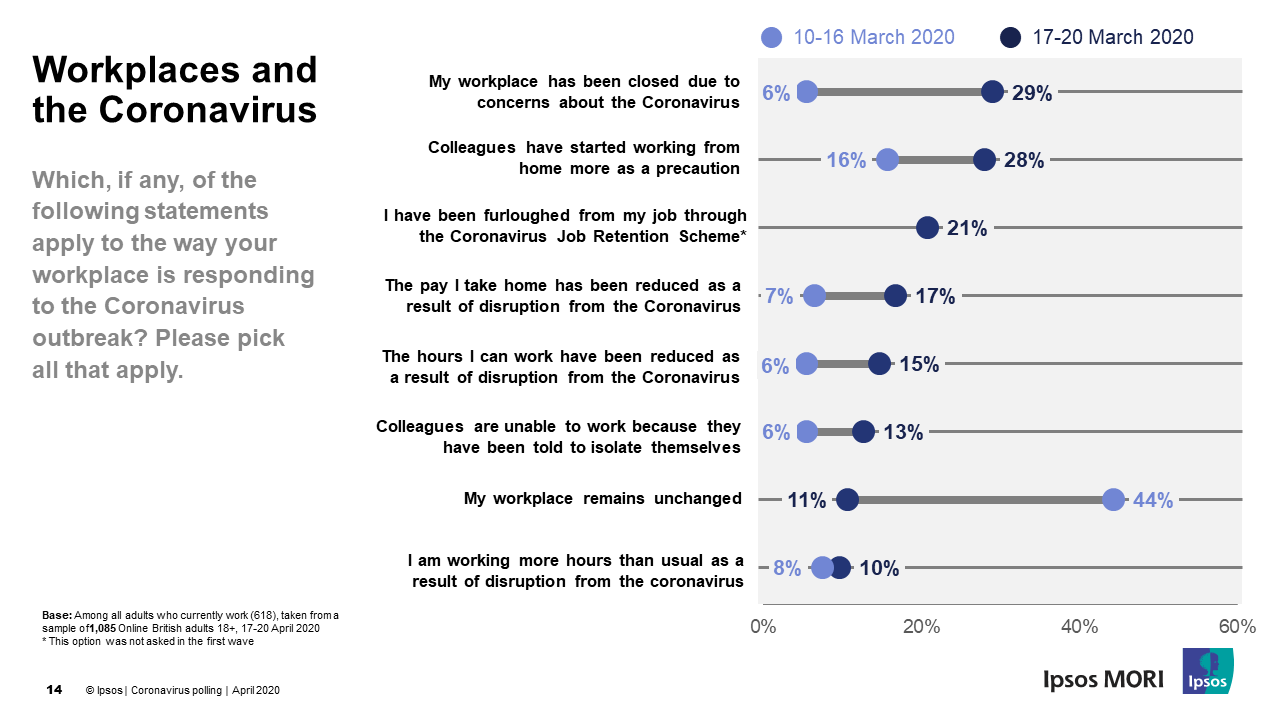 There have been significant changes to workplaces over the last month. We have seen a fifth of Britons in work placed on furlough and an increase from last month in those who are working less hours or earning less. While this will combine to have a potentially significant impact on household incomes over this difficult time, we’re also seeing a significant proportion of people telling us that they’re spending less and saving more.
It’s also important to note that there is a small but notable proportion of people who are struggling financially and accessing loans from friends and family, taking mortgage breaks or accessing new credit facilities.