The Economist/ Ipsos MORI October Issues index shows an increase in concern about the NHS, though immigration is the most important issue facing Britain

Women are much more likely to mention the NHS compared with men (41% vs 27%), indeed, for them, it is the most important issue facing Britain. Concern is also more prevalent amongst the middle aged groups – it is mentioned by 44% of ABC1s aged 35-54, compared with just a fifth (20%) of C2DEs aged 18-34. 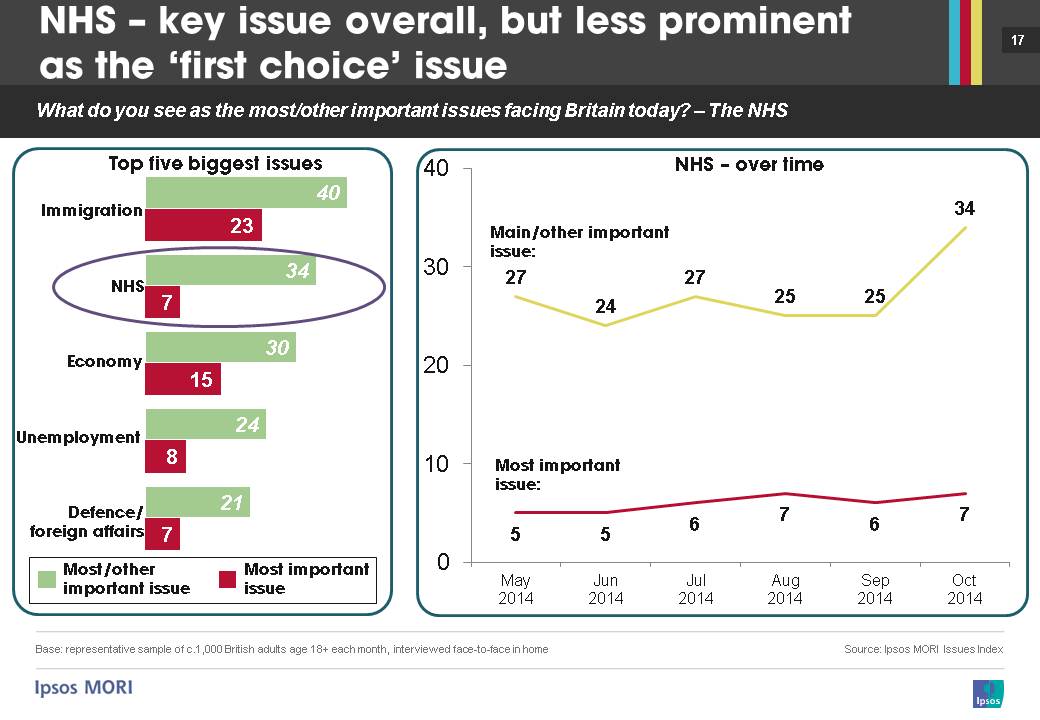 As was the case last month, three in ten (30%) mention the economy, and a quarter (24%) mention unemployment, rising to 36% of C2DEs aged 18-34, for whom it is the most important issue facing Britain.

Ipsos MORI's Issues Index is conducted monthly and provides an overview of the key issues concerning the country. Ipsos MORI interviewed a representative quota sample of 976 adults aged 18+ across Great Britain. The questions are spontaneous - i.e. respondents are not prompted with any answers.  Ipsos MORI's Capibus vehicle was used for this survey. Interviews were conducted face-to-face in-home between 10th-20th October in 184 sampling points across Great Britain. Data are weighted to match the profile of the population.