Optimism has fallen particularly among 2019 Conservative voters, from 63% last month to 49% this month (among Labour voters, there has been little change at 22% from 19%). 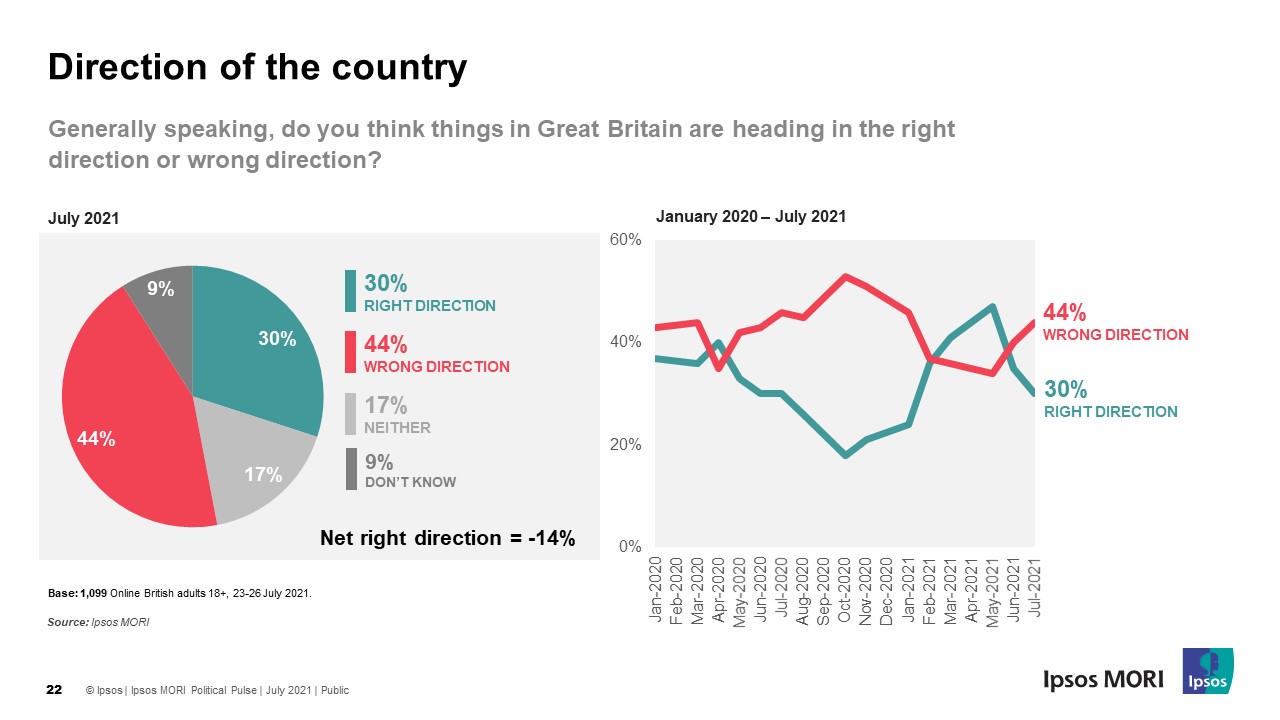 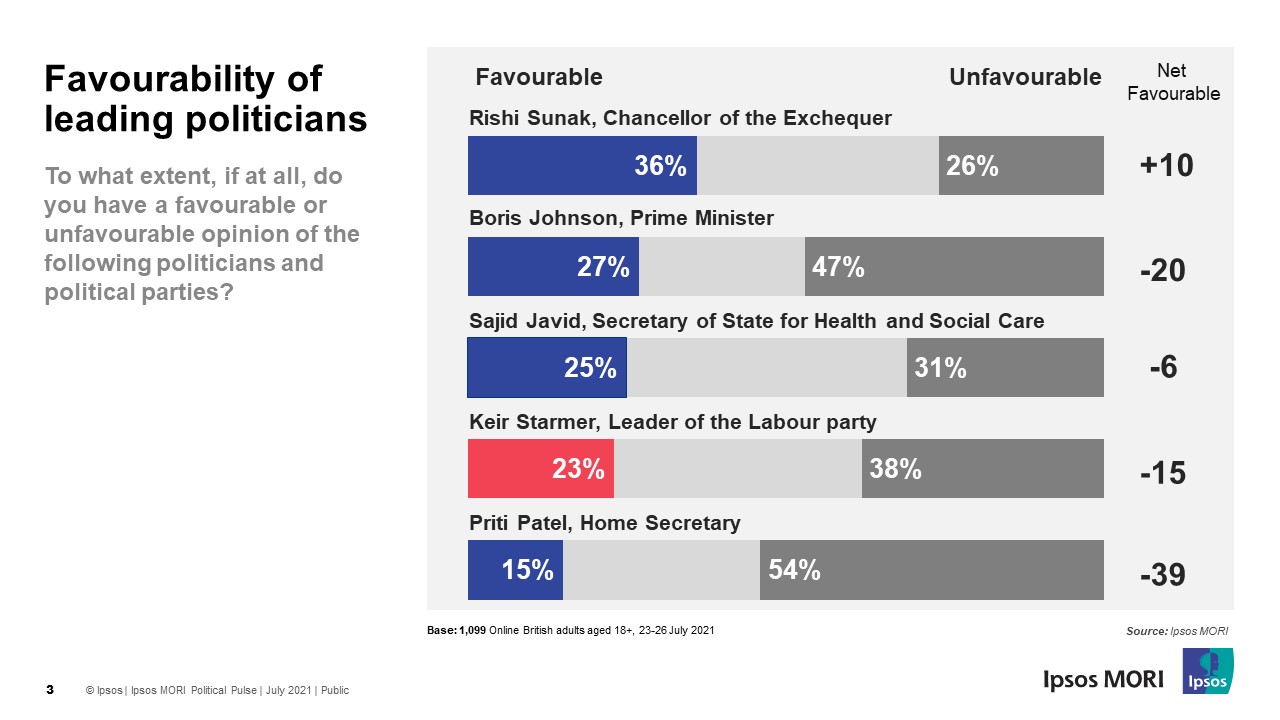 How are the Conservatives delivering in government? 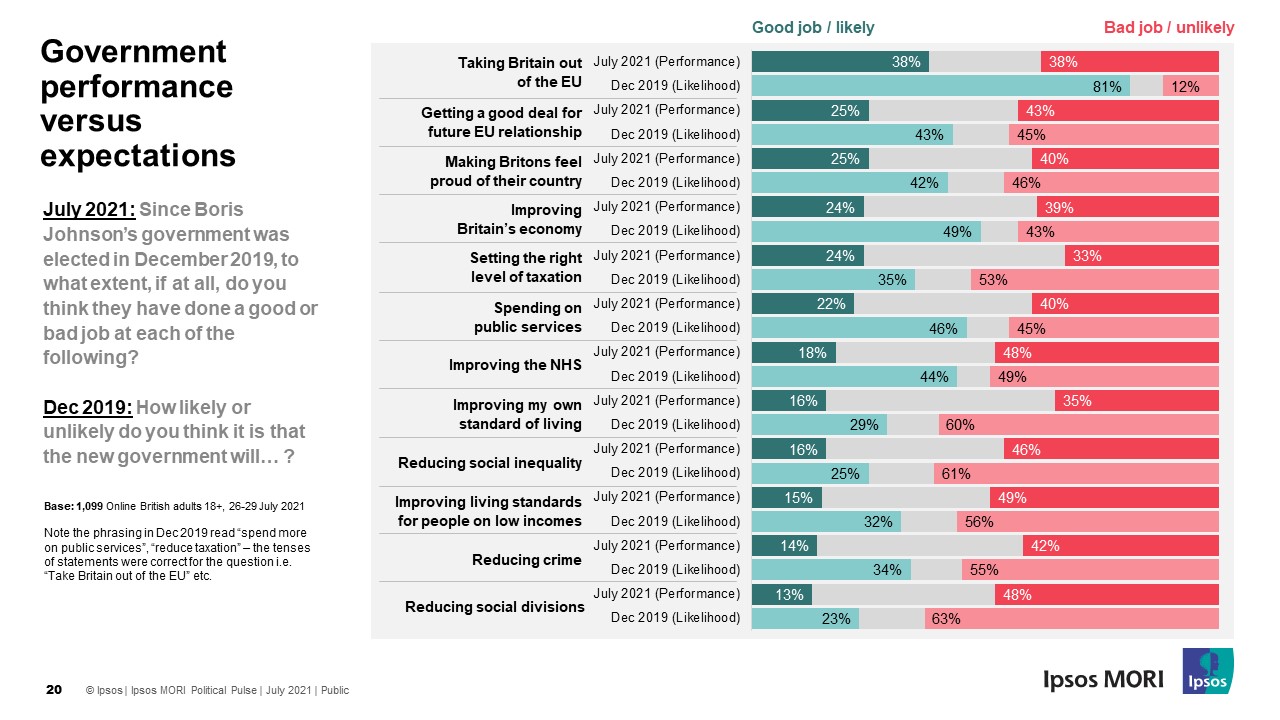 The optimistic national mood we saw in the Spring is slipping away, and with it favourability towards Boris Johnson and his party.  Having said that, there is still little sign so far of Keir Starmer and Labour pulling strongly ahead in the public’s affectations, although they have at least arrested their own fall.
When it comes to delivery, Britons were expecting the Prime Minister to take the country out of Europe, and on this his ratings are highest.  Expectations were much lower that his government would reduce inequalities or divisions, but he may be more concerned about the gap in outcomes the public thought were more achievable – such as demonstrating improvements in the economy across the country as a whole, and spending on public services – particularly to improve the NHS.

Ipsos MORI interviewed a representative sample of 1,099 British adults aged 18+. Interviews were conducted online from 23rd – 26th July 2021. Data are weighted to match the profile of the population. All polls are subject to a wide range of potential sources of error.