Most Britons lack confidence that life in Britain will mainly be back to normal by Christmas, according to the latest Ipsos MORI Political Monitor. The question was split-sampled, with half the sample being just asked how confident they were that life in Britain would be mainly back to normal by Christmas, and half being reminded of the Prime Minister’s statement that “It is my strong and sincere hope that we will be able to review the outstanding restrictions and allow a more significant return to normality from November at the earliest - possibly in time for Christmas”. Without reminding, the poll shows nine in ten (89%) have no or little confidence things will be back to normal by Christmas, with just one in ten (10%) being confident. When reminded of Boris Johnson’s quote respondents showed slightly more optimism with 18% being confident normality will return by Christmas, but still eight in ten (82%) say they are not confident. 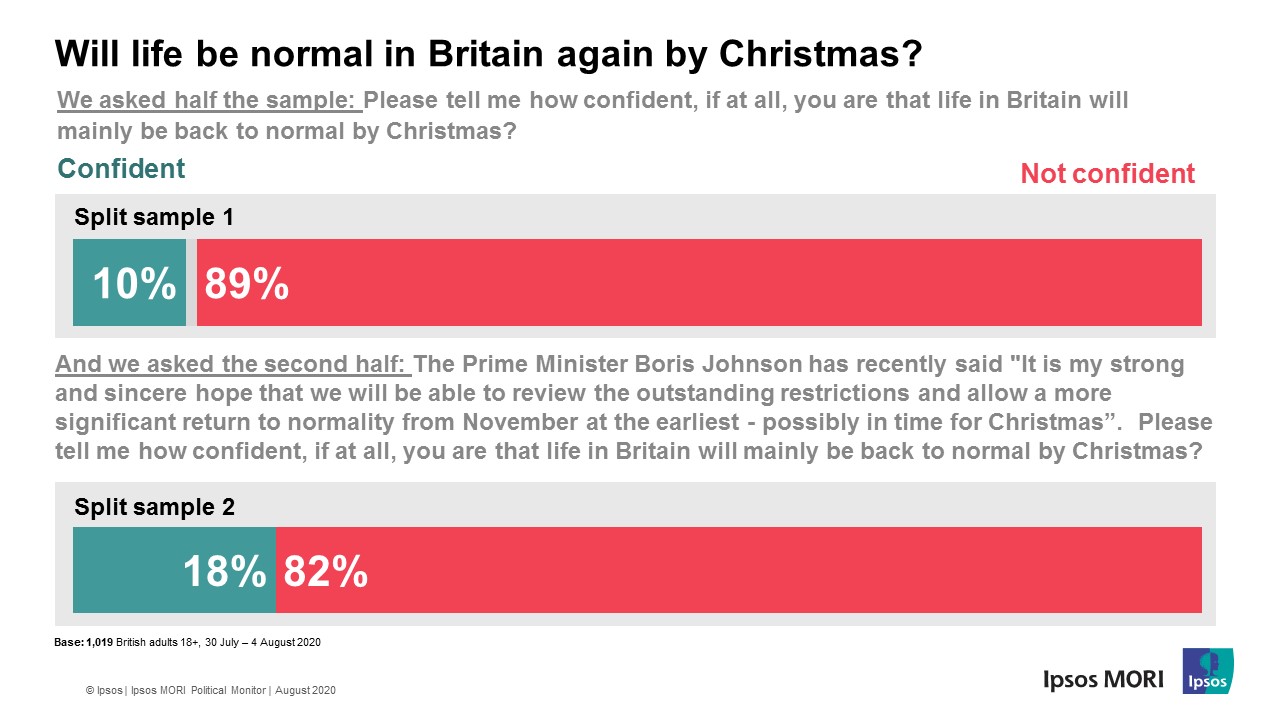 Britons remain concerned about the coronavirus and are preparing for a long haul with few expecting a return to normality any time soon. Having said that, around half are prepared for schools to fully reopen and the furlough scheme to end in the Autumn, but many young people in particular are worried these are coming too soon

Ipsos MORI interviewed a representative sample of 1,019 adults aged 18+ across Great Britain. Interviews were conducted by telephone 30th July – 4th August. Data are weighted to the profile of the population. All polls are subject to a wide range of potential sources of error. On the basis of the historical record of the polls at recent general elections, there is a 9 in 10 chance that the true value of a party’s support lies within 4 points of the estimates provided by this poll, and a 2 in 3 chance that they lie within 2 points.