A new poll from Ipsos MORI for BBC Scotland finds that the Scottish public rate the First Minister’s and the Scottish Government’s handling of the coronavirus crisis much more highly than Boris Johnson’s or the UK Government’s.

Over three quarters (78%) of Scots think the Scottish Government has handled the crisis well so far, compared with 34% who say the same of the UK Government. 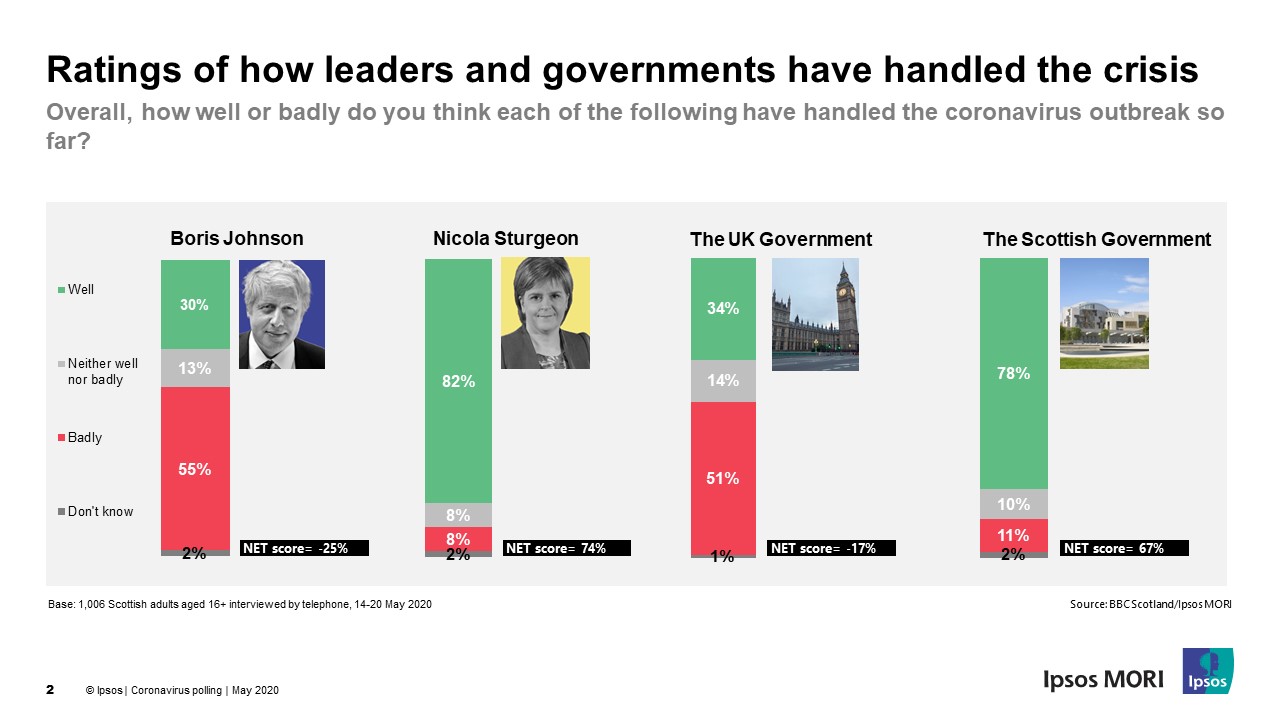 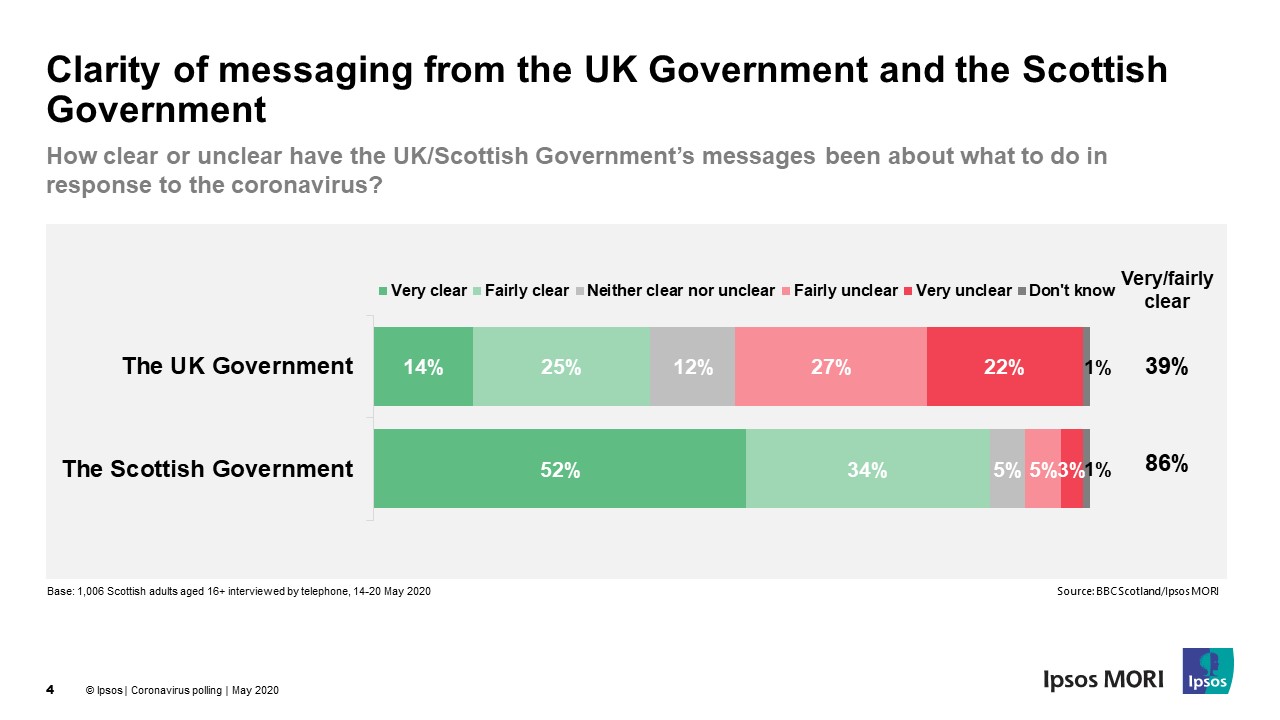 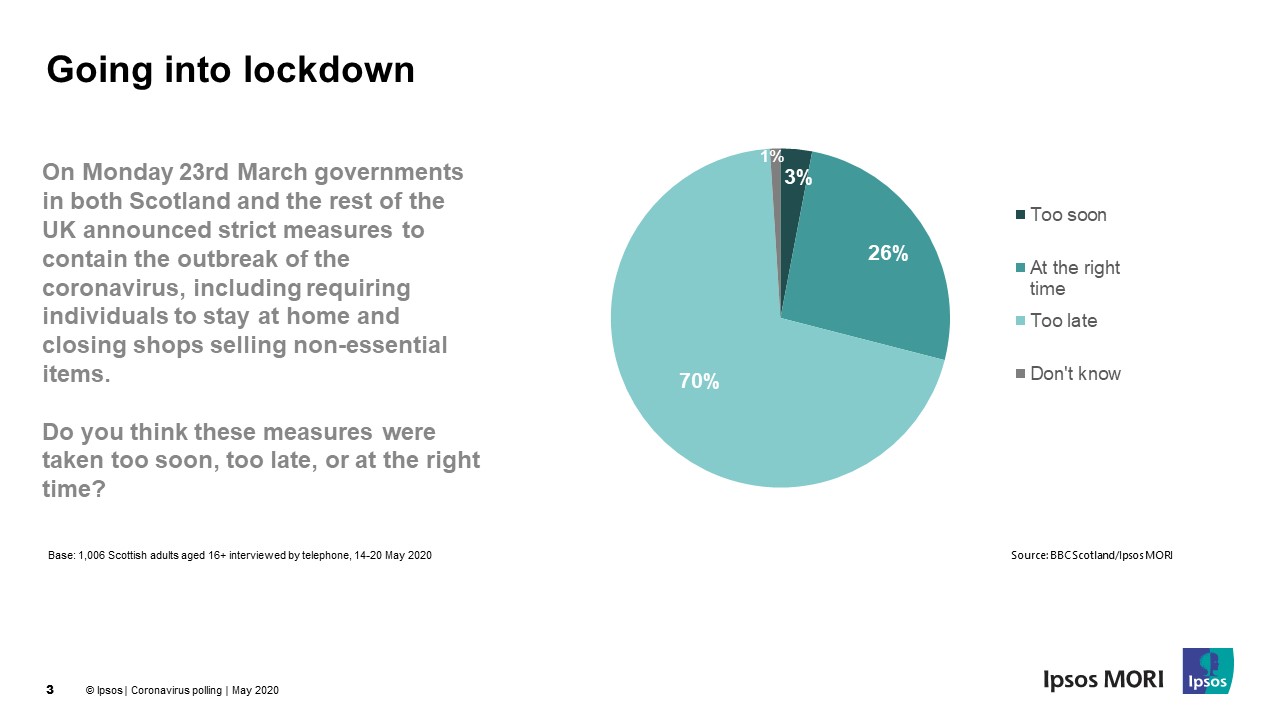 When it comes to easing specific restrictions, views differ depending on the measure in question. Most support the idea of being able to meet a friend or family member who is not from your household outside: 77% think this should be permitted now, 21% think it should not (note that the survey was carried out before the First Minister’s announcement on 21 May that this would be permitted from 28 May onwards). On other measures, Scots are divided on whether people should return to work if they are not able to work from home: while 42% say this should be permitted now, 46% say it should not. Many more oppose (64%) than support (30%) the idea of shops selling non-essential items being permitted to re-open now. 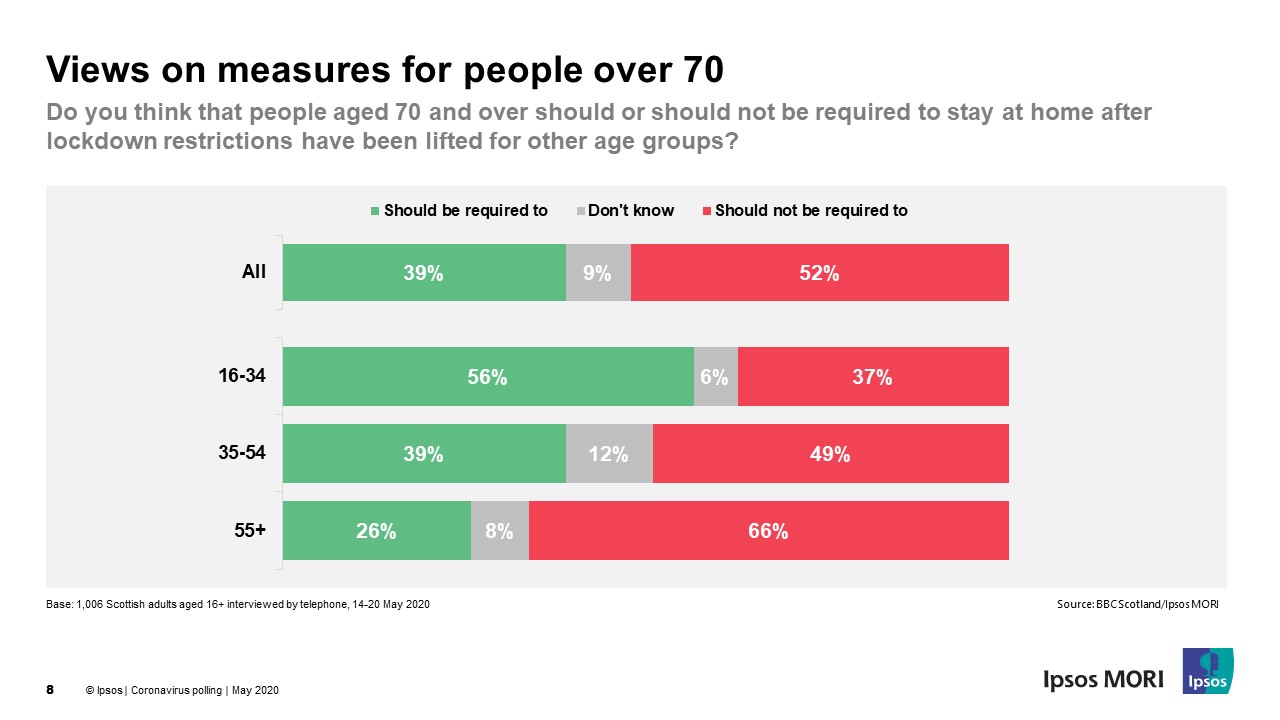 These findings will come as very positive news for the First Minister and the Scottish Government, with a clear majority of Scots saying they have handled the coronavirus outbreak well. The Scottish public overwhelmingly say the Scottish Government’s messages about the coronavirus have been clear. This is in sharp contrast to how they feel about the UK Government’s messages, which two in five Scots say have been unclear. But the communications challenge will arguably become more difficult over the coming weeks and months as lockdown restrictions begin to be lifted.
While the Scottish public believe we entered lockdown too late, we are nervous about moving out of lockdown too quickly. We are divided on whether those who cannot work from home should be permitted to return to work at present, and those with children will need considerable reassurance if they are to feel comfortable sending their children back to school.

Ipsos MORI interviewed a representative sample of 1,006 Scottish adults aged 16+ by telephone between 14th and 20th May 2020. Data are weighted to the profile of the population.