Despite the events of the last few months, a new Ipsos survey shows 77% of Britons say they are very or fairly happy, putting them among the happiest countries in the world (research was carried out from 24 July to 7 August in 27 countries around the world). However, unsurprisingly, this proportion has dropped since the same question was asked in June 2019, from 82%. Globally, an average of 63% say they are happy.

Britons are most likely to get their happiness from their relationship with a partner/ spouse (45%), their health/ physical wellbeing or their children (both 41%). Despite worries about the economy, shown in the Ipsos MORI Issues Index, having more money is less of a factor, with one in four (25%) saying this is a source of the greatest happiness,  while only 13% say being recognized as successful is key to their contentment. While relationships are important to Britons, only 1 in 5 (21%) say a good sex life is a great source of happiness.

Globally, health and physical wellbeing is the most common source of happiness, 55% say this provides them with great happiness. A relationship with a partner/ spouse is seen as a key cause by half (49%) while the same proportion derive great happiness from their children. 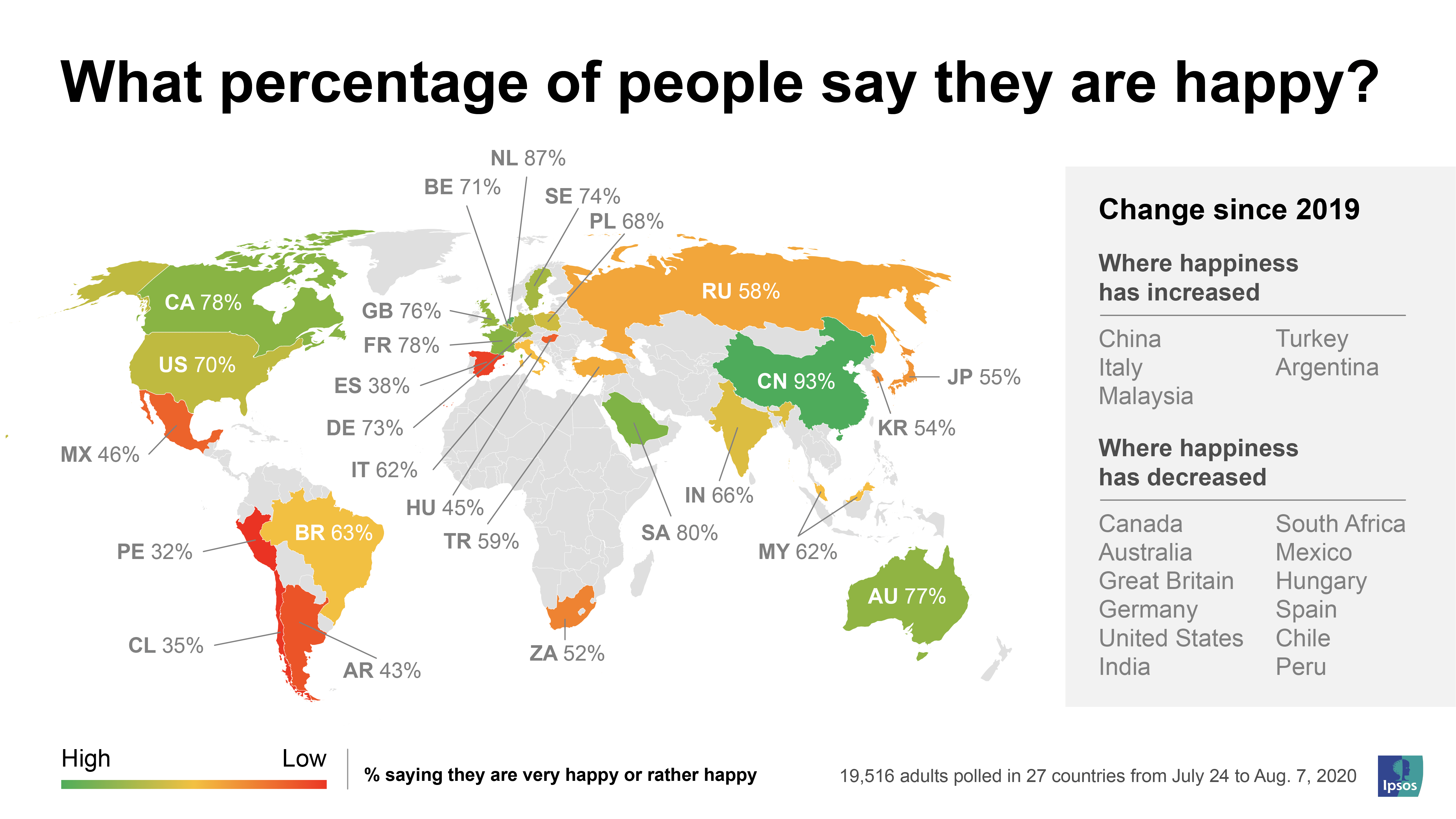 Other global findings include:

Despite a tumultuous year of the pandemic and recession, overall the British remain relatively happy compared to much of the world - and our perception of how happy we are has fallen only slightly, down from 82% to 76% over the last year.  Overall we say our relationships are a bigger source of happiness than money - and these will hopefully sustain us in tough times ahead.