However, people are now significantly less likely to say they would speak highly of the police in their local area compared with three years ago. In 2018, four in ten 10 (40%) Britons said they would speak highly of their local law enforcement, now only 29% feel the same way. Although, there has been no change in the proportion of people who would be critical of local police; 17% now compared with 18% in 2018. 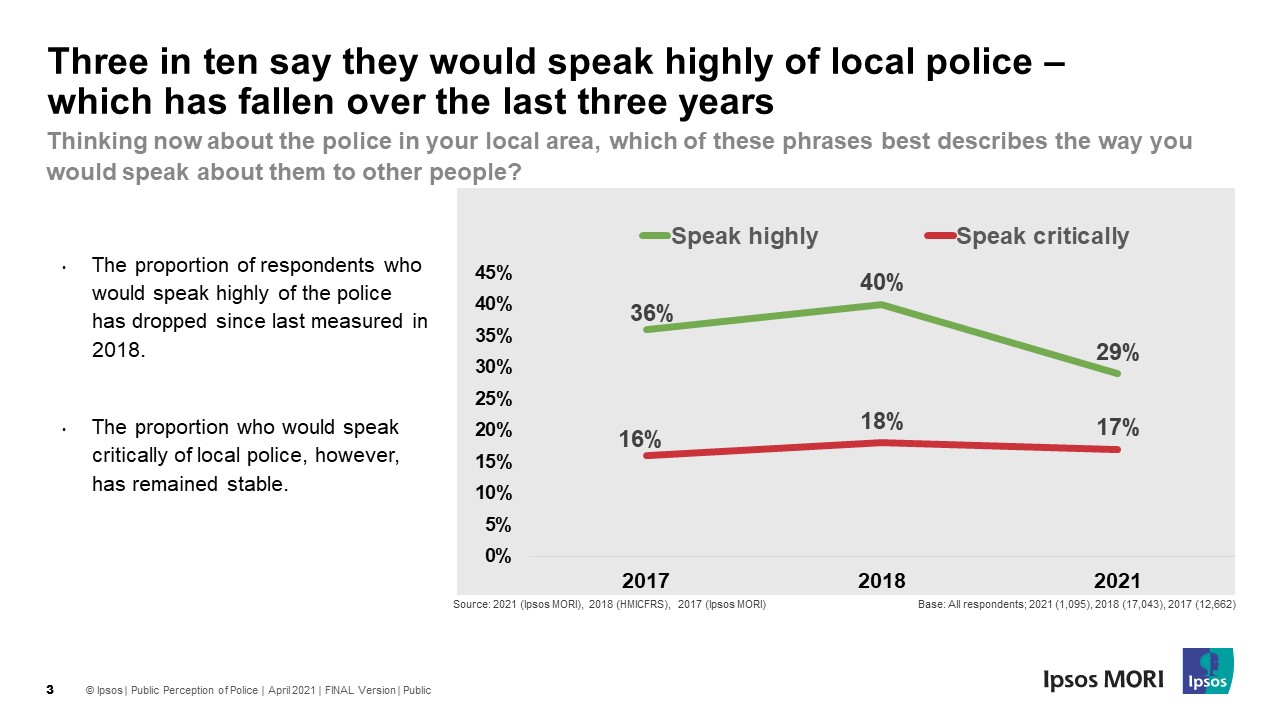 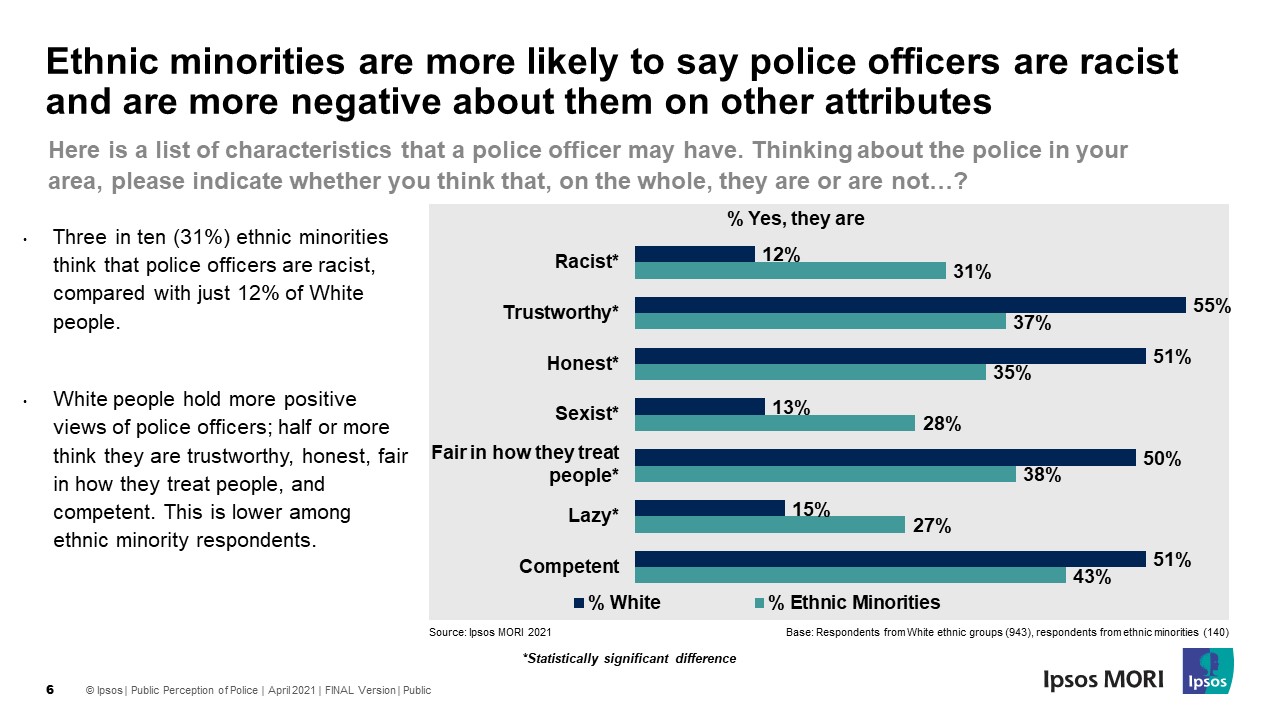 On the whole people are positive about the police and how effective they are at policing although there is clearly less confidence in their ability to protect people online.
The findings also suggest that recent events, such as the Sarah Everard vigil, may have had an impact on the extent to which people are willing to talk highly about the police compared with a few years ago. And while comparisons between ethnic groups need to be treated with caution due to small sample sizes – there is some evidence to suggest that while ethnic minorities do view the police more negatively on some attributes, this negative perception doesn’t necessarily translate into them seeing the police as being less effective.