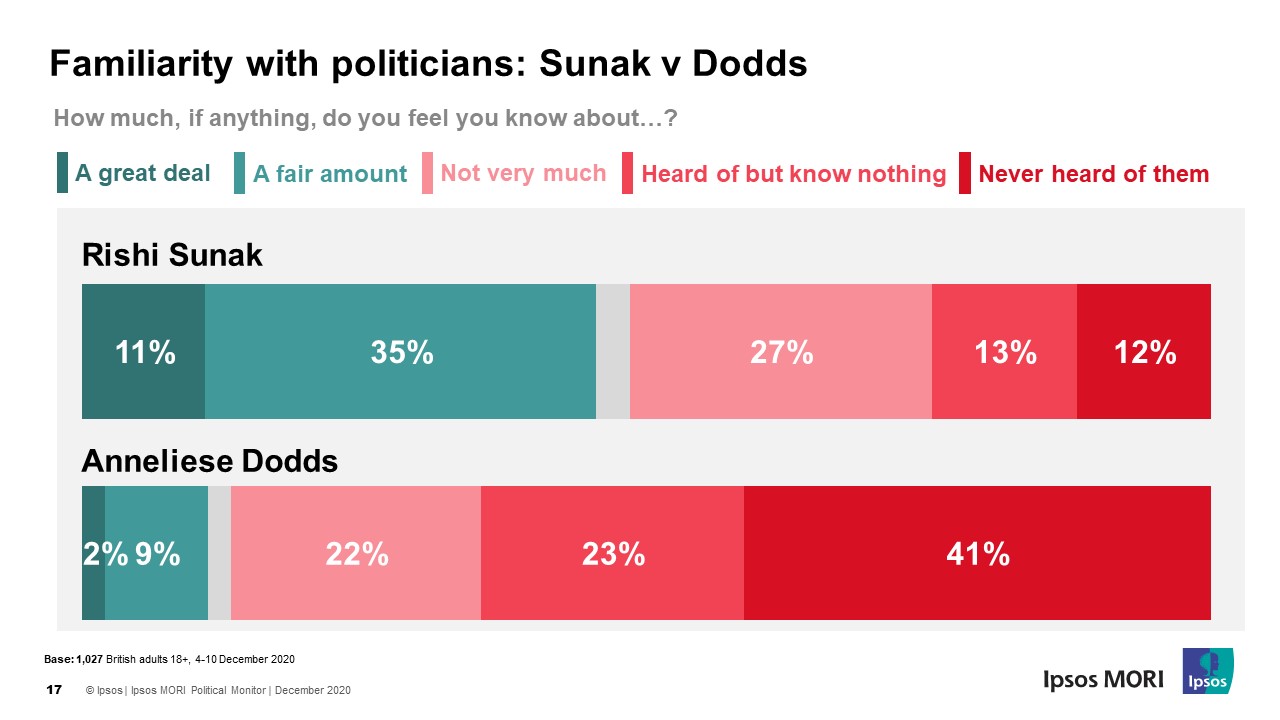 Our polling consistently shows the Conservatives ahead of Labour on which party is best placed to manage the economy and these numbers reinforce that message. The Conservatives will hope to sustain this advantage in 2021, as they navigate the post-COVID recovery, whilst Labour will hope they can find a winning economic message to turn the tide.

Ipsos MORI interviewed a representative sample of 1,027 adults aged 18+ across Great Britain. Interviews were conducted by telephone 4th – 10th December, 2020 Data are weighted to the profile of the population. All polls are subject to a wide range of potential sources of error.