With two weeks to go until the general election, Ipsos MORI’s Scottish Political Monitor poll run in partnership with  STV News suggests the SNP is currently on course to win most votes, with the Conservatives in second place and Labour faring worse in third. 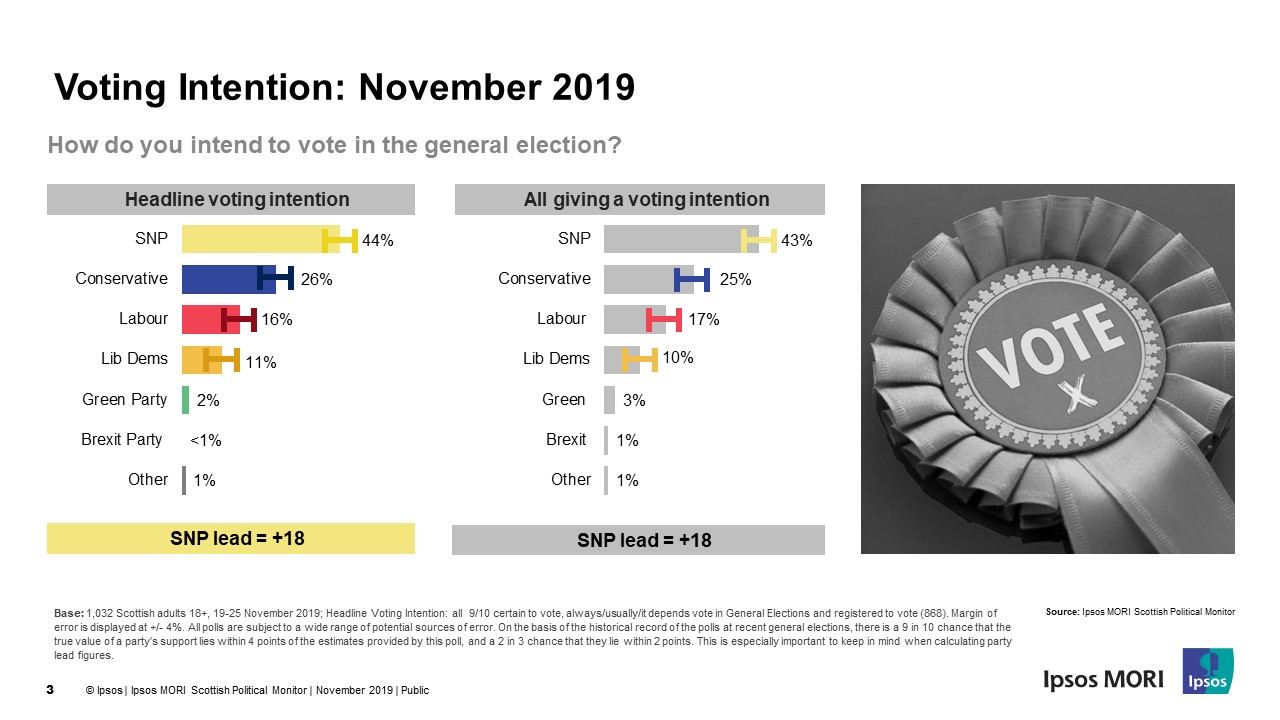 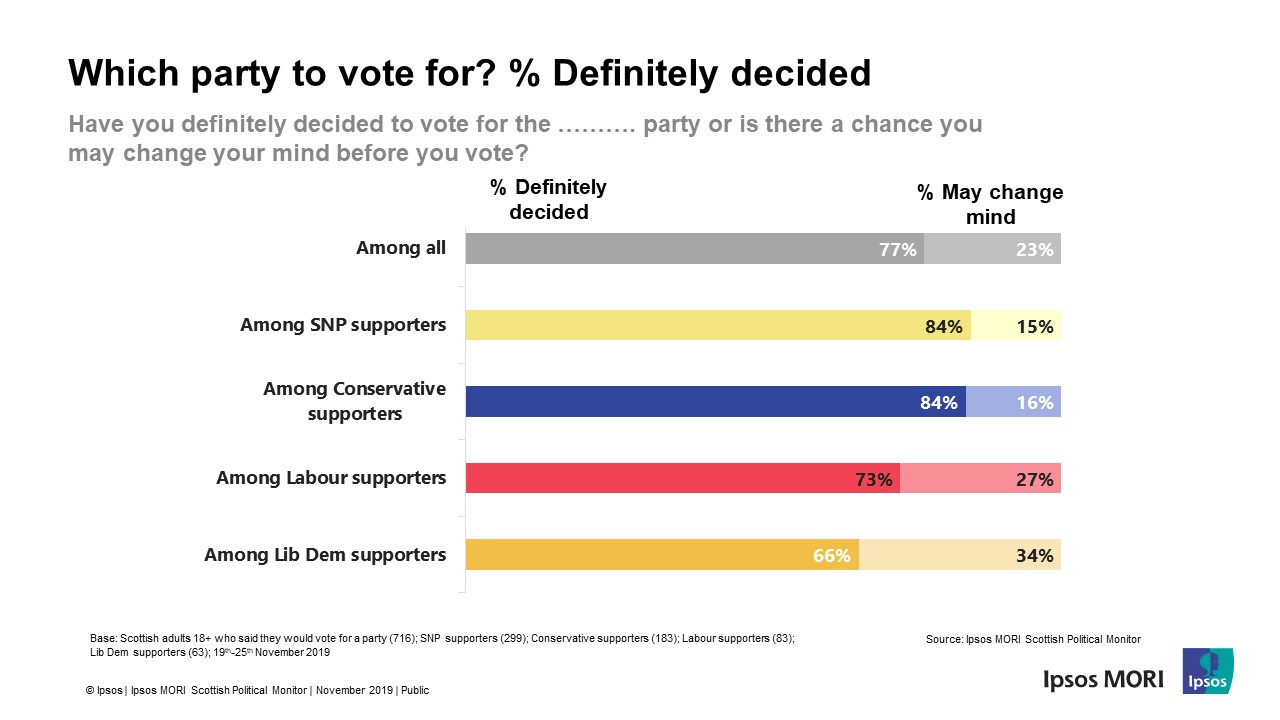 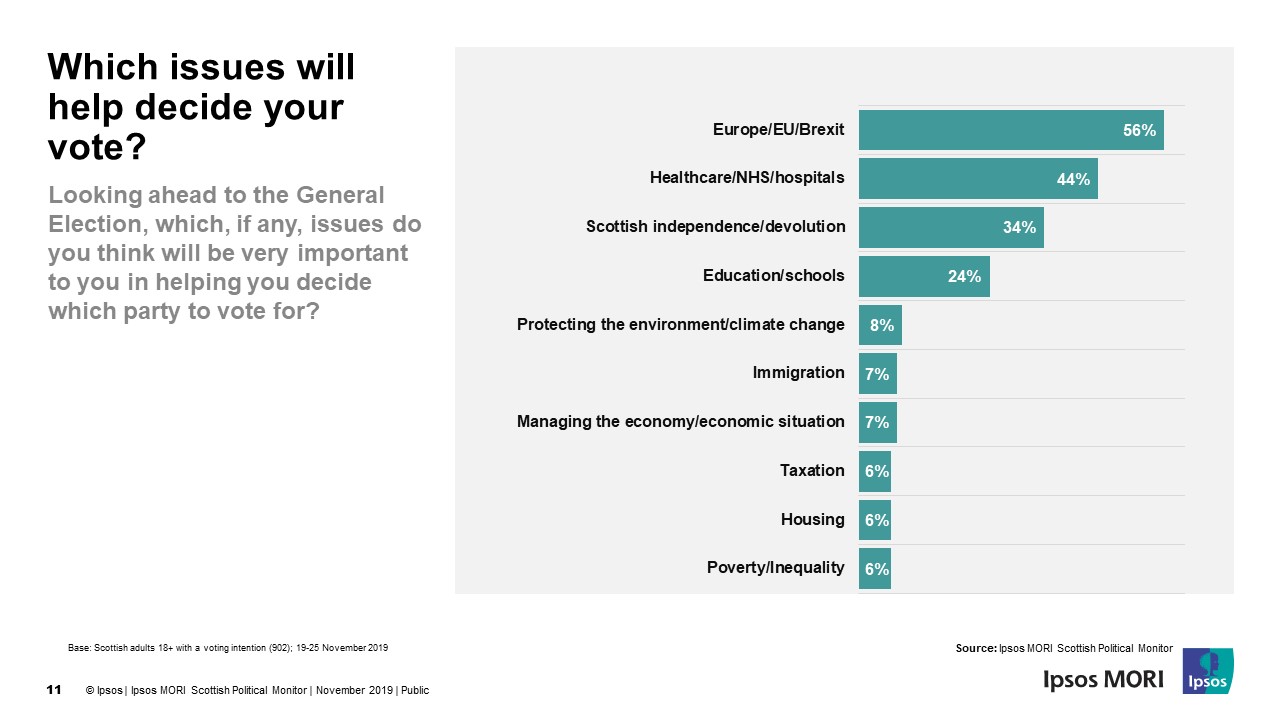 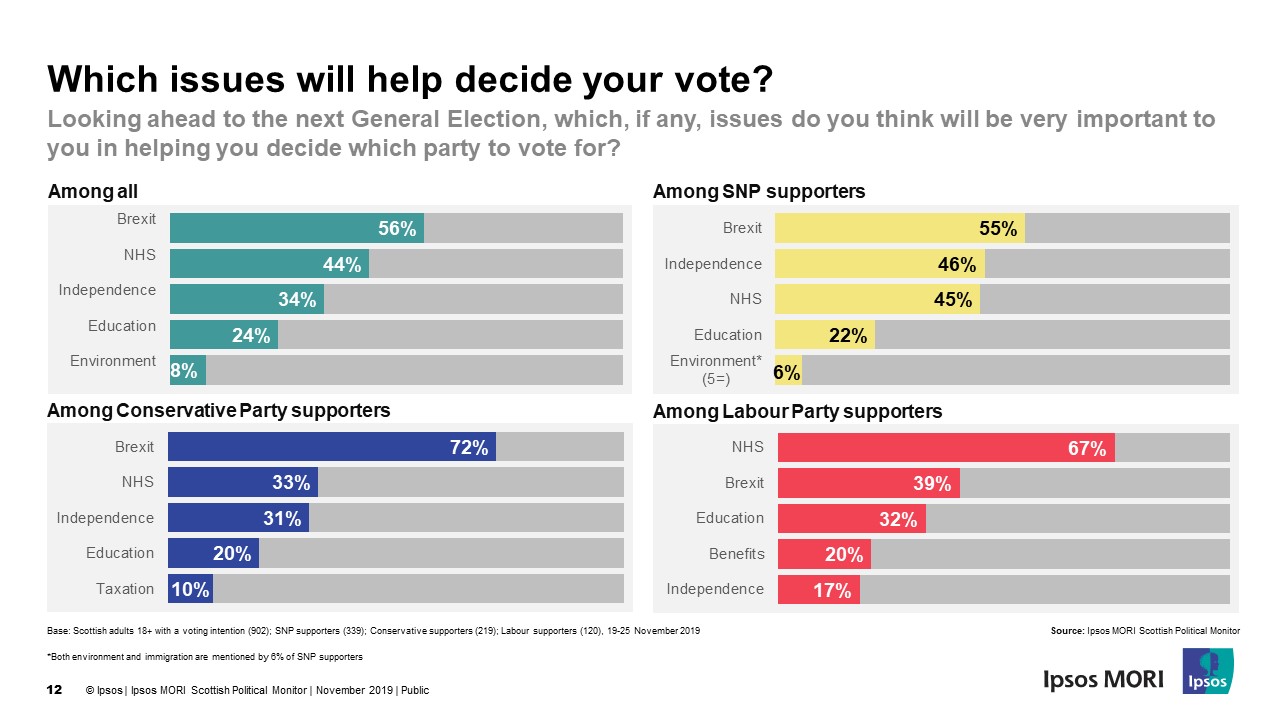 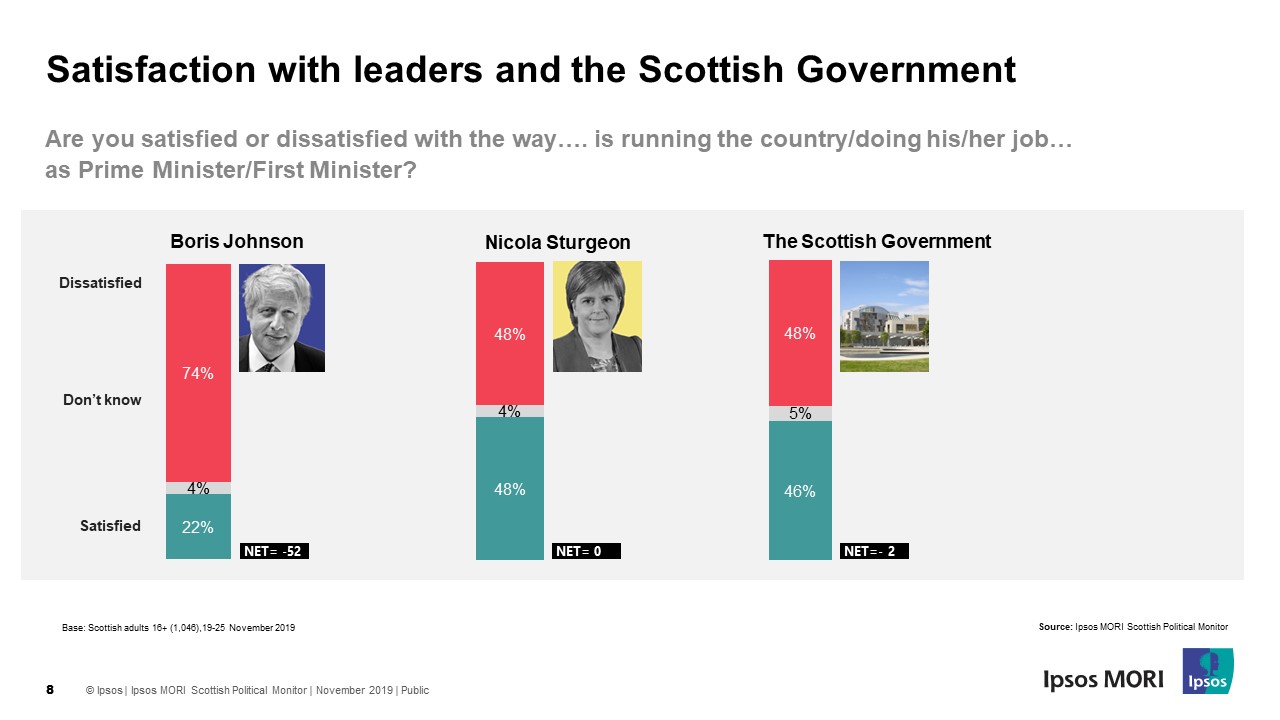 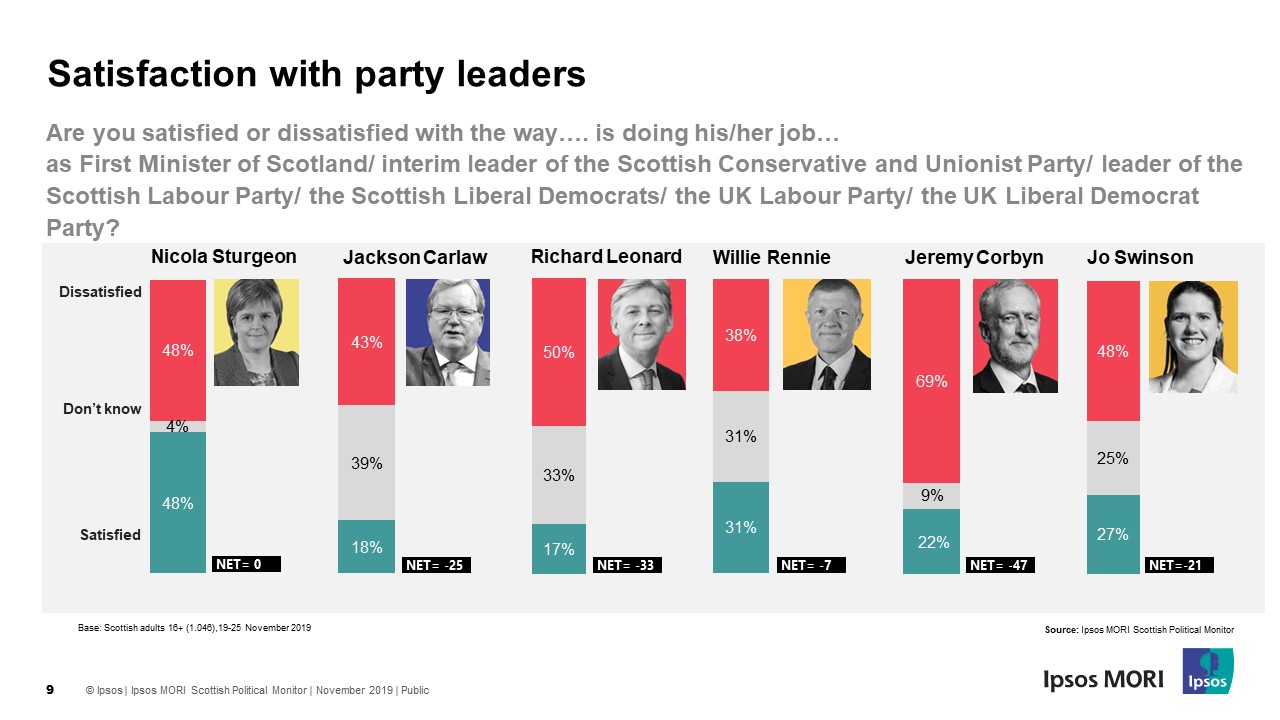 Views on a second independence referendum 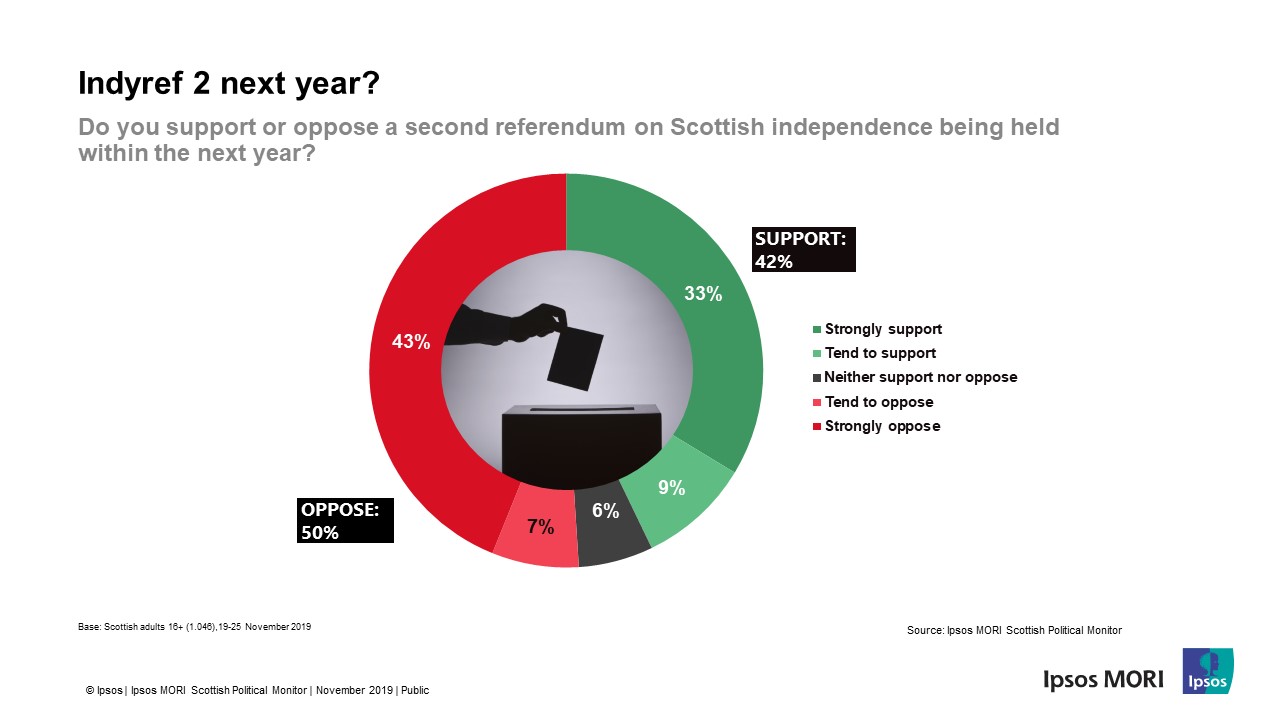 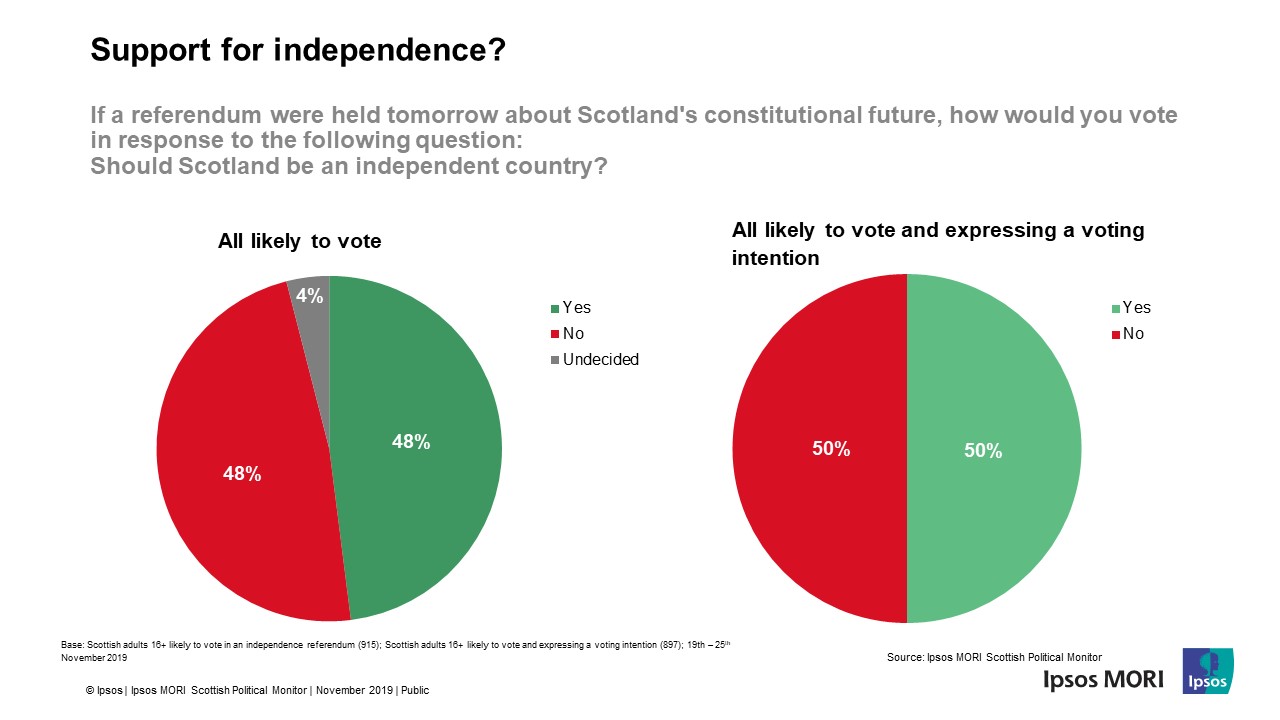 The SNP have most reason to be pleased with the findings from our poll. The party looks set to make gains at the general election and Nicola Sturgeon’s personal ratings remain the highest of any of the party leaders. Looking beyond the election, the timing of a second independence referendum remains a difficult balancing act for Nicola Sturgeon, since more of the Scottish public oppose a second referendum being held in the next year than support it.
While the Conservatives’ share of the vote looks likely to be a little lower than it was at the 2017 general election, the poll has major warning signs for Scottish Labour. Richard Leonard has the lowest satisfaction ratings of any of the Scottish leaders of the four largest parties, and most of the seats the party gained in 2017 look at risk of turning from red to yellow on December 12th.