Ipsos MORI’s Scottish Political Monitor, run in partnership with STV News, finds that the SNP are still in pole position ahead of May’s Holyrood elections. However, support for Scottish independence has fallen since last November - by four percentage points. The First Minister’s satisfaction ratings have also dropped since last October, although they remain the highest of any of the party leaders.

The SNP retains a very comfortable lead in voting intention for both constituency and list votes in next May’s Scottish Parliament elections, with the Conservatives in second place and Labour in third.

Three in ten (31%) say they may change their mind about which party they’ll cast their constituency vote for: 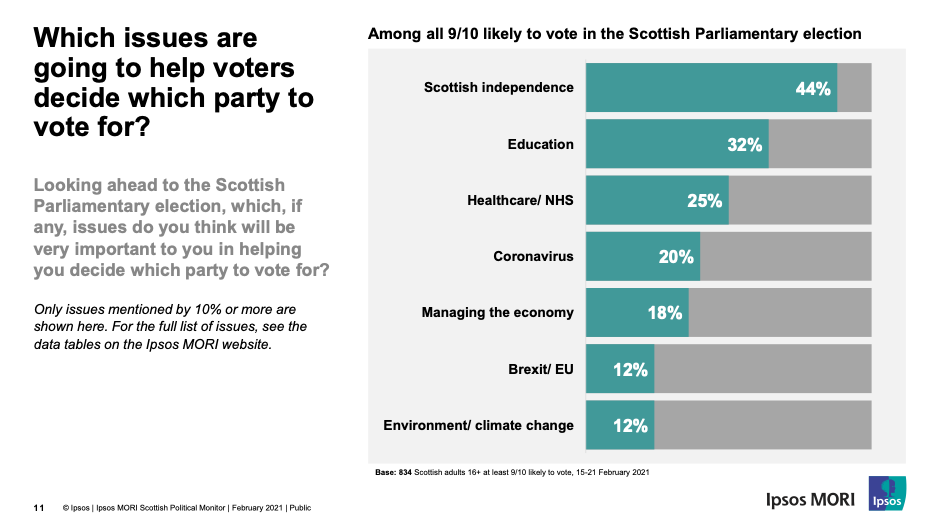 There are signs that the Holyrood inquiry into the Scottish Government’s handling of the accusations against Alex Salmond is starting to impact on voters’ perceptions of the SNP. 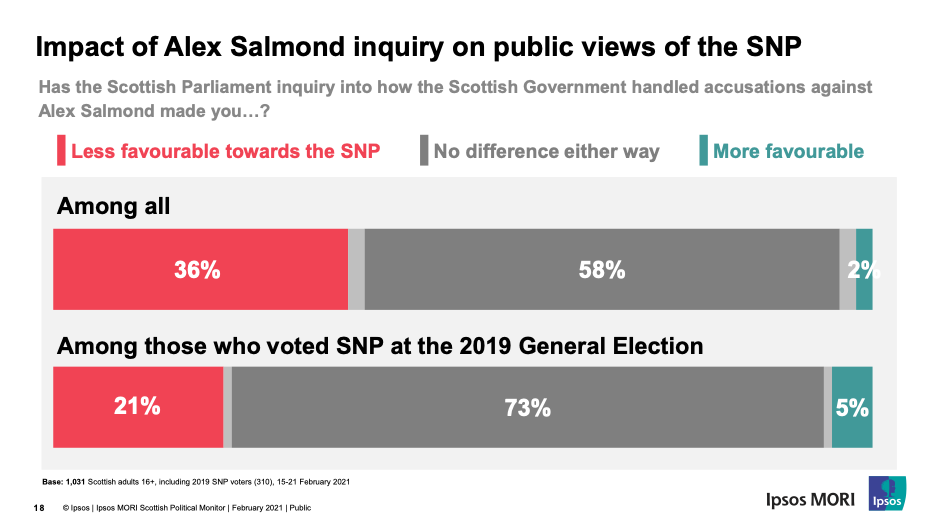 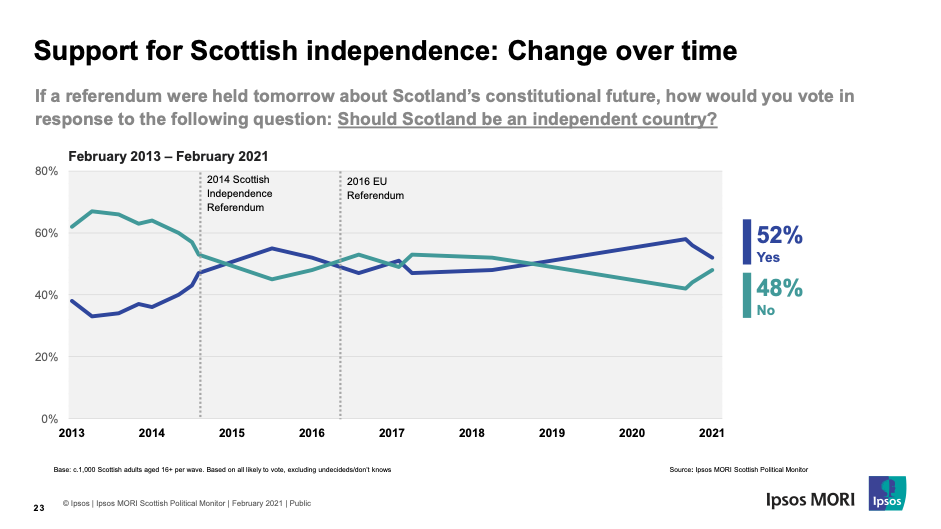 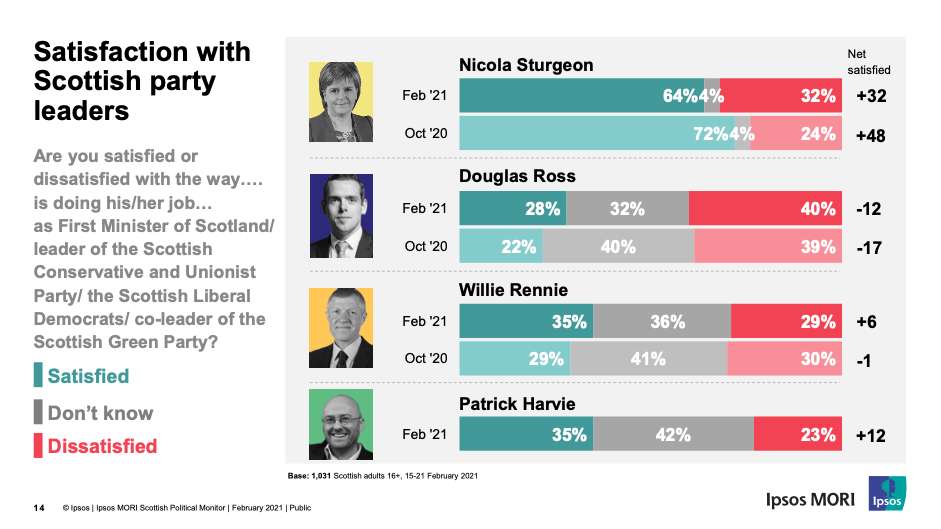 This latest poll from Ipsos MORI and STV News shows a fall in support for independence, and a corresponding increase in support for staying in the Union – though Yes still has a four-point lead over No. That’s important for Scotland’s political parties, since independence is the top issue voters say will help them make up their minds about which party to vote for in May’s Holyrood elections. At this point the SNP look on course to win a majority of seats, but the next few weeks are set to be challenging for the party, with the Salmond inquiry ongoing – and our poll shows that this issue has started to cut through with Scottish voters.

Ipsos MORI interviewed a representative sample of 1,031 adults aged 16+ across Scotland. Interviews were conducted by telephone 15-21 February 2020. Data are weighted to the profile of the population.

Where results do not sum to 100%, this may be due to computer rounding, multiple responses, or the exclusion of “don’t know” categories.

All polls are subject to a wide range of potential sources of error. On the basis of the historical record of the polls at recent general elections, there is a 9 in 10 chance that the true value of a party’s support lies within 4 points of the estimates provided by this poll, and a 2 in 3 chance that they lie within 2 points.