However, 83% of Britons say the announcement of a successful vaccine would make a positive difference to how optimistic they feel. This would make the most difference among those aged 55-75. Nine in 10 (90%) of this age group would feel more optimistic should such an announcement be made, 8 in 10 18-54s feel the same way. 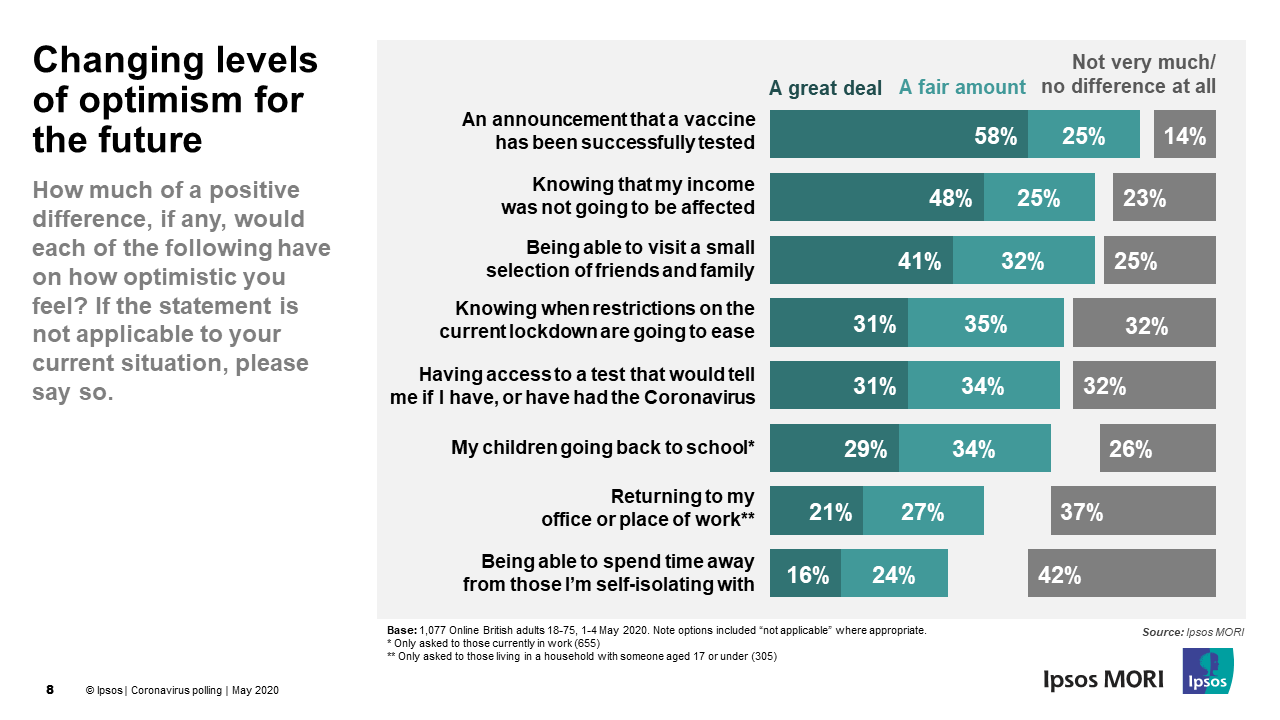 Two in five are desperate to escape those they’ve been cooped-up with – 40% think that spending time away from those they’re self-isolating with will have a positive difference on their outlook while 42% believe this will make little change, if any.   Young people are twice as likely to find this appealing than older groups (57% of 18-34s vs 27% of 55-75-year olds).

Half (48%) of workers think returning to their place of work will have a positive difference on their mental outlook, and again this increases among young people. Fifty-six per cent of those at the start of their careers, aged 18-34, think going back to the ‘office’ will help with their positivity while only 40% of 55-75s feel the same.

There is little sign the impact the coronavirus pandemic is having on people’s wellbeing and their outlook is getting much easier.  But there is light at the end of the tunnel – advances on the big questions such as developing a vaccine, being able to reassure people about their incomes, and allowing even a small amount of mixing with family and friends could all lift the public’s mood.  It’s probably no coincidence that these are some of the hardest questions to answer, but even showing some movement could make a difference.