A recent survey by Ipsos shows that 84% of the Scottish public are concerned about climate change. Within this, two in five (38%) are very concerned. Unsurprisingly, concern is highest among young people; 96% of those aged 16-24 say they are concerned.

While a quarter of Scots (25%) believe the Scottish Government’s target of net zero carbon emissions by 2045 is about right, 45% want this target to be brought forward. Only 7% of Scots think the target of 2045 should be pushed back while 9% think there should be no target for net zero emissions. Younger people are more likely to think the target should be brought forward (68% of 18-24-year olds vs. 40% of those aged 55+).

Three quarters (76%) of Members of the Scottish Parliament (MSPs) surveyed in Ipsos’s Annual Survey of MSPs are confident that Scotland will meet the 2045 target, while a quarter are not.

Transport is the industry sector that will need to change most for the net zero target to be achieved by 2045, according to MSPs. A large majority (85%) of MSPs mention transport as one of the three sectors they believe will need to implement the most change to reach the net zero target while seven in ten (69%) say the same of the oil and gas industry. Farming and agriculture and electricity and power are seen as other key industries where the most change will be required (45% and 35% respectively). 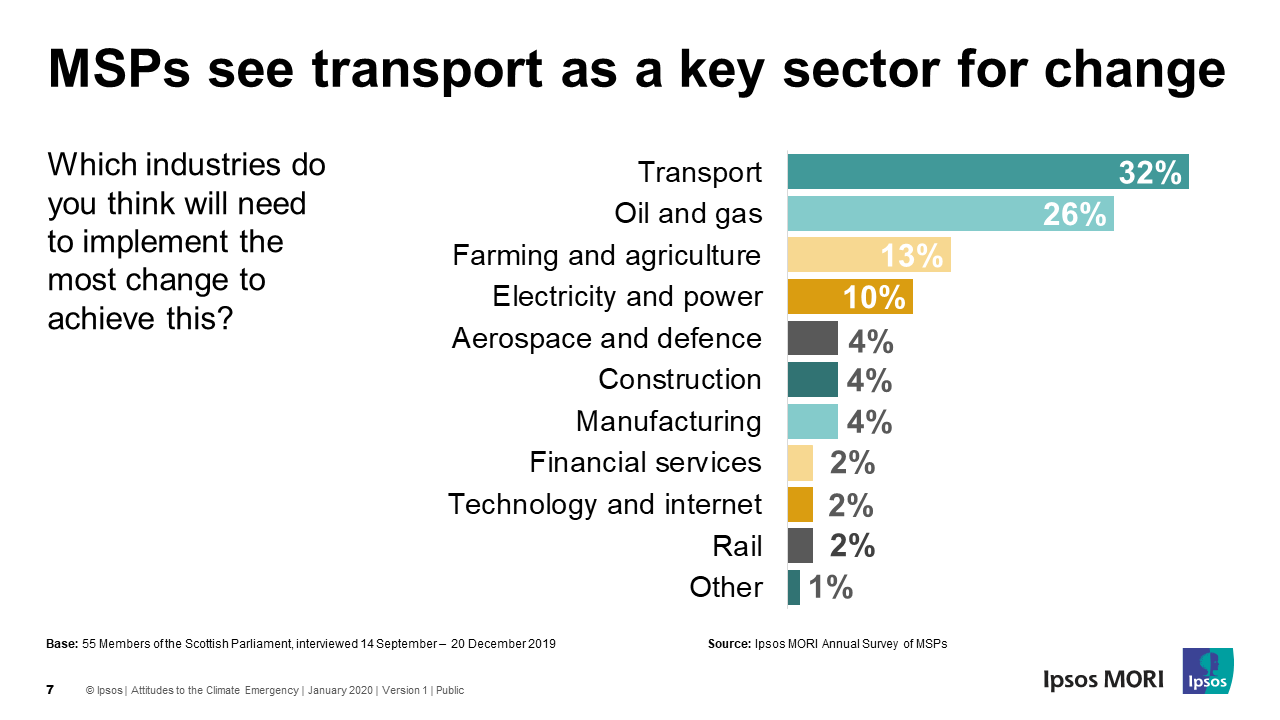 The majority of Scots report already feeling the effects of climate change and 84% of us are concerned about the issue, but Scotland is also taking action.  It was the first country to declare a climate emergency in 2019 and many of our students were involved in the school strikes for climate. In addition, the eyes of the world will be on Glasgow later this year as the city hosts the 26th United Nations Climate Change Conference, and these results indicate that the Scottish public recognises the urgent need for world leaders to tackle the climate crisis.”