Government performance and would Labour do better?

Overall, 27% think Boris Johnson’s Conservative government is doing well at running the country (5 points down from June last year), 48% say they are doing badly (+4 points). 22% say neither well nor badly and 3% don’t know. 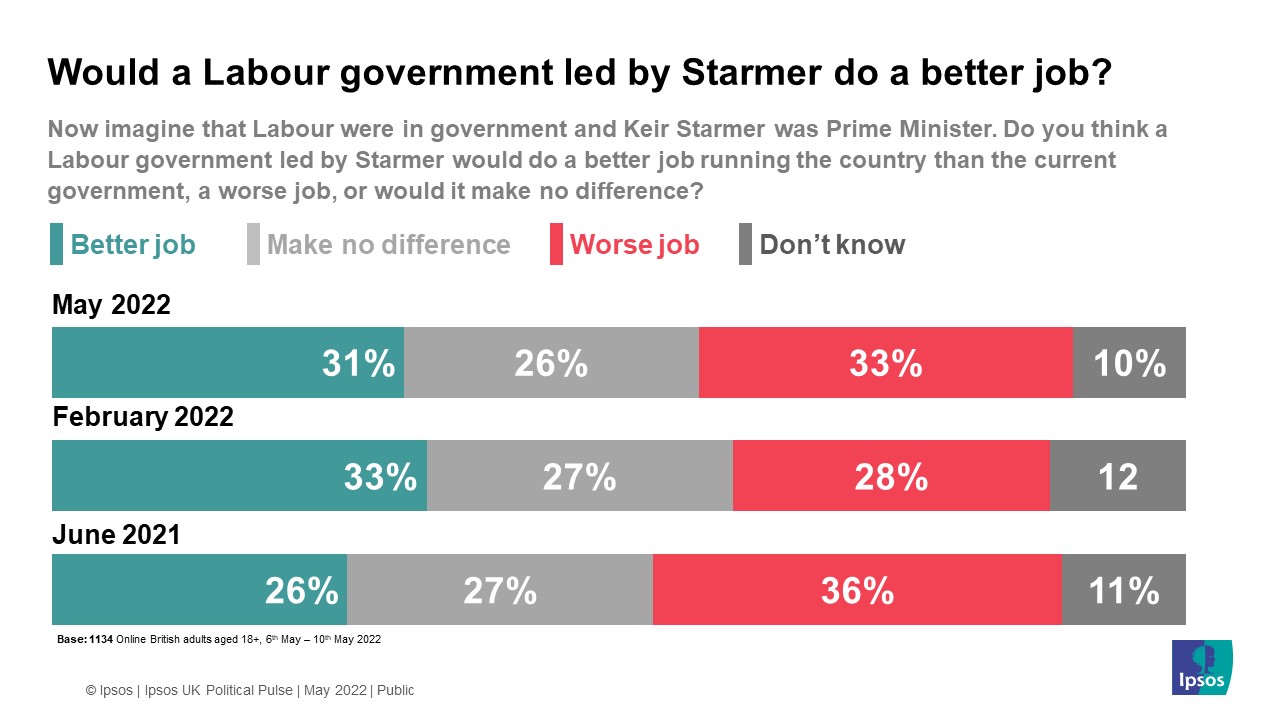 When asked which party has the best policies to address the issues most important to them, 23% say Labour and 20% say the Conservatives. 8% say the Lib Dems, 6% Green, 8% another party, 15% say different parties are better on different issues, 10% say none and 11% don’t know.

Polling taken mainly before Keir Starmer’s recent announcement that he will quit if fined for breaking Covid rules shows little real change in the Labour leader’s personal favourability ratings. 28% are favourable towards Starmer (-2 points from April) and 43% unfavourable (+2 points). In terms of other leading UK politicians:

Favourability towards the Conservative and Labour parties is largely unchanged from April:

These numbers reflect lessons learned from last week’s local elections. On the one hand, large numbers of the public feel unhappy with how the government is running the country but on the other they are not yet convinced Labour would do any better. Meanwhile, we see positive movement in favourability scores for the Lib Dems and Greens following their gains last week. Meanwhile, as rows over the Northern Ireland protocol gather momentum, it is notable that more Britons think Brexit has had a negative impact on the UK than a positive one, even if one in four think it has made no difference, or do not have an opinion.

Ipsos UK interviewed a representative sample of 1,134 Britons aged 18+. Interviews were conducted online from 6-10th May, 2022 Data are weighted to match the profile of the population. All polls are subject to a wide range of potential sources of error.