Just under half (44%) say that migration has had a positive impact on Britain according to a new Ipsos survey among British adults aged 18-75. Three in ten (30%) say migration’s impact has been negative on the country while one in five (20%) say its impact has been neutral. These findings are consistent with previous research by Ipsos which found the British public’s attitudes towards migration have become more positive since the referendum. 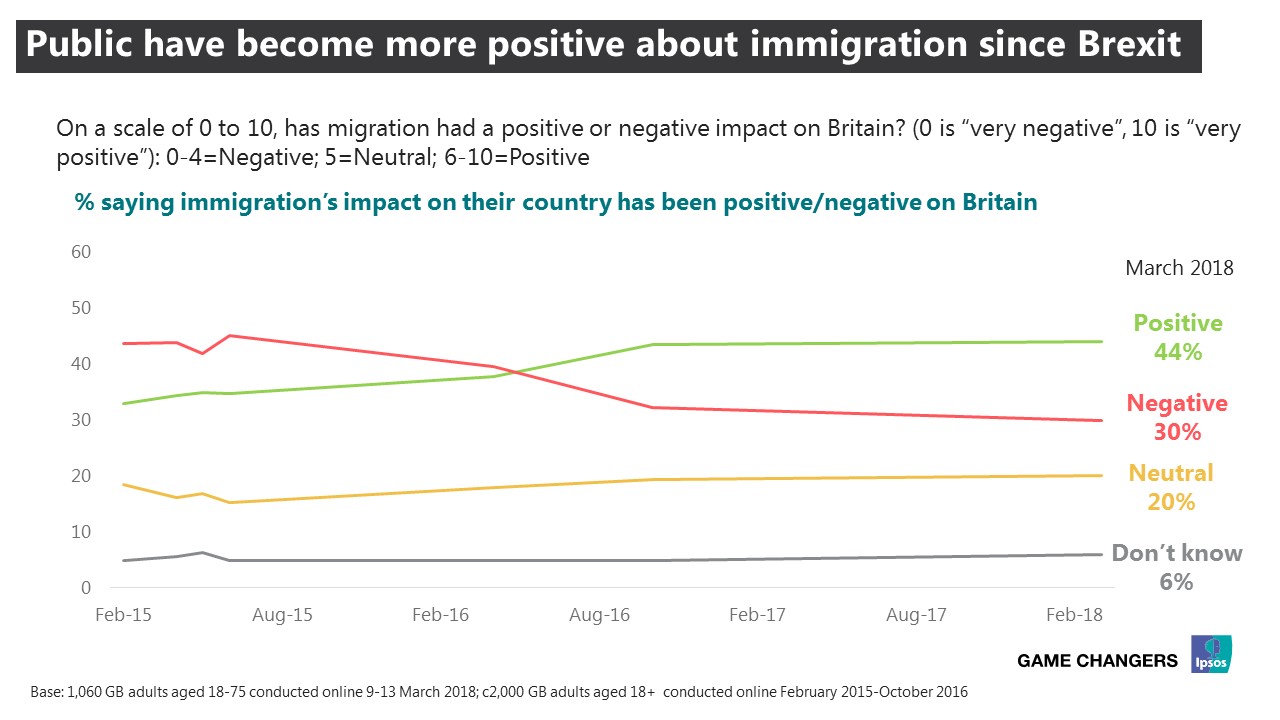 Despite opinion towards immigration becoming more positive in recent years a majority (54%) still want it to be reduced.  However, the proportion of people wanting immigration reduced ‘a lot’ has fallen over the last 18 months from 37% to 30%.  Three-quarters (77%) of Leave voters want immigration reduced compared to 38% of Remain voters.

Perceptions about the current Government and immigration 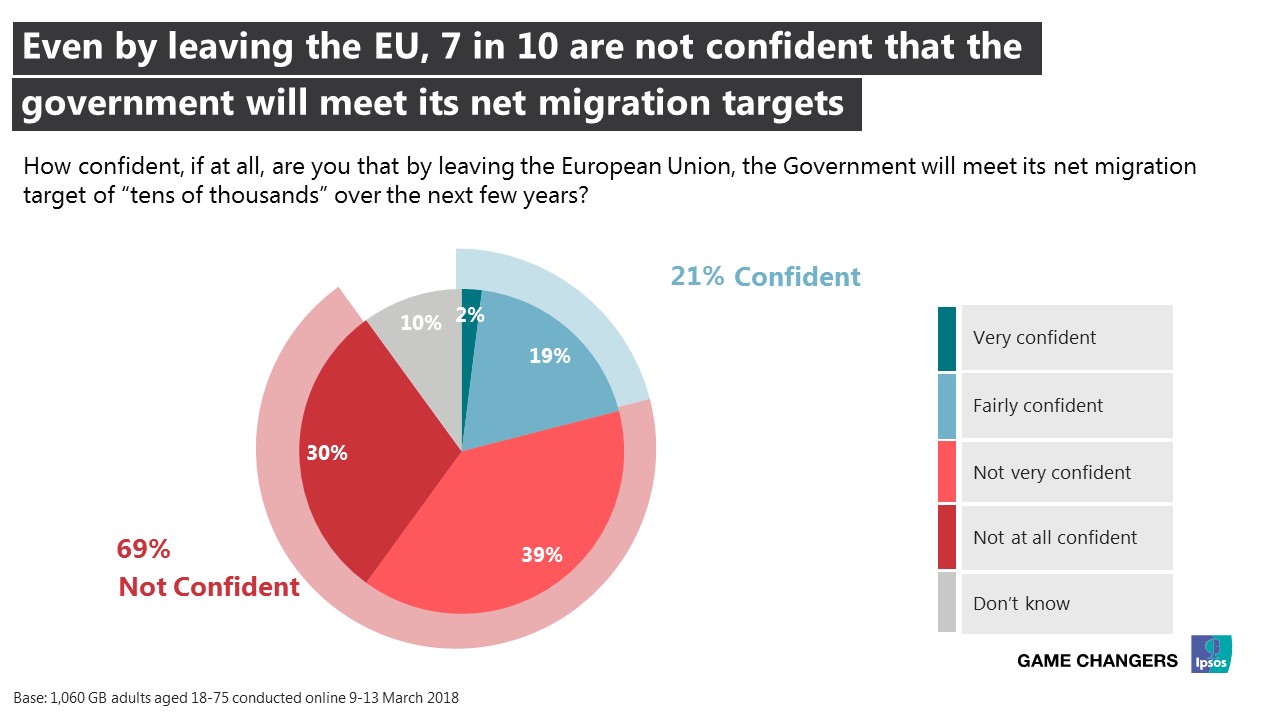 Perceptions of change since the EU referendum

Immigration was a key issue during the EU referendum vote and one that continues to divide Leave and Remain voters.   However, Britons are slowly becoming less negative about the issue, with more people thinking that the impact of immigration has been positive rather than negative.  That said, the majority of people still want to see immigration numbers reduced although opinion has softened a little here as well.  This may be in part due to the fact that people are beginning to notice a fall in the number of EU migrants coming to the UK and because now that exiting the EU is underway, people feel there will be an imperative to control EU migration.  However, there is still scepticism that Theresa May is handling the issue well -  the majority of the public is not convinced that even by leaving the EU will the Government meet its net migration target – even the majority of Conservative supporters.

Note 1: Note the question asked has there been a change since the EU referendum, not because of the referendum result.

Ipsos interviewed a representative sample of 1,060 adults aged 18-75 across Great Britain. Interviews were conducted online between 9 -13 March 2018. Data are weighted to the profile of the population.