The October 2019 Ipsos Issues Index confirms that Brexit remains the biggest concern facing Britain in the eyes of the public. Two thirds of Britons mention Britain’s exit from the EU as a big issue (63%), similar to the September score of 65 per cent, while just over half see it as the single biggest worry (52%). Fieldwork was carried out while MPs were voting on Boris Johnson’s Brexit deal but prior to decision to call a General Election.

Twenty-one per cent of the public mention the environment and pollution as a major issue for Britain – the highest recorded score since July 1990. This is a six-percentage point rise from September and pushes this topic into fourth place. This is the latest peak in a long period of growth in concern for this topic, starting from September 2012 when it stood at just two per cent.

Concern about the economy has fallen to levels last measured before the economic crisis of 2007-8. At 12 per cent, the proportion worried about Britain’s economy is half that measured immediately before the 2017 General Election (25%) and at its lowest ebb overall since October 2007. Nevertheless pessimism about the economy remains high, with 56% thinking the economy will deteriorate in the next 12 months, according to the latest Ipsos Economic Optimism Index. 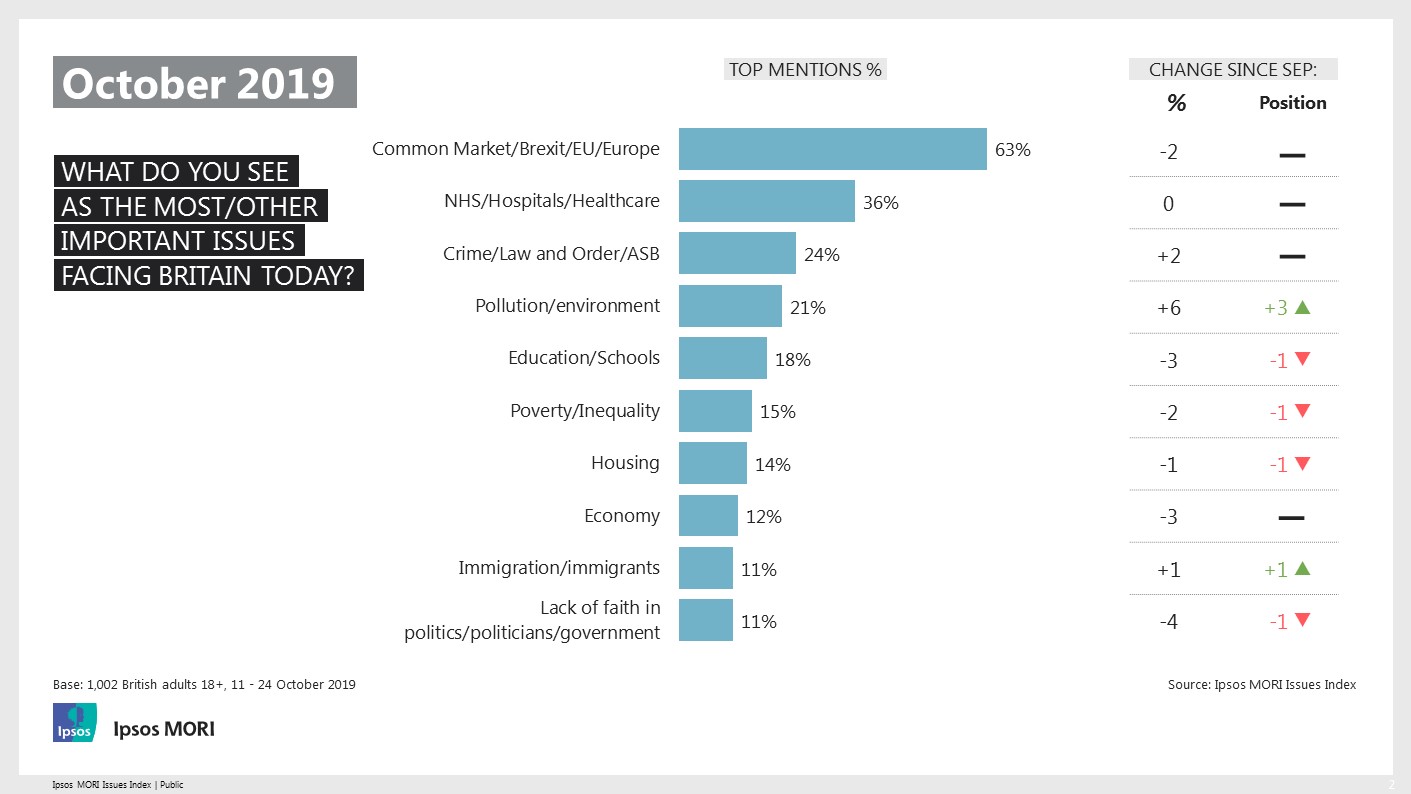 While concern about pollution and the environment has risen strongly concern remains unevenly distributed, focussed in particular among the middle class and those in southern England: 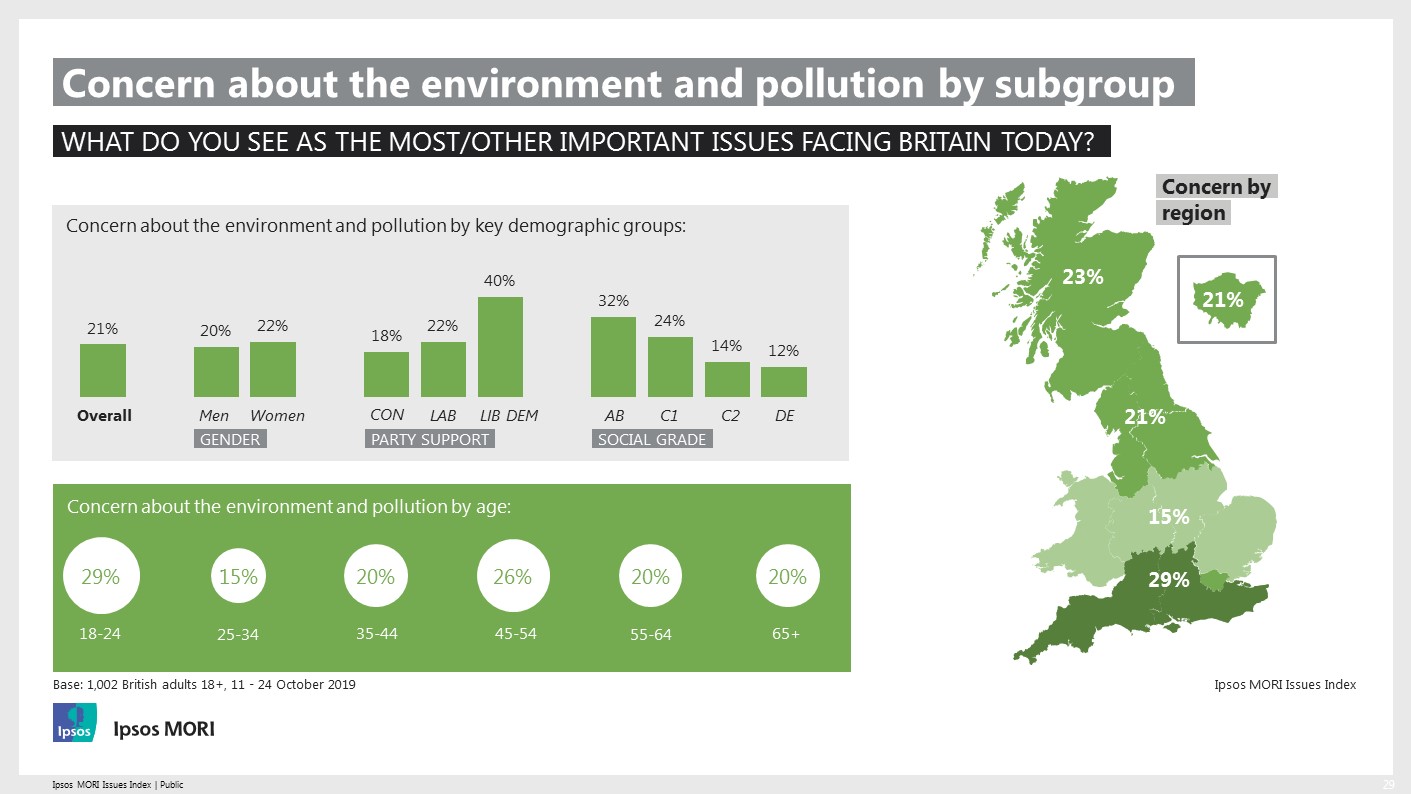 Our pre-election index shows that while Brexit looks likely to be the biggest issue during the campaign it is far from the only thing troubling the nation’s mind.
Public concern about healthcare and the NHS remains the second biggest issue facing Britain since 2018 Summer, while more than a fifth of the public see crime and the environment as significant worries.
It also shows how fragmented our worries are. Even on Brexit, there is wide variation. Older people are significantly more likely to list it as a concern compared with younger people, while Lib Dem and Conservative voters are more worried than their Labour counterparts.

Ipsos's Issues Index is conducted monthly and provides an overview of the key issues concerning the country. Ipsos interviewed a representative quota sample of 1,002 adults aged 18+ across Great Britain. The answers are spontaneous responses, and participants are not prompted with any answers.

Ipsos's Capibus vehicle was used for this survey. Interviews were conducted face-to-face in-home between 11 and 24 October 2019 at 169 sampling points across Great Britain. Data are weighted to match the profile of the population.