Most Britons are not very confident that Theresa May will get a good deal for Britain from the Brexit negotiations, according to the latest Ipsos Political Monitor. A third (34%) say they are confident when asked if Prime Minister will get a good deal for Britain in negotiations with other European Union leaders while nearly two-thirds (63%) are not. This shows a slight drop from March when 37% said they were confident and 59% were not confident, and down from 44% with confidence in her in March 2017. 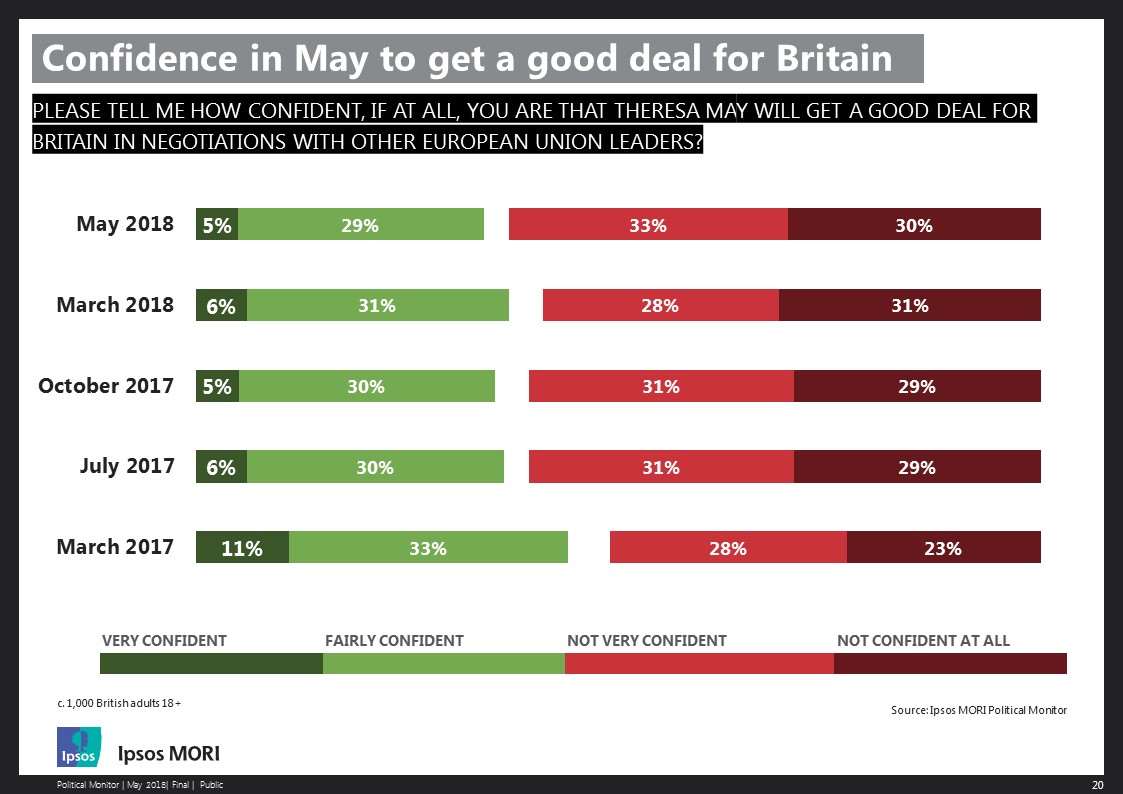 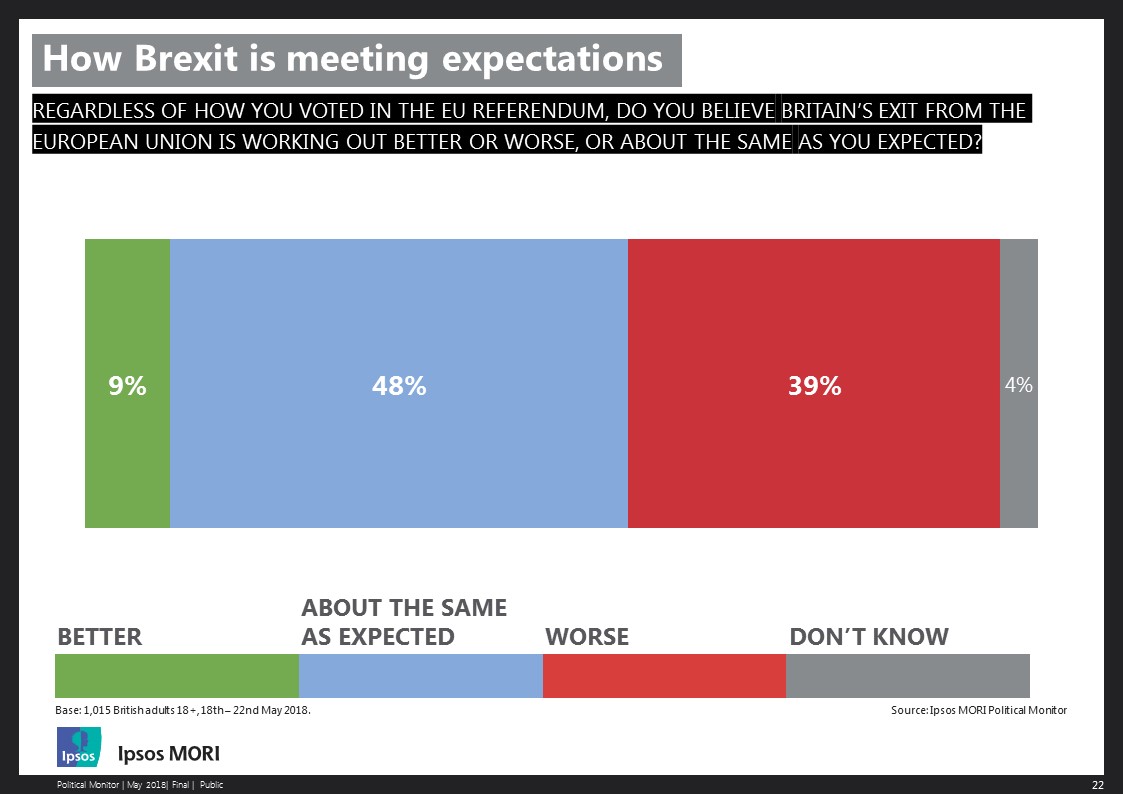 Despite little overall change in leadership satisfaction scores Theresa May has seen a small decline in satisfaction from her own supporters. Seven in ten (70%) Conservatives say they are satisfied in the Prime Minister (down 7 points) while a quarter (27%) say they are dissatisfied in her (up 8 points) –leaving her with a net satisfaction score of +46. There has been little change when it comes to Labour supporters and Jeremy Corbyn however where 60% say they are satisfied with Mr Corbyn (no change) and 30% dissatisfied (down 4 points) – leaving him a net score of +30.

There has been no change in the Ipsos Economic Optimism Index with 23% saying the economy will get better in the next 12 months (no change) and 46% saying it will get worse (no change) leaving a net EOI score of -23 (no change).

Our ongoing voting intention figures show little change with the Conservative and Labour running neck-and-neck with both on 40%, and the Liberal Democrats on 7%.

Confidence in the Prime Minister to get a good deal on Brexit has slipped (especially compared with before the election), and now stands at similar levels as confidence in David Cameron just before the referendum vote.  But despite that she still retains the support of most Conservative voters.  Half of Conservatives also think Brexit is working out as they expected – similar to the feelings of the public overall.  Four in ten Britons, though, say its working out worse than they expected.  Along with the NHS, Brexit remains one of the most important issues facing the country in the eyes of voters, although it has slightly slipped in recent months.

Technical Note
Ipsos interviewed a representative sample of 1,015 adults aged 18+ across Great Britain. Interviews were conducted by telephone 18th – 22nd May 2018.  Data are weighted to the profile of the population.