Our new Ipsos Political Monitor reveals Boris Johnson is enjoying a political honeymoon after his big election win in December although most believe there’s more work to be done to fully “get Brexit done”. 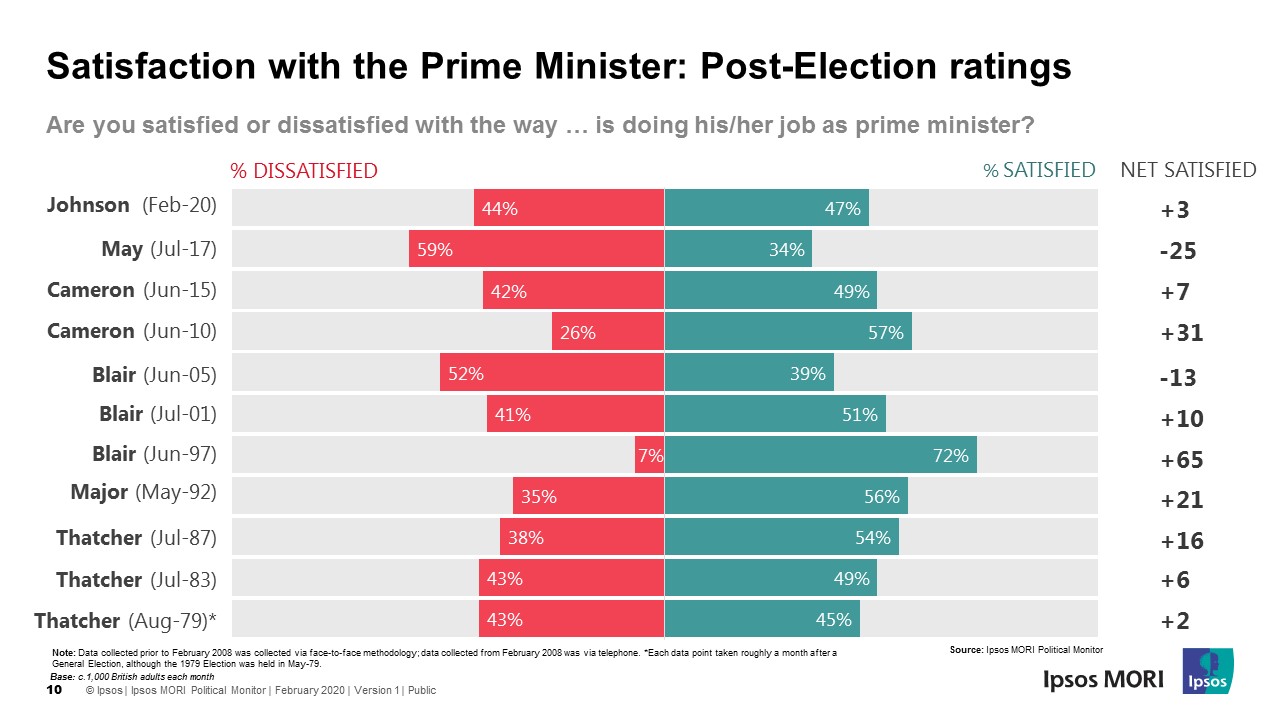 Unsurprisingly Conservative supporters are overwhelmingly happy with him – 88% satisfied and 7% dissatisfied giving him a net score of +81. Satisfaction with the government has also seen a big increase from 23% in December to 40% now (50% dissatisfied) with a net satisfaction score of -10.  Boris Johnson also sees a rise in the proportion who think he “has what it takes to be a good Prime Minister” from 38% in July to 49% now, his highest score since we started asking this of him in 2014.  This is better than the scores Theresa May was receiving from 2018-19, although below her peak of 55% in 2016. 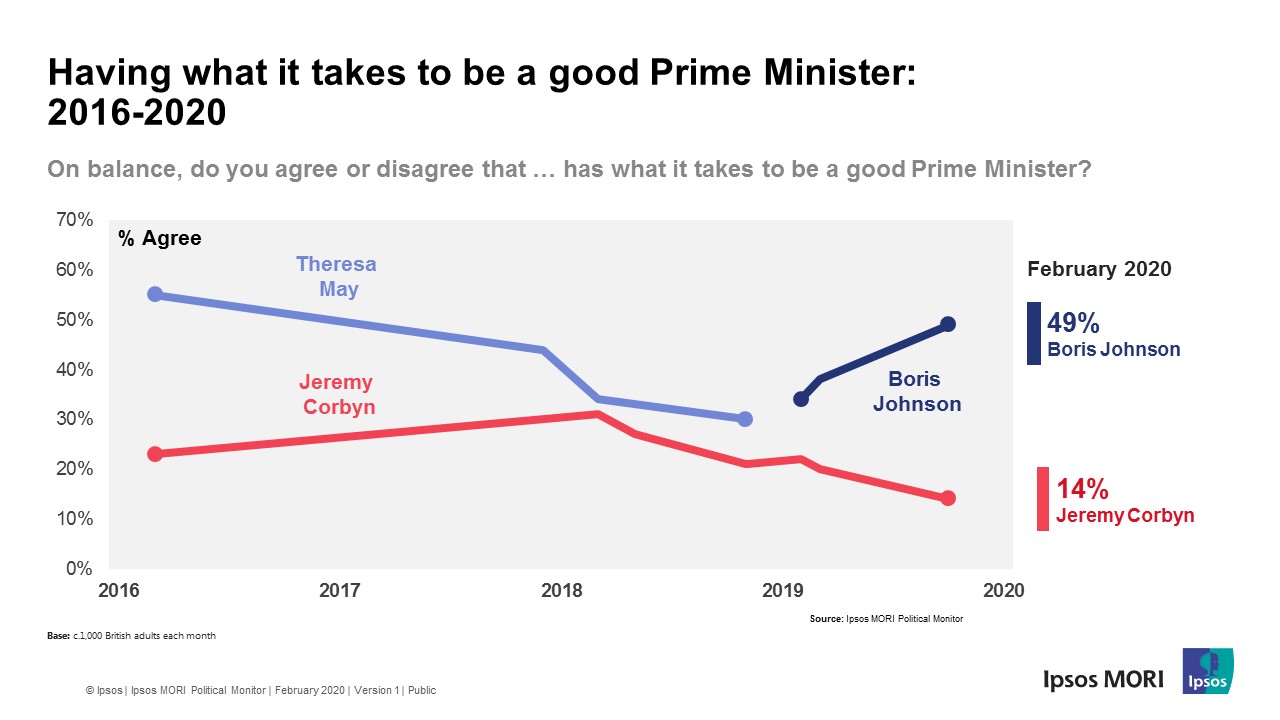 There’s little doubt that Boris Johnson is enjoying a post-election honeymoon – satisfaction with his government and with him personally are up markedly, as is economic optimism and hopes for many public services from the low of the last few years.  But although the Conservatives keep a strong lead in vote intentions, helped by Labour weakness, there is no room for complacency.  Political honeymoons don’t always last, and overall pessimists still outnumber optimists, while concerns about the NHS, the environment and opportunities for young people haven’t gone away.  And although it played an important part in his success, even his own supporters don’t think he’s completely put Brexit to bed yet.

Ipsos interviewed a representative sample of 1,001 adults aged 18+ across Great Britain. Interviews were conducted by telephone 31st January – 3rd February 2020.  Data are weighted to the profile of the population. All polls are subject to a wide range of potential sources of error. On the basis of the historical record of the polls at recent general elections, there is a 9 in 10 chance that the true value of a party’s support lies within 4 points of the estimates provided by this poll, and a 2 in 3 chance that they lie within 2 points.