The January 2022 Ipsos Issues Index reveals a quarter of Britons see a lack of faith in politicians and politics as one of the biggest issues for the country.

This issue is joint-second this month, alongside fears for the economy, as stories continue about the behaviour in government and Downing Street during the lockdown. The 25% score is the highest for this issue since it was first recorded in October 2016.

COVID-19 remains the biggest issue facing the country overall, mentioned by four in ten of the British public (42%) – however this is a twenty-percentage point drop from last month.

The other top five issues remain similar to previous months: one quarter see the economy as a big issue for Britain (25%), while slightly fewer say the same about the NHS (23%). Just under one in five see Brexit as a big concern (18%), which is one of the lowest scores recorded for this issue in recent years.

Concern about inflation and prices is among the public’s top ten biggest issues this month with eleven percent mentioning it. This is a four percentage-point increase from December and the highest level of worry about the topic since September 2014. It remains less of an issue compared with the early years of the Issues index: in the very first index in September 1974 it was seen as the biggest issue facing Britain by 82% of the public. 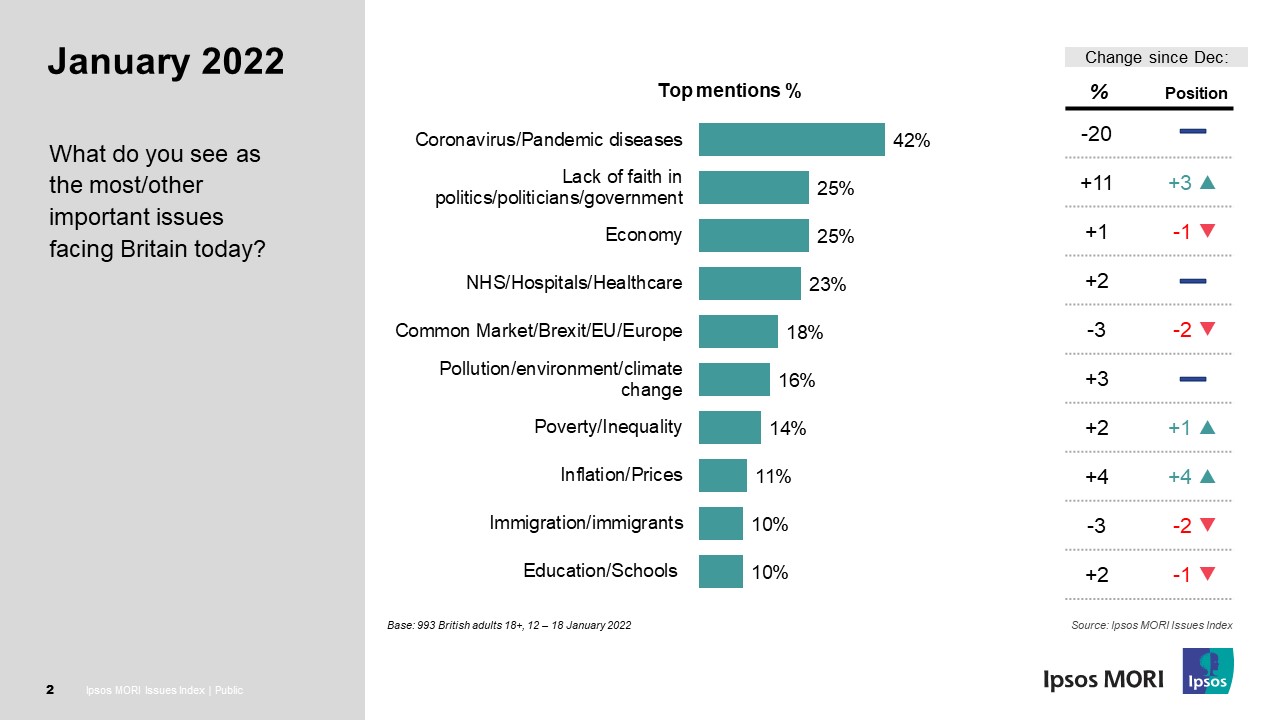 The surge in concern about a lack of faith in politicians and politics is likely related to revelations about staff parties in 10 Downing Street during the pandemic (fieldwork this month was 12-18 January and the Prime Minister apologised in Parliament on 12 January). Two groups stand out as being especially likely to see this as a big issue: 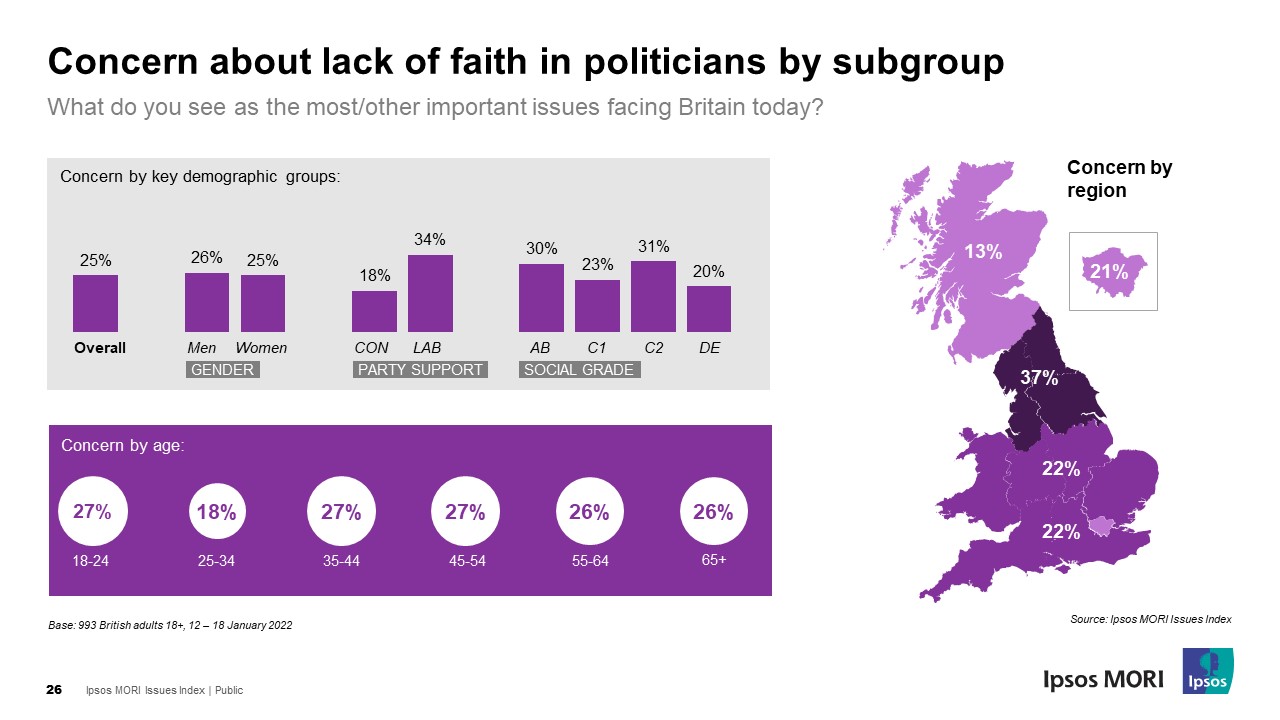 Concern about the intentions of politicians has surged for Britons this month; this is an especially big issue among Labour supporters and those living in Northern England. Despite this COVID-19 remains the biggest issue for the country, although its salience is falling compared with before Christmas.
Currently the public are less likely to mention cost of living issues, but we do see these worries rising gradually in the Index, with the highest level of concern about inflation since September 2014.

Technical note
Ipsos's Issues Index is conducted monthly and provides an overview of the key issues concerning the country. Ipsos interviewed a representative sample of 993 adults aged 18+ across Great Britain. The answers are spontaneous responses, and participants are not prompted with any answers.
Ipsos's telephone omnibus was used for this survey. Interviews were conducted between 12 and 18 January 2022 across Great Britain. Data are weighted to match the profile of the population.