Concern about the NHS falls this month, but still higher than any point since July 2002

Immigration, education and the economy make up the rest of the top five

The July Ipsos/Economist Issues Index finds that Brexit and the NHS continue to head the public’s list of the biggest issues facing Britain, despite recent drops in the proportion naming either. Currently, half (50%) see the NHS as a concern – down eleven percentage points since May, but still the highest level for fifteen years. Similarly, 41% consider Brexit to be a big issue; ten percentage points lower than in March this year but still an historically high score.

Behind the NHS and Brexit, the British public have a similar level of concern about three other issues. Around one quarter name immigration (28%), the economy and education (both 25%) as a worry, close to the scores recorded in June for all three. 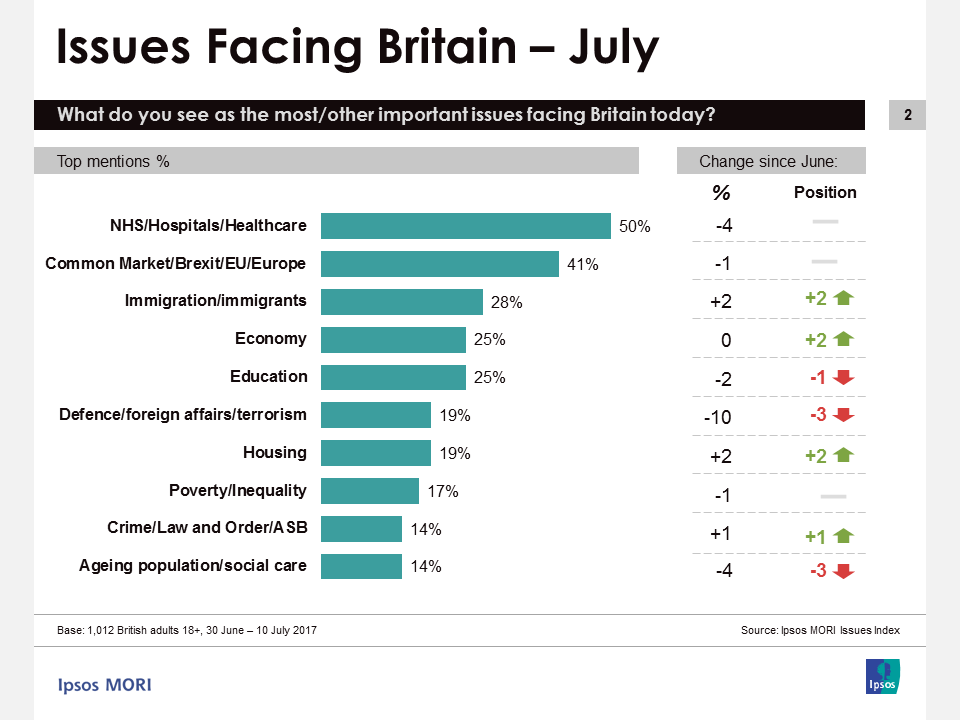 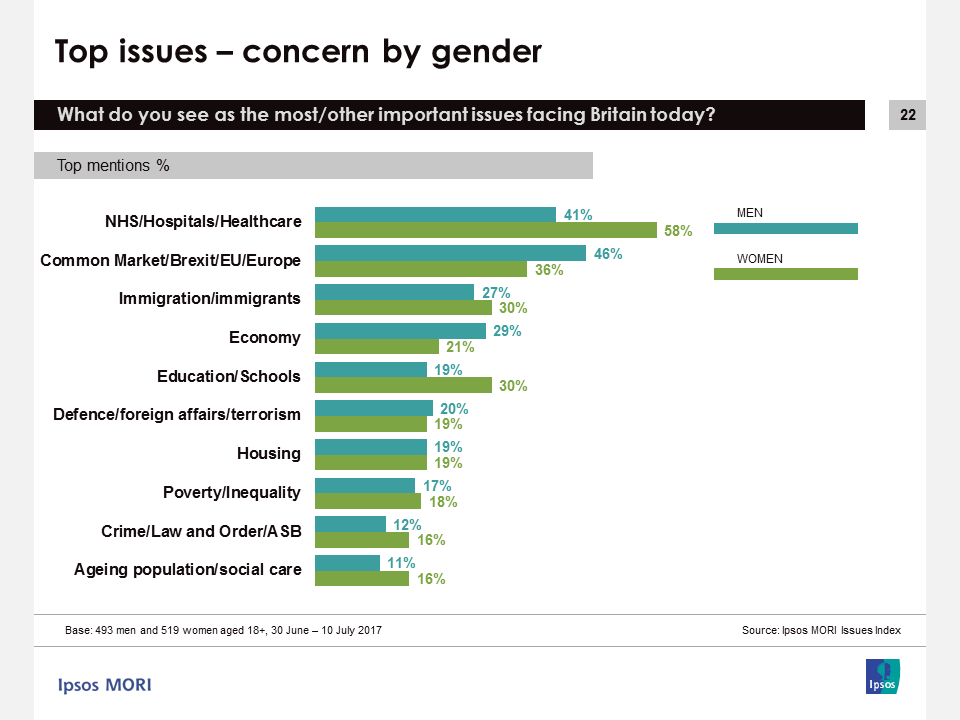 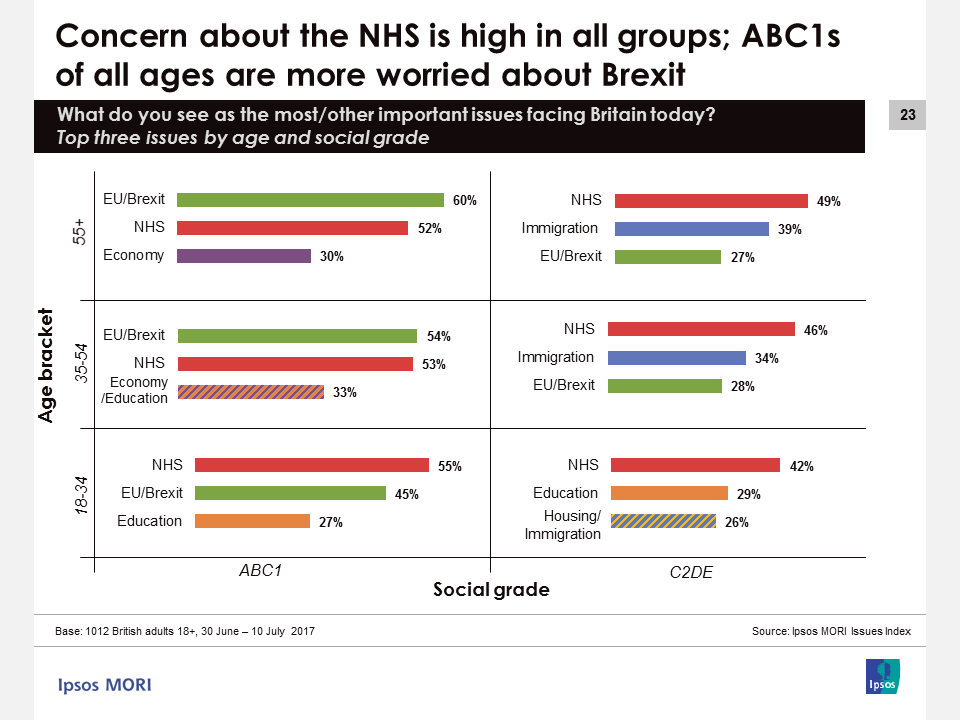 Ipsos's Issues Index is conducted monthly and provides an overview of the key issues concerning the country. Ipsos interviewed a representative quota sample of 965 adults aged 18+ across Great Britain. The questions are spontaneous - i.e. respondents are not prompted with any answers.

Ipsos's Capibus vehicle was used for this survey. Interviews were conducted face-to-face in-home between 9 and 20 June 2017 at 223 sampling points across Great Britain. Data are weighted to match the profile of the population.

This month the weighting scheme was amended to include educational attainment and public sector work status.