An Ipsos poll, carried out online among 18-75 year olds between 27-30 March, has shown that 56% of people believe that the Government enforcement of social distancing measures were taken too late, whilst only 4% of people felt that they were taken too soon. 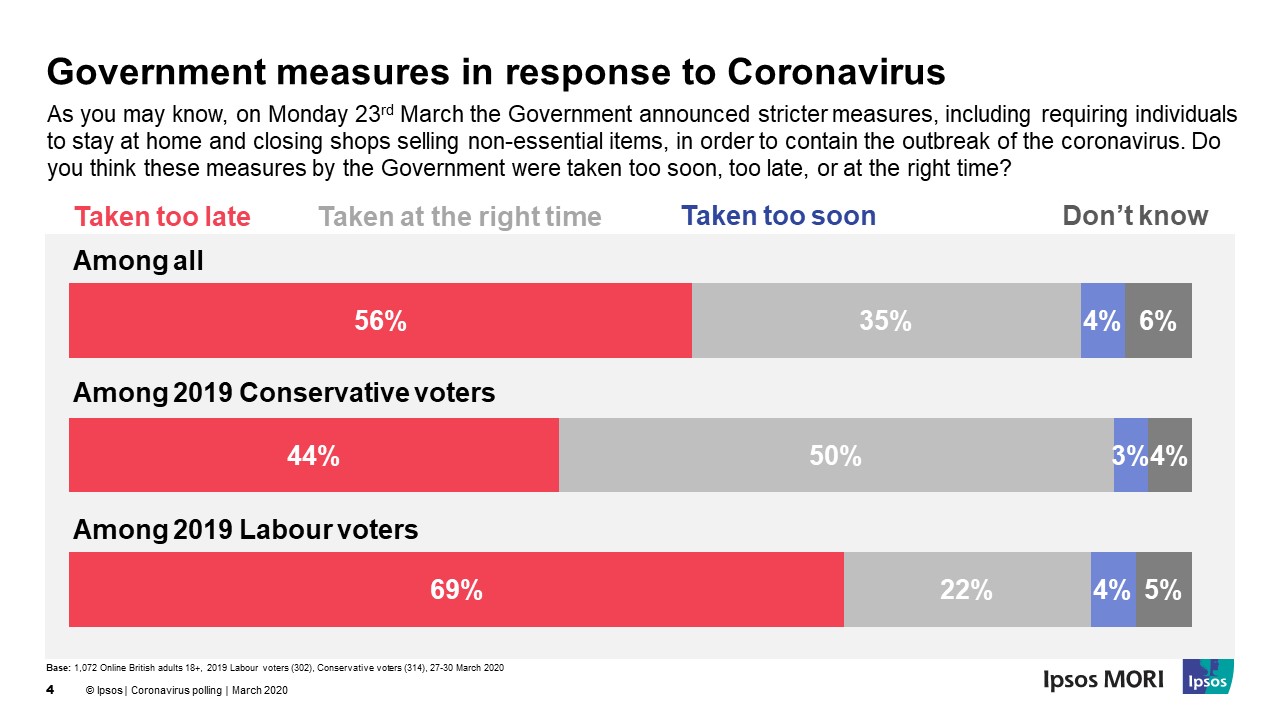 The Government enforcement has been effective though with 79% of people now saying they are avoiding leaving their homes up from only 50% before the Government’s lockdown last week. 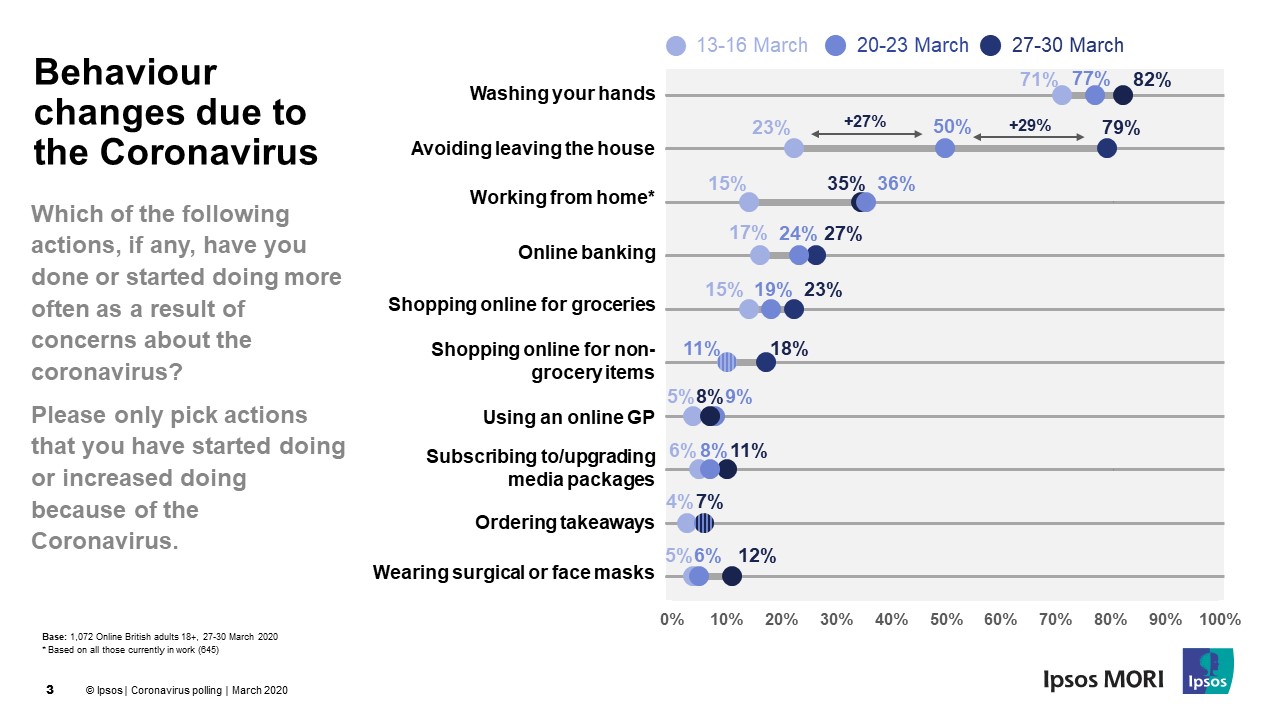 It is very encouraging to see that 4 in 5 people are now avoiding leaving their home following the Government’s enforcement of this last week. While the majority of people feel it came too late, the impact it has had on people’s behaviour is critical at a time when we all need to be doing our part.

Ipsos interviewed a representative sample of 1,072 British adults aged 18-75. Interviews were conducted using its online i-omnibus from 27–30 March 2020.  Data are weighted to match the profile of the population. All polls are subject to a wide range of potential sources of error.