Ipsos has been running studies on how wrong people are about key social realities in their country since 2014.  These have been brought together in a book – The Perils of Perception – Why We’re Wrong About Nearly Everything - published 6th September.

The full series of studies can be found at perils.ipsos.com.

We have looked at all answers across the 13 countries that have been included in the study since the start, to identify which is most and least wrong in our ‘Misperceptions Index’.

This is based on over 50,000 interviews in these countries and 28 questions – everything from immigration levels, crime rates, teenage pregnancy, obesity levels, how happy people are, unemployment rates, smartphone ownership, and many other social realities. 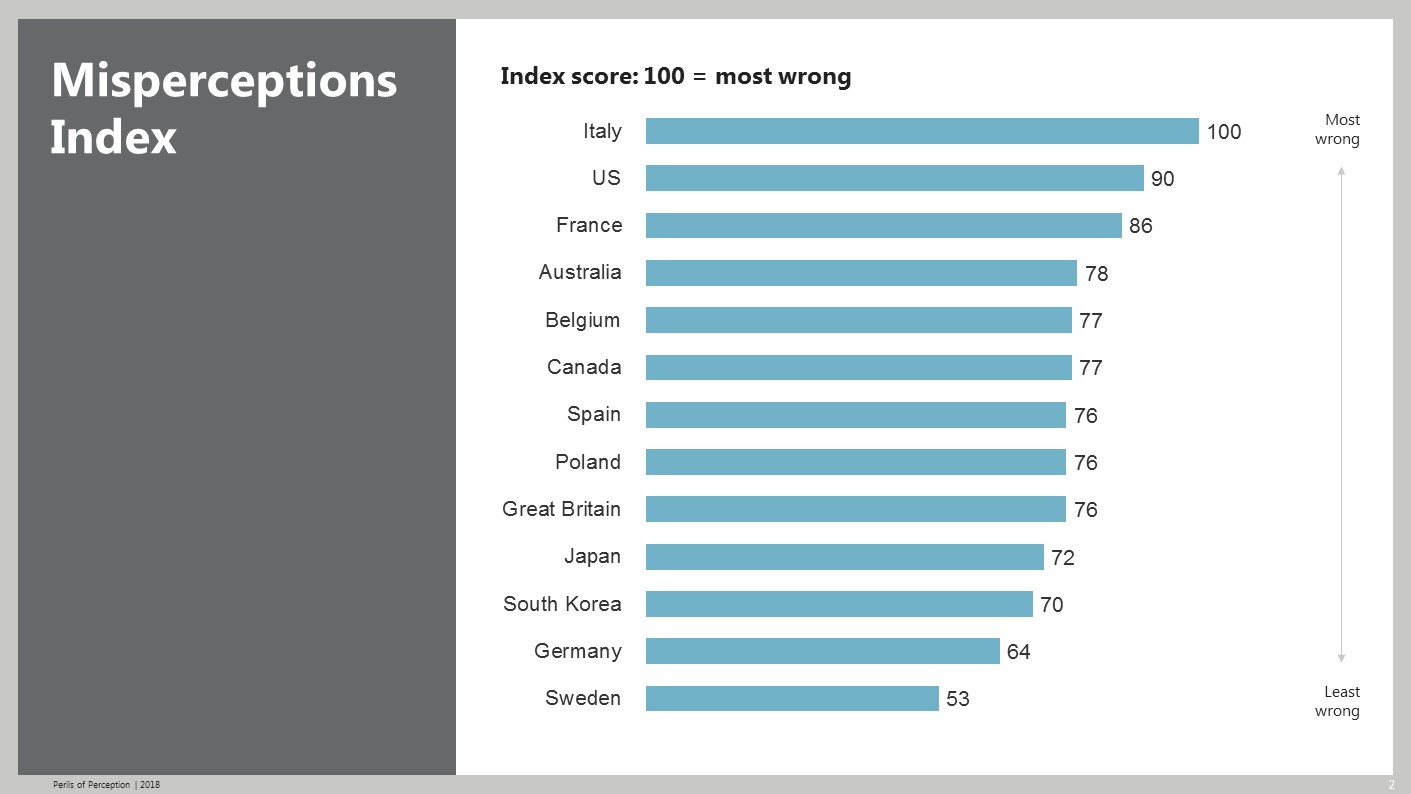 Past studies have shown the Italians are very wrong about many aspects of their society, for example:

The US is second worst, and is also very wrong about many aspects of their society.

At the other end of the spectrum, Sweden is the least wrong, and are very accurate on some facts: for example, they guessed that 32% of prisoners in Sweden were immigrants, when the actual figure was 31%.  But even the Swedes get a lot wrong: they guessed that 24% of the population were unemployed, when at the time it was 8%.

We have also run a new survey asking people who they think would have the least accurate view of their own society.  And the country that people picked out most often was the US, with an impressive 27% of the vote, way ahead of any other country.

And Americans think this of themselves too: 49% expected their fellow Americans have the least accurate view of facts about their society from all the countries listed. 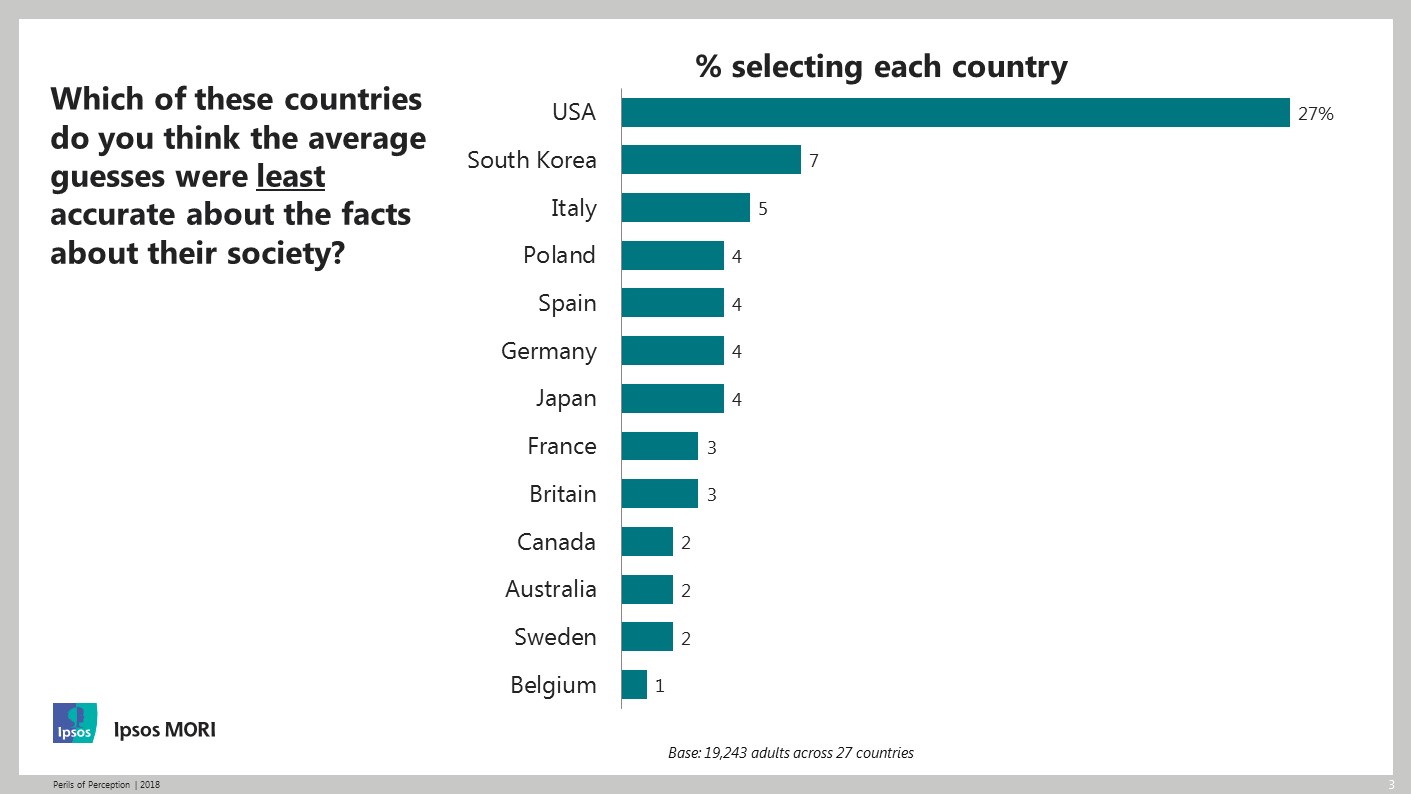 Lots of people in all countries get many things wrong about their societies - but from looking across this unique series of Ipsos studies, there are clearly patterns where some countries are more consistently wrong than others.  Our ‘Misperceptions Index’ summarises who was most wrong – and Italy get the dubious honour of ‘winning’.
The immediate question is why are there differences between countries?  Why is Italy much worse at guessing these facts than Sweden?  We’ve looked at many possible explanations in the book, everything from the education system, to the nature of media and politics, levels of trust and attitudes to government.
And one of the very few factors that seems to be associated is how ‘emotionally expressive’ the country is – that is whether people in the country tend to argue loudly, touch each other and laugh a lot.
This may seem a bit strange, but we need to remember that our guesses at these questions are partly emotional – they send a message about what’s worrying us.  If immigration is a big concern, we automatically pick a big number, even if in reality immigration levels are much lower.  Our misperceptions are about our emotions as much as our ignorance of the facts, and therefore it’s not that surprising that emotionally expressive countries have more exaggerated guesses.