Ipsos’ Scottish Political Monitor, run in partnership with STV News, finds satisfaction with Boris Johnson’s performance at an all-time low – 83% are dissatisfied with his performance with just 12% satisfied.

59% of people in Scotland feel they are worse off than they were a year ago. And two thirds (64%) think they would be worse off in the future if Boris Johnson’s Conservatives win the next General Election.

The SNP remains the dominant party in Scotland – 44% of those likely to vote say they would vote for them in an immediate General Election. However, Labour is now in second place on vote share, at 23%, compared with 19% for the Conservatives.

Support for independence is finely balanced – 50% of likely voters would vote Yes, and 50% No.

The SNP remains clearly ahead in voting intentions – at 44%, the proportion of likely voters who would vote for them in an immediate General Election is almost identical to the 45% who did vote for them in December 2019. 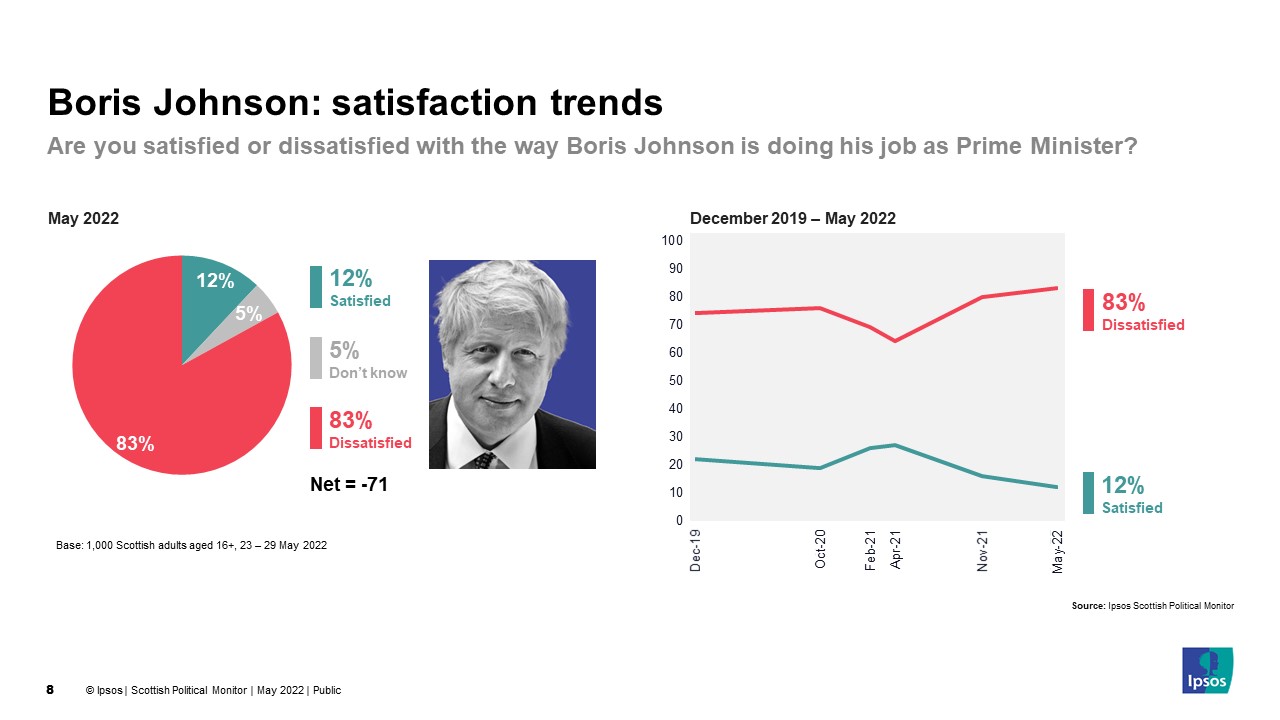 After 15 years in government, the SNP remain the most trusted party across a range of issues: 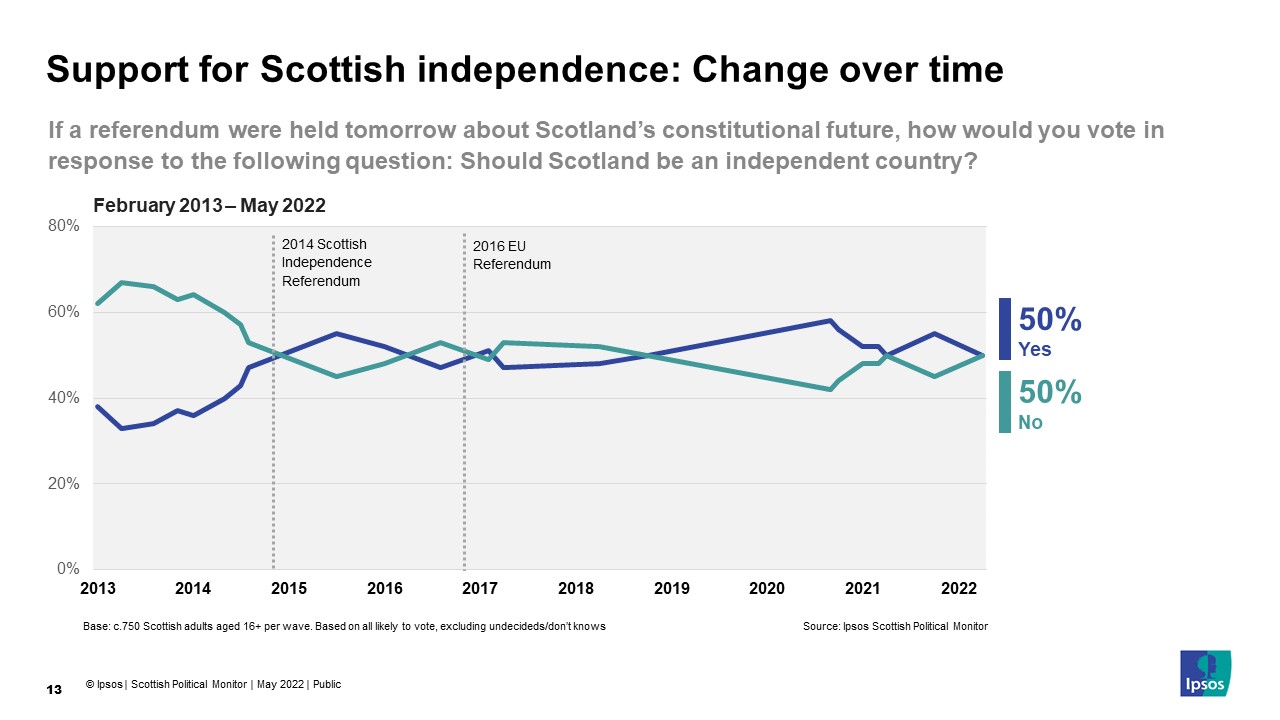 Boris Johnson has never received positive ratings in Scotland, but these latest Ipsos and STV News findings are a new low for the Prime Minister. Although the SNP continues to dominate voting intentions, there are tentative signs of a recovery for Scottish Labour, with continued positive ratings for Anas Sarwar, and Labour ahead of the Conservatives on Westminster voting intention. However, the scale of the challenge facing Labour is underlined by the fact that after 15 years in government the SNP remains the most trusted party across a wide range of policy areas. This includes the cost of living – which the public say is the most important issue facing Scotland at present.