The latest Ipsos Political Monitor shows an increase in the proportion of the British public thinking the Prime Minister should step down as soon as possible, and her worst ratings yet for having what it takes to be a good Prime Minister.  However, despite how poorly the British public believe the Brexit process has gone, Theresa May is still viewed more favourably than Jeremy Corbyn and her potential Conservative successors. 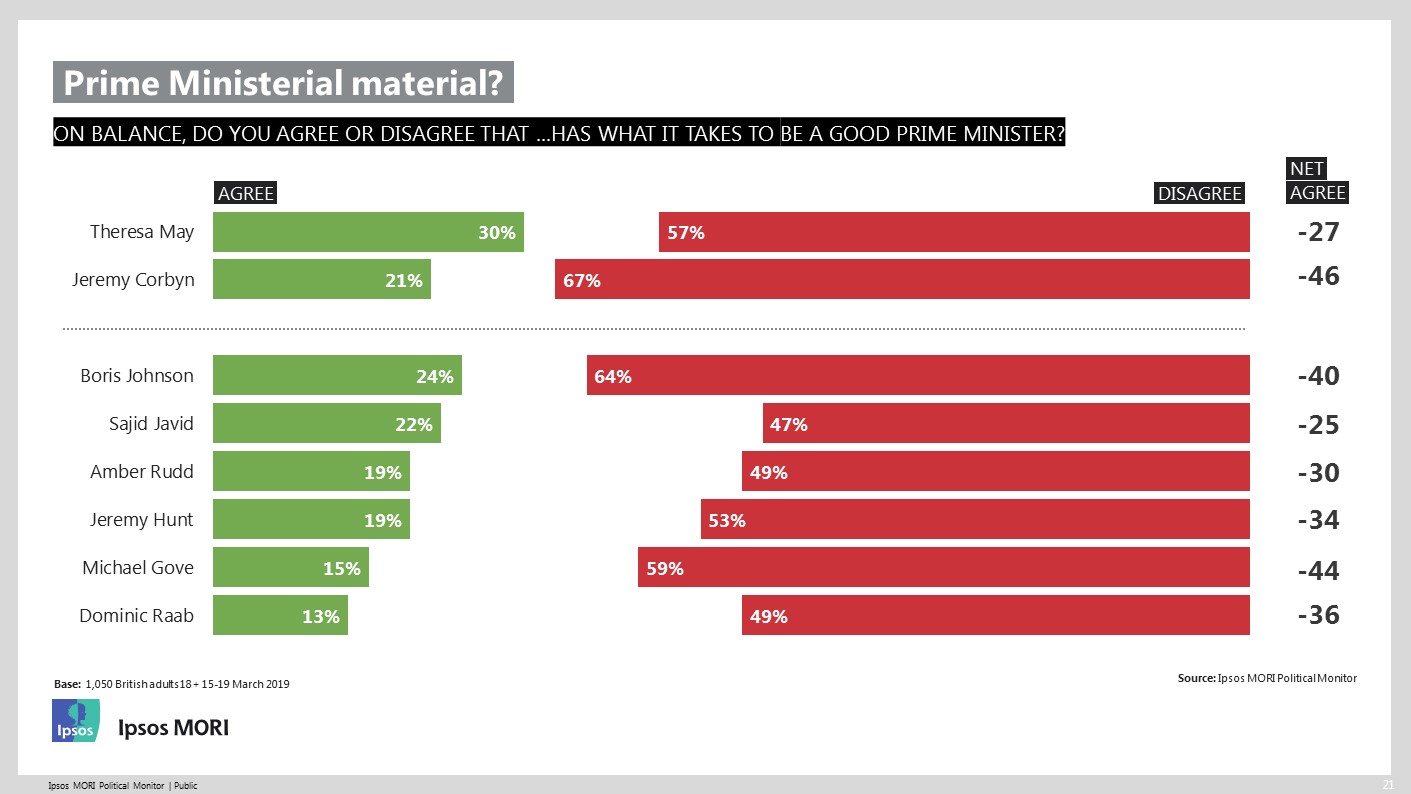 Theresa May is also viewed more favourably than potential Conservative successors.  For Sajid Javid (who has seen both his agree and disagree ratings rise since September), Jeremy Hunt, and Amber Rudd, around one in five of the public think they have what it takes to be a good Prime Minister, but around half disagree.  These three rate more favourably than Boris Johnson (24% think he has what it takes but 64% disagree), Michael Gove (15% vs 59%) and Dominic Raab (13% vs 49%). 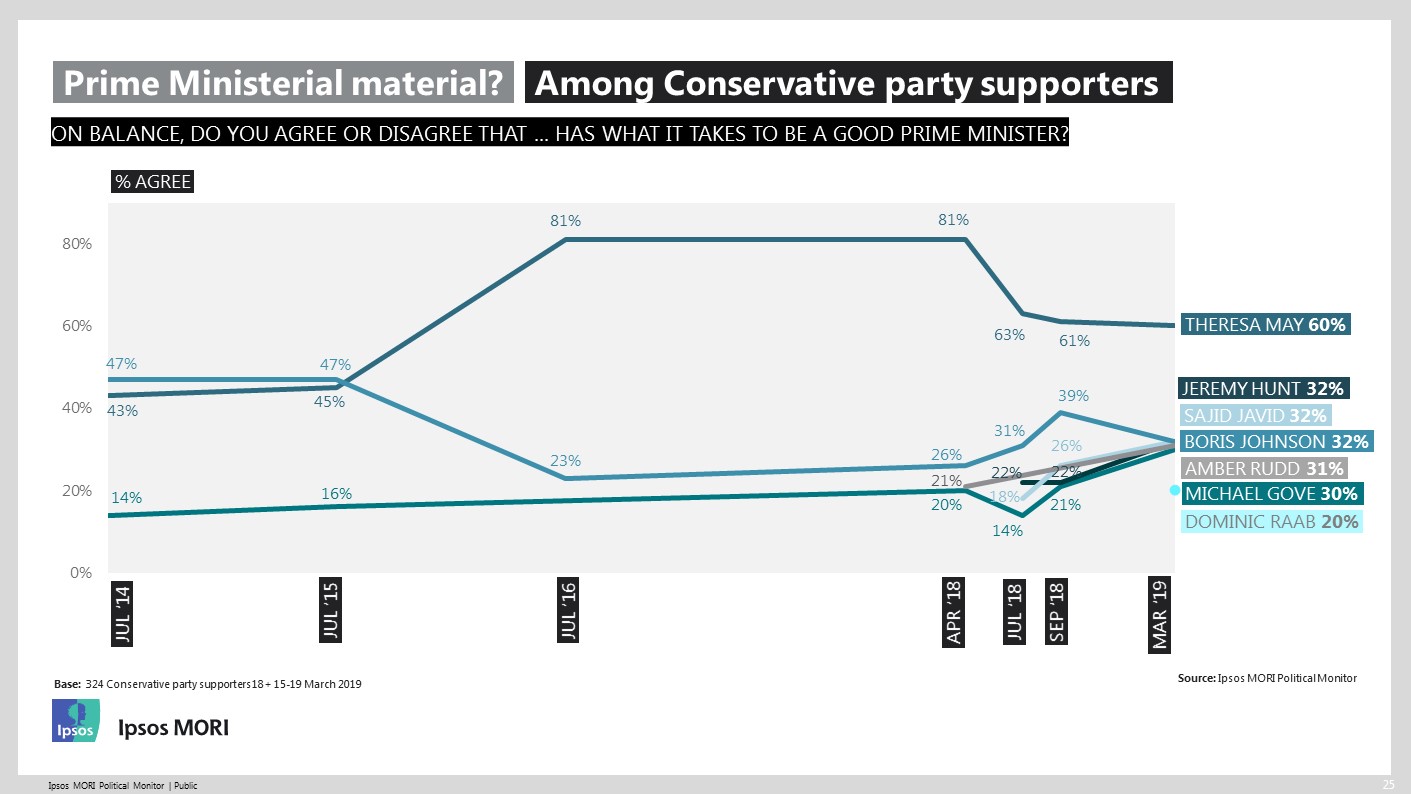 Theresa May’s credentials as Prime Minister in the eyes of the public are the lowest they’ve been since she got the job, and even a majority of her own party supporters think she should go before the next general election.  In the race to succeed her, there are signs that several of the challengers are strengthening opinion among Conservative supporters (although Boris Johnson has slipped back), but the public at large aren’t greatly attracted by any of them.  This means there is no clear leader of the chasing pack, and even among their own voters there is still ambiguity towards the alternatives, with around three in ten yet to come down on one side or the other for most of them.  Of course, the election itself when it happens will be among MPs and party members, who may have different views – but the ability of the challengers to pick up wider public support should be part of their decision-making

Ipsos interviewed a representative sample of 1,050 adults aged 18+ across Great Britain. Interviews were conducted by telephone 15th – 19th March 2019.  Data are weighted to the profile of the population. All polls are subject to a wide range of potential sources of error. On the basis of the historical record of the polls at recent general elections, there is a 9 in 10 chance that the true value of a party’s support lies within 4 points of the estimates provided by this poll, and a 2 in 3 chance that they lie within 2 points. The Independent Group and the Brexit party were added as unprompted options to the voting intention questions this wave.