An online Ipsos poll conducted last night shows that almost 9 in 10 Britons know about the European Super League proposals, which were launched on Sunday.  The majority of Britons are opposed to the creation of the new league. The significant cut through highlights the cultural importance of football clubs in the UK and many European countries. Over two thirds of Britons are opposed to ALL the features of the European Super League that were asked about. This poll was conducted as news of founding Premier League clubs withdrawing from the ESL was breaking, reflecting the strength of opposition in the UK to the creation of the proposed new league and the impact it was having.

The new Ipsos poll of 5000 18-65 year olds, across five European countries (France, Germany, Italy, Spain and the United Kingdom), finds that 77% of people surveyed across the 5 countries have an awareness of the Super League, with those in the UK (88%) and Italy (85%) the most likely to say they are aware.   Just one in 10 in the UK are not aware of this issue. In France and Germany there are lower levels of awareness, at 64% and 66% respectively. 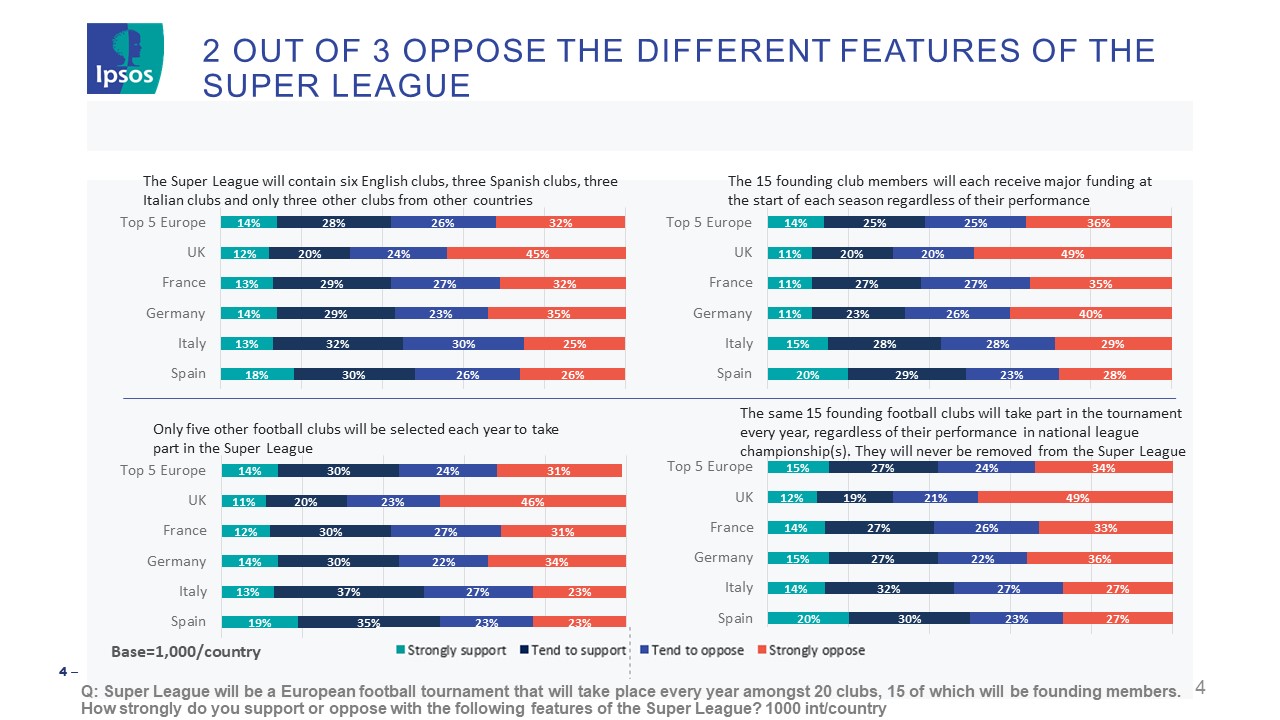 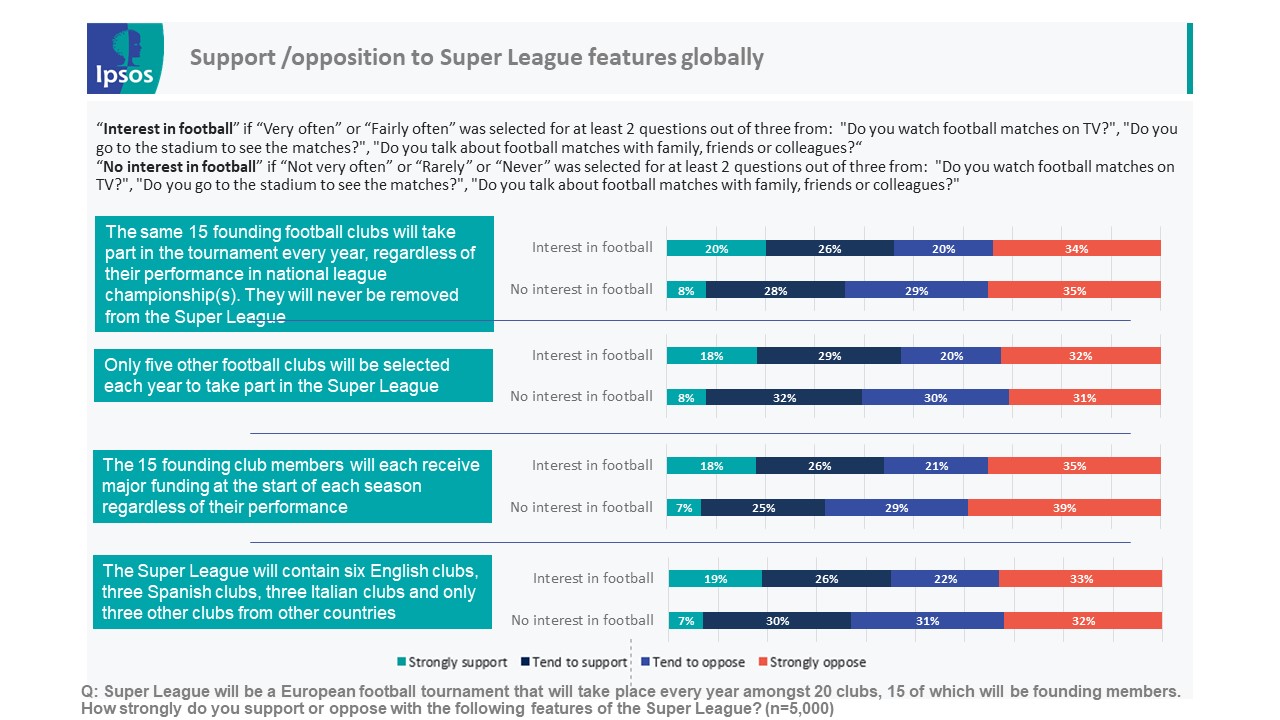 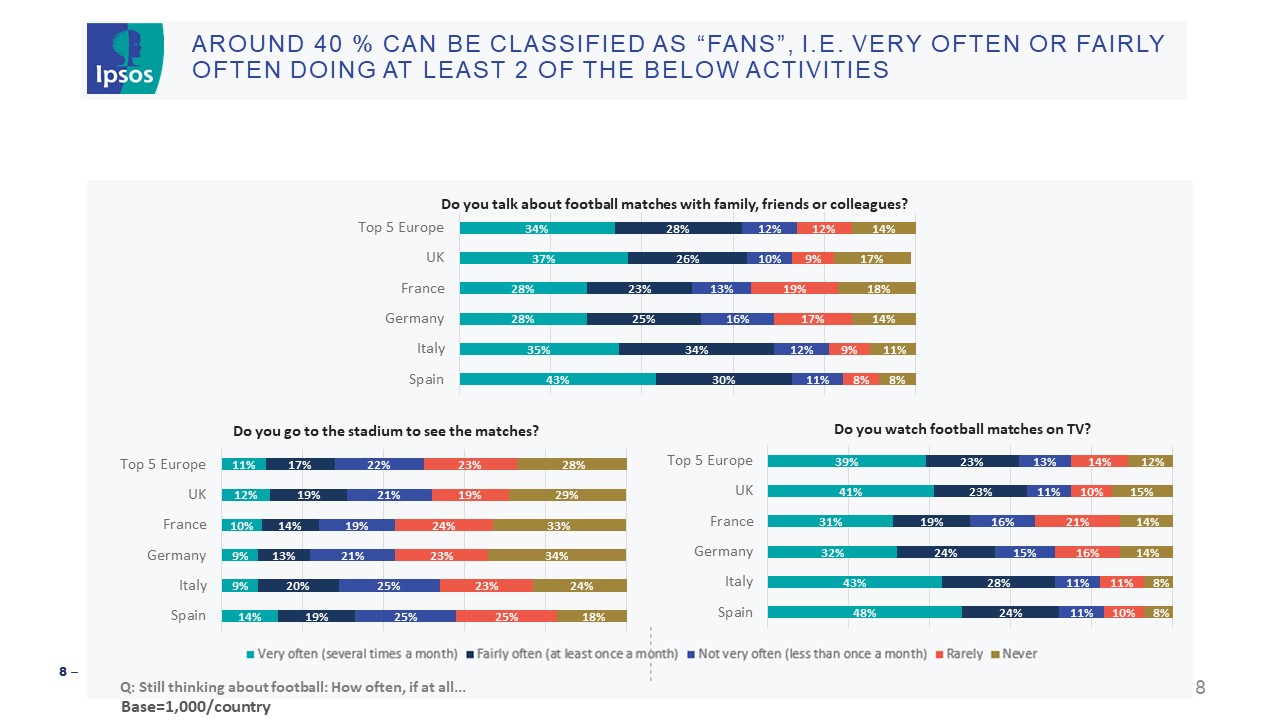