Observers oftentimes see public opinion as static and existing in a separate sphere of its own, detached from the currents of history. The recent coronavirus outbreak places in relief the effect of seemingly random events on public opinion and ultimately political, economic, and social outcomes.

History has countless examples of how national tragedies – or even events seemingly as unrelated to politics as colleges sports games, for that matter – can have far more wide-reaching consequences than anticipated.

Take the American national tragedy of 9/11 which brought President Bush’s approval ratings to the highest on record for any president as Americans rallied around their flag and president. This led to the longest ongoing conflict in American history.

Indirectly, we can also attribute the election of the first African American president to 9/11, as a backlash to Bush’s later unpopularity and an expression of the American public’s hope for change. The pendulum swung the other way in 2016, leading to the election of President Trump.

Or take the Madrid metro terrorist bombings that killed 193 people in 2004, three days before Spain’s general election. Controversy around the bombings led to the incumbent Partido Popular’s defeat in the elections, bringing the Spanish Socialist Workers’ Party (PSOE) to power.

The PSOE ultimately pulled Spanish troops out of the war in Iraq.

We don’t know yet how devastating COVID-19 might be. First identified in the Chinese city of Wuhan in January of this year, to date, 2,245 people have died from the disease and another estimated 76,100 have been infected.

Of those coronavirus-related deaths, all but ten were in mainland China, though the disease has spread beyond China to 27 other countries, including the United States. 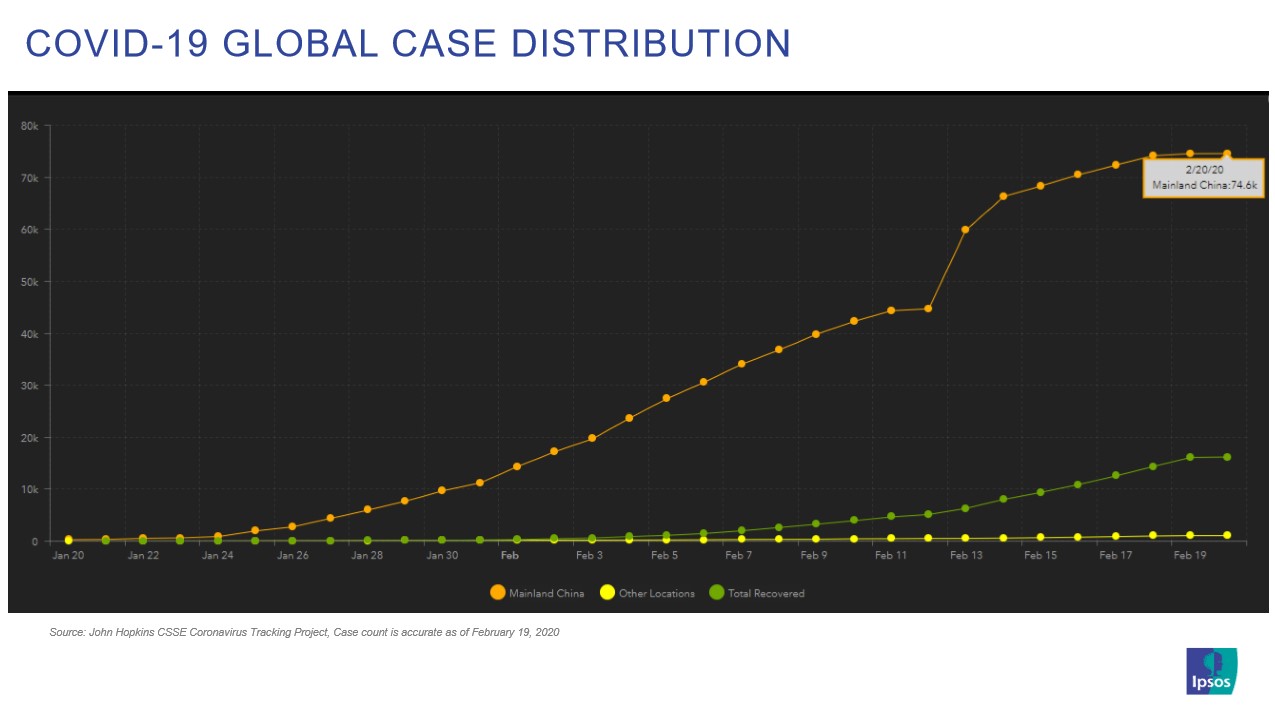 As the chart above shows, the prevalence of infection seems to be plateauing. But we’re not in the clear just yet. Some experts believe we may be at the brink of a global pandemic, particularly if the virus were to spread to countries less prepared to combat and contain the disease.

In late January, China took unprecedented measures to minimize the spread of the disease by essentially putting swathes of the country in lockdown, quarantining millions of people and restricting travel between provinces.

All of these measures are essential from a public health perspective but have the side effect of shutting down the Chinese economy.

As the chart below shows, consumer confidence in China declined precipitously in a recent Ipsos economic indicators tracking survey – 4.3 points from January to February 2020. 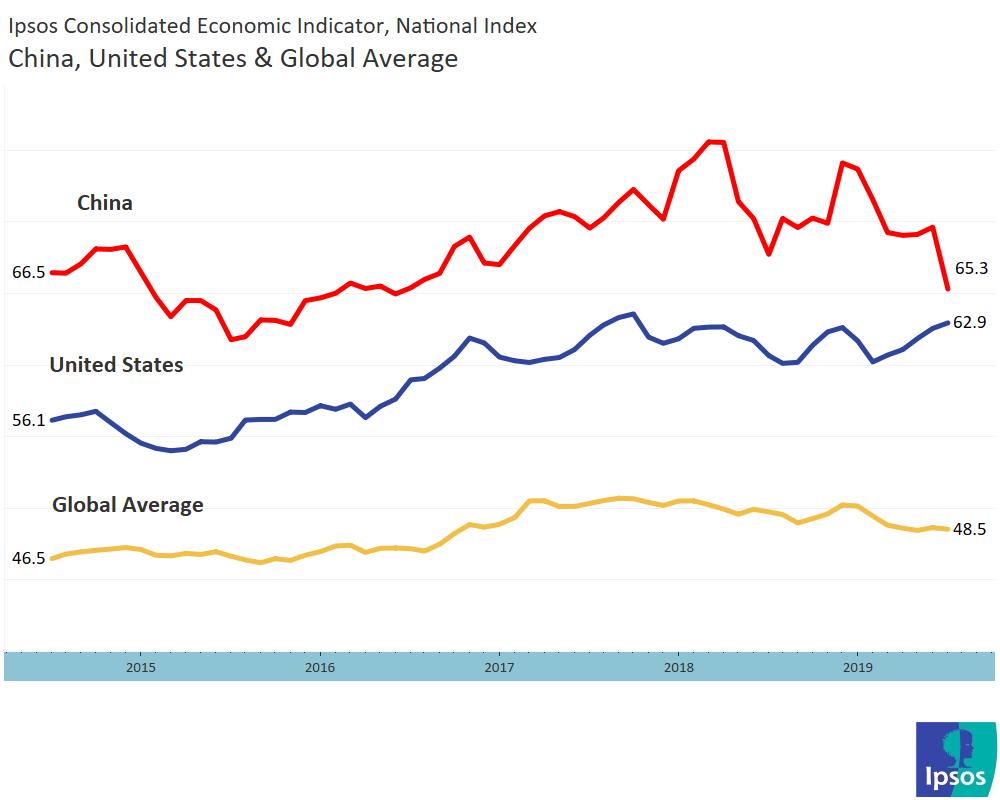 This is significant. The Chinese economy is the second largest in the world and has been one of the primary engines of economic growth globally. Any slowdown in China is likely to have repercussions worldwide.

We know that when national economies decline sharply, regimes and governments are strained. I often use consumer confidence as a proxy for regime stability in places where easily accessible political polling is not available.

Take, for instance, the Arab Spring which toppled the Mubarak regime after millions took to the streets to protest the political status quo and police oppression – as well as a spike in the cost of basic food stuffs.

Though the CDC has confirmed only 15 coronavirus infections in the United States so far, it could potentially play a role in American politics in the form of a resurgence of American protectionism. I argue that the primordials are there for a form of populism driven by disease.

Trump could politicize the coronavirus, using it as an opportunity to appeal to his base on an emotional level about the perceived dangers of immigration and drum up nativism. Protectionism can be a powerful political motivator.

Another possible outcome, though I see this as a black swan event, is that Trump’s reelection chances could be impacted if the U.S. economy were to be affected by tumbling consumer confidence in China.

If the economy is strong, as an incumbent, Trump’s chances of getting reelected are much higher. Trump has been tying much of his public messaging about the success of his presidency to the strength of the economy under his administration.

In short, we simply don’t know yet what the coronavirus endgame will be. It could very well be that the virus will be contained, China will regain its footing from a public health and economic perspective, and the coronavirus will fade in our collective memory, much like the SARS epidemic.

Or not. It’s impossible to say just yet.

The coronavirus is a classic example of how seemingly random events can impact our lives and drive public opinion. I for one will be watching this situation closely.