New York, July 2, 2020 – The COVID-19 pandemic has had a significant economic impact worldwide. Ipsos research shows that Global Consumer Confidence sharply declined to record lows in 2020; and as nations around the world cautiously lift restrictions imposed at the height of the pandemic, in an effort to restart their economies, it is still largely unknown if it will be possible to recapture the economic momentum of recent years.

A longitudinal analysis of the 50 Nation Brands Index (NBI) countries between 2014 and 2019 demonstrates that while there has been an overall increase in the appeal of investing in businesses from countries around the world, opinion on the matter is somewhat mercurial. The business-investment appeal of countries at the global level observed a notable increase in 2017, and opinions have remained relatively stable since. 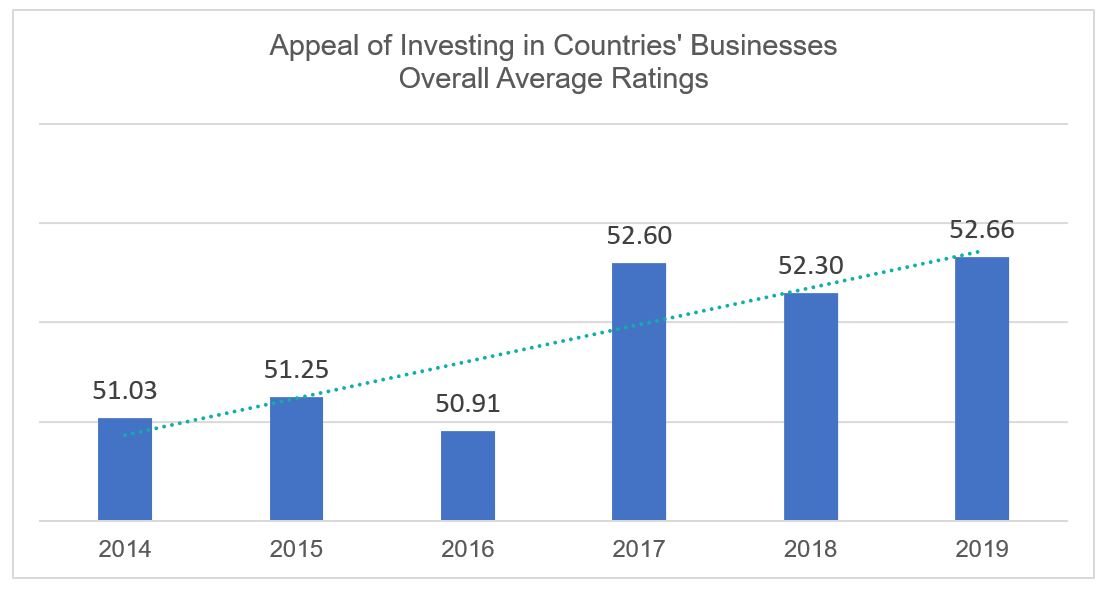 Responses of 120,000 global citizens in 20 different nations indicate that the top-five countries with the most attractive businesses of the last five years have been:

With the exception of Japan, the top-five countries perceived to have the most attractive business environment of the last five years come from North America and Europe. Furthermore, we observe a similar pattern when it comes to purchasing behaviors and sentiment – or the “made in” effect:

Global citizens feel most good when purchasing products made in Germany, the United States, Japan, and the United Kingdom; however, the list of countries from where most global citizens report ever buying a product differs slightly in its order – and includes China instead of Switzerland.

The similarities in all three lists demonstrates, that for the most part:

However, the slight discrepancies between the lists denote that:

Over the past half-decade, the number of global citizens who reported having ever purchased a product from Switzerland has remained generally unchanged; however, there has been a notable improvement on the “made in” effect for products originating from China. Since 2014, positivity in buying products from China has improved the most, and at a faster rate, than for any other measured NBI nation. 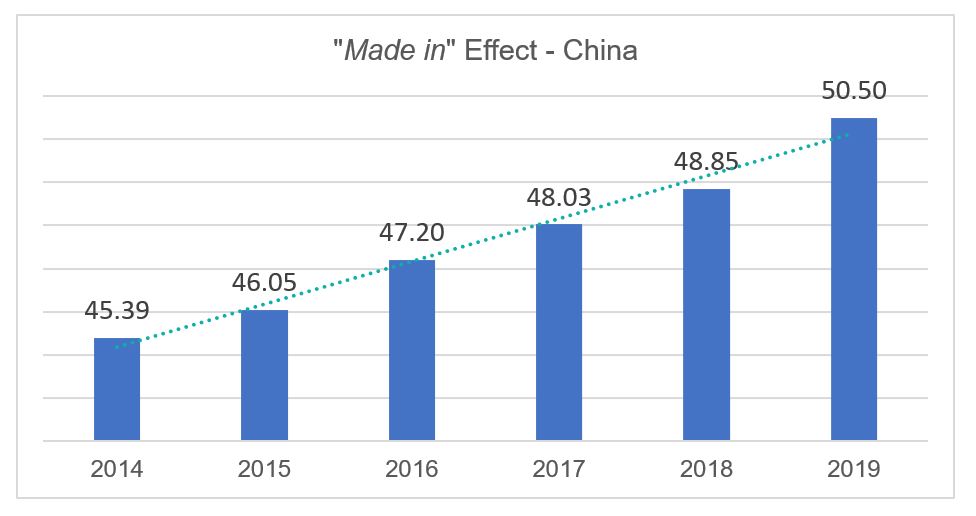 Similarly, global citizens generally default to contrasting descriptors like “modern” or “developing” when describing the economic and business conditions of the measured NBI nations. These associations tend to align with the business appeal results: economies in North America and Europe are mostly perceived to be “modern,” while those in Latin America and the Caribbean, Asia Pacific, Africa, and the Middle East are still considered to be “developing.”

The full extent of the impact that the COVID-19 pandemic will have on global business flows is still largely unknown – with some key prevailing questions being:

In an effort to provide more clues to the questions above, and to better understand the broader effect of the COVID-19 pandemic on nation brands, Ipsos’ NBI 2020 will evaluate the impact healthcare crises, such as the current COVID-19 pandemic, have on perceptions of countries around the globe.

These findings, along with NBI 2020 ratings, will provide critical insight to nations working to manage their brands and restore their business sector quickly after the pandemic. Having a deep understanding of current perceptions, in the global context and in these turbulent times, can help guide future communications and marketing efforts for greater likelihood of campaign success.