As the coronavirus delta variant continues its surge, a sizable majority of Americans say they want mask requirements back in shops, restaurants and other businesses across the country – and many want vaccine requirements, too.

Three in five Americans (61%) say they would be more comfortable if masks required for all staff and customers in grocery stores, malls and other retail locations, according to new data from the Ipsos Coronavirus Consumer Tracker. That’s a sizable jump from June, when only 46% of Americans said the same.

“Public opinion on health and safety has moved swiftly throughout the pandemic, but this summer’s whiplash rivals any that we’ve seen throughout this saga,” said Carlos Aragon, vice president with Ipsos Mystery Shopping. “One thing is clear: A big chunk of your customers don’t feel as safe as they used to, and there’s a clear playbook here for retailers to help smooth things over.” 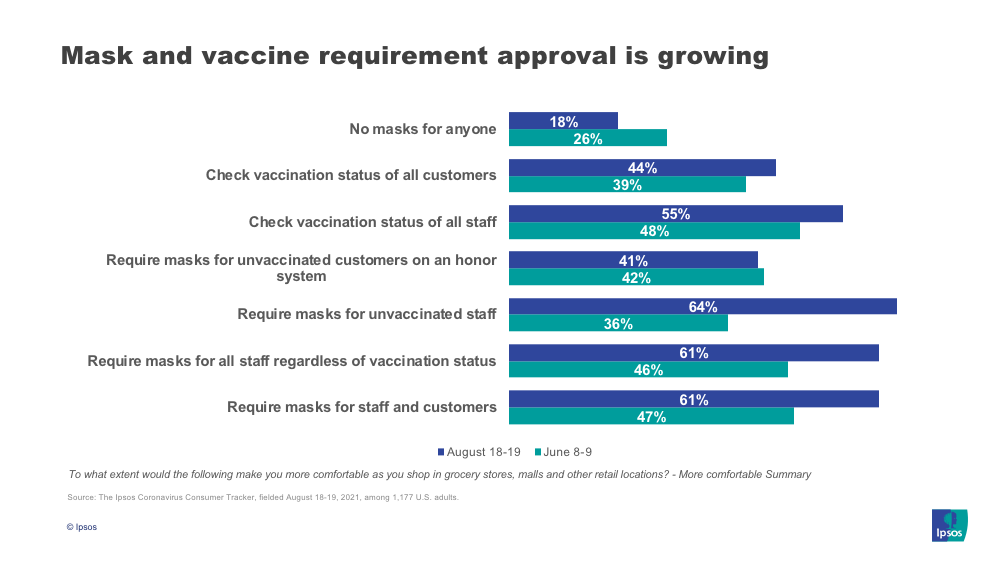 Indeed, many Americans say they’re avoiding activities where the virus could spread as the delta variant gains ground. Roughly half of Americans who are vaccinated – or planning to get vaccinated – now say they are likely to stop dining out at restaurants, going to sporting events, visiting large cities for vacations, going to crowded places, going to concerts or shows, and more. This is specifically because of concerns about the delta variant. 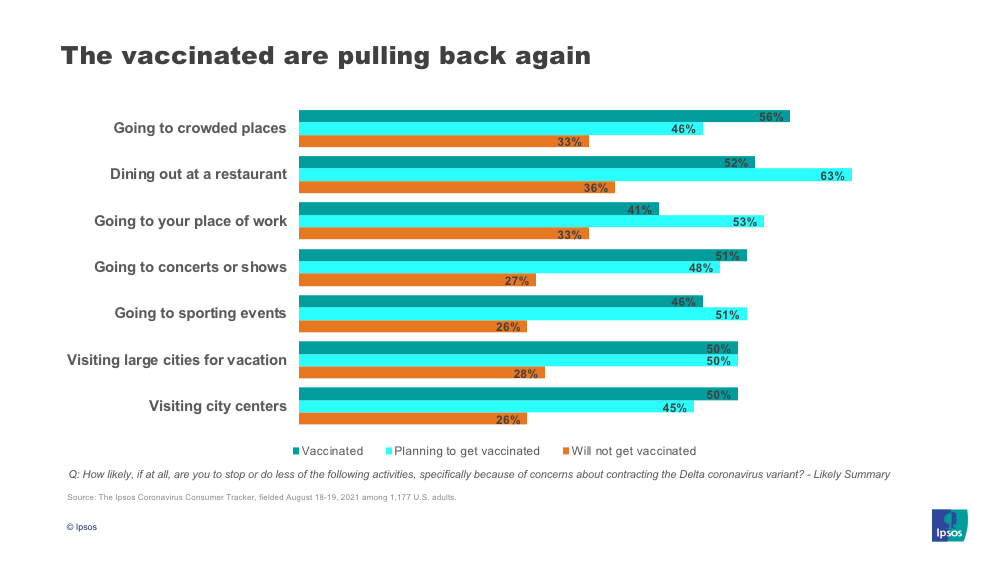 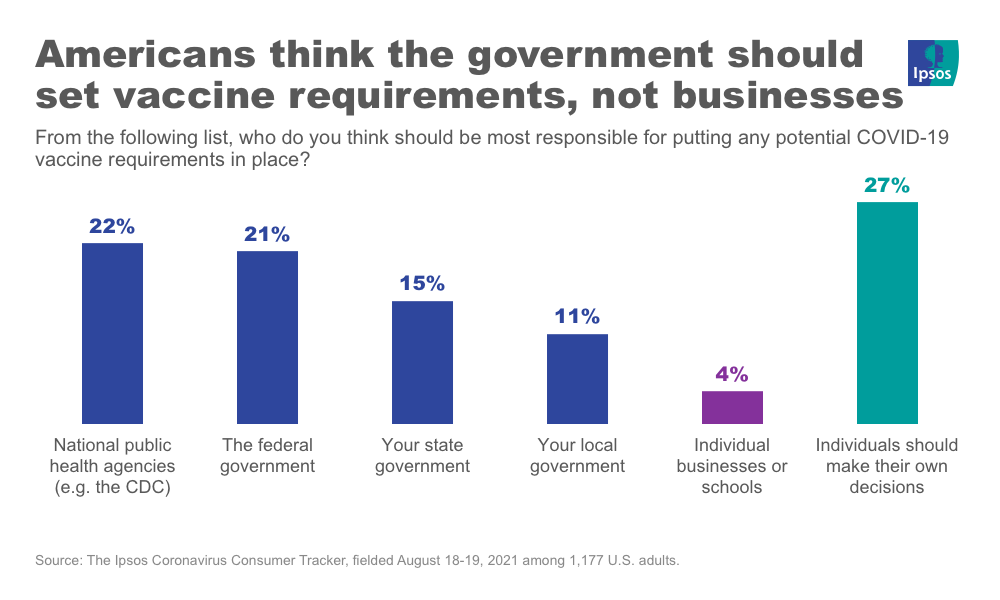 The path forward for businesses is likely to be a difficult one as the virus continues to spread, regardless of whether governments reinstate the mandatory shutdowns we saw earlier in the pandemic. The most successful businesses will be those that clearly state their policies for employees and customers, and follow through as much as possible.