As vaccinations speed up and the American economy restarts, many businesses may need a little extra cash to keep the lights on after more than a year of lockdowns and reduced consumer demand. But as pent-up pandemic demand pushes up against pandemic hardship, how would raising prices affect businesses’ chances to recover during the next few make-or-break months?

Good news: For most businesses, it seems raising prices won’t push customers away, according to new polling from the Ipsos Coronavirus Consumer Tracker. The number of consumers who say they would pay a higher price for something matches up closely with the number who say they would feel safe doing it within the next three months. 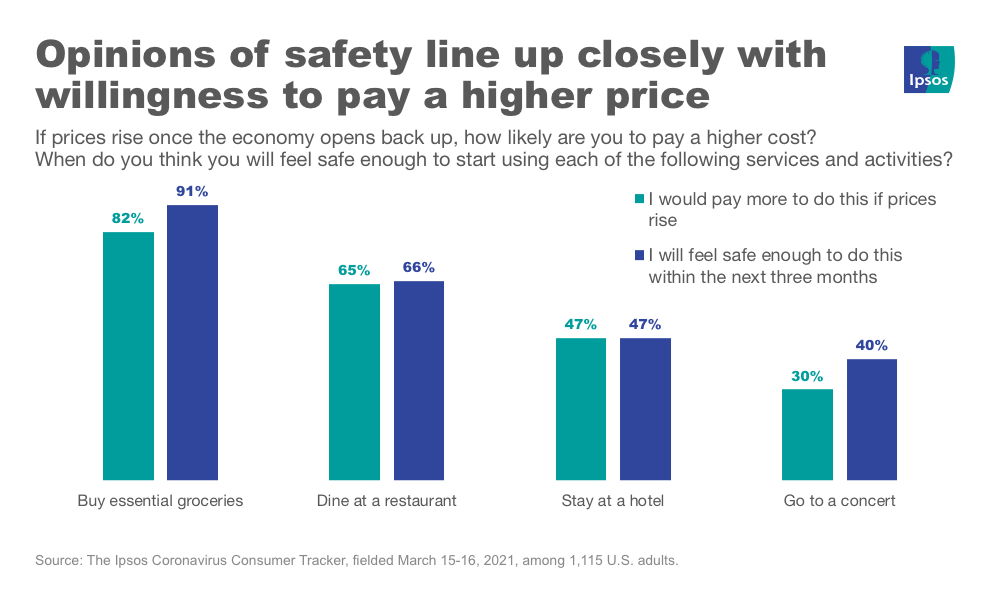 The fact that these numbers match up closely, even for services where people are skeptical of price increases, indicates that price may not be an object – and, in fact, consumers may expect prices to rise.

Looking closer at the numbers, there’s even better news for brands. Across almost every category, the wealthier people get, the more likely they are to be OK with a post-pandemic price increase. Households who make more than $100,000 are 41% more likely to say they would pay a higher cost for something than a household that makes less than $50,000.

But a majority of lower-income households are also willing to spend more for basic needs, like groceries – and even some wants, like dining out. They’re less inclined to pay more for goods and services that are more splurgy to start with, like spa services and concert tickets. 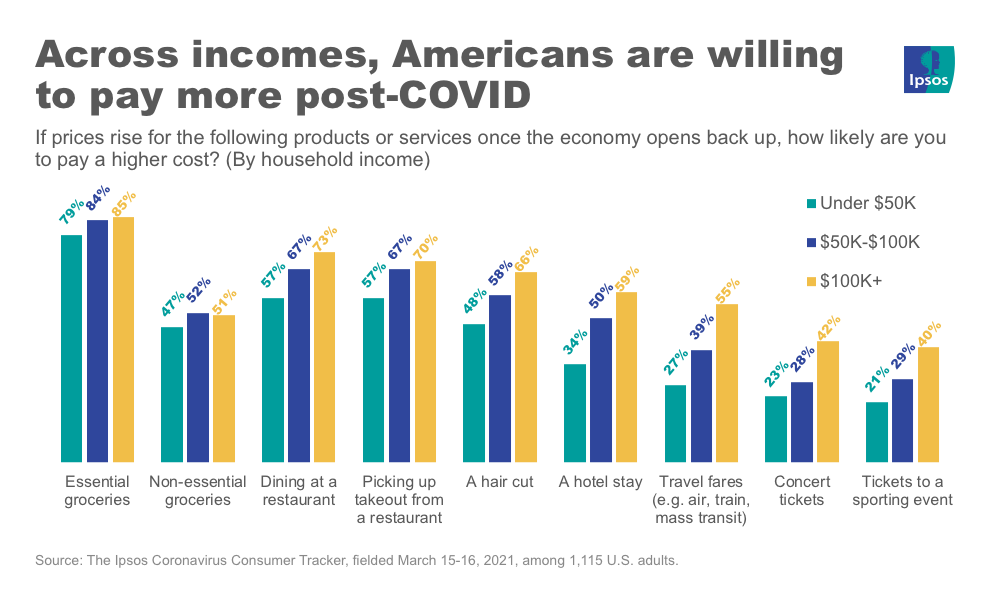 This entire trend is something businesses can cheer about – and perhaps bet their recovery on, said Tony Incalcatera, a senior vice president in Audience Measurement at Ipsos.

“This implies that pent-up demand is so strong that people are likely to return to activities regardless of price increases,” Incalcatera said. “For months, Ipsos has been forecasting increased demand, particularly among wealthier consumers who will drive the economy’s recovery. Their desire to get back to normalcy – combined with their solidly grounded bank accounts – can give hope to businesses large and small.”