As President Joe Biden gathers with G7 leaders in the United Kingdom, a new ABC News/Ipsos poll shows that nearly three in five Americans have confidence in Biden to do the right thing regarding world affairs. However, views are a bit more split when it comes to trusting Biden to negotiate on America’s behalf with other world leaders and, specifically, his ability to negotiate with Russian leader Vladimir Putin. While protecting American jobs and safeguarding the country from terrorist attacks are the top foreign policy priorities, according to the public, half say improving relationships with our allies is of utmost importance.

1. While most Americans are confident President Biden will do the right thing on the world stage, views of the president’s foreign policy approach are incredibly partisan.

2. Protecting American jobs and keeping our country safe from terrorist attacks are the top foreign policy priorities in the eyes of the American public.

3. Beyond these issues, there are some significant differences between partisans on what foreign policy initiatives to prioritize. 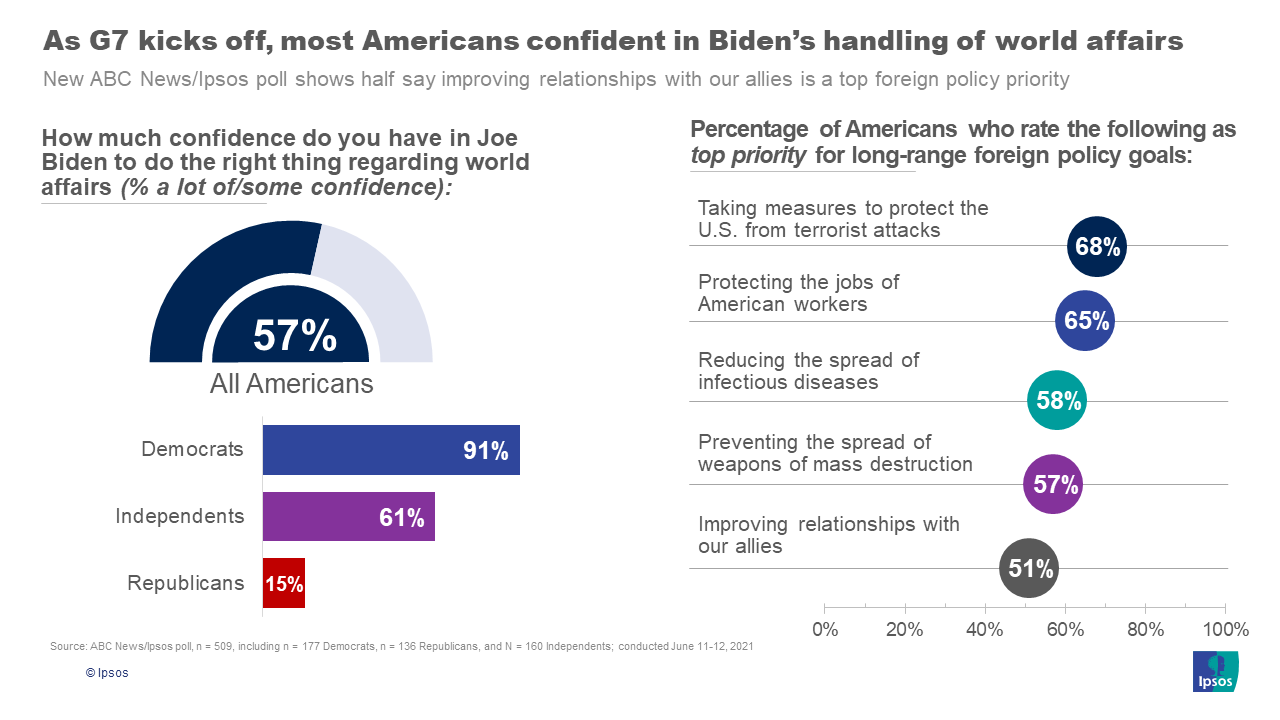 This ABC News/Ipsos poll was conducted June 11 to June 12, 2021 by Ipsos using the probability-based KnowledgePanel®. This poll is based on a nationally representative probability sample of 509 general population adults age 18 or older.