Ipsos has conducted a number of major studies in recent years exploring how accurate people are in estimating a range of key social realities. And our latest international survey across 33 countries shows just how wrong we often are.

In Britain the public thinks that the top 1% wealthiest households own 59% of the country’s wealth, when they actually “only” own 23%. Americans think that 33% of their population are immigrants, when in fact it’s less than half that, at 14%.

Brazilians think the average age in their country is 56, when it’s only 31. Russians think that 31% of their politicians are women, when in fact it’s only 14%.

The British think an extraordinary 43% of young adults aged 25-34 still live at home with their parents, when it’s actually only 14%. In India, the online population think that 60% of the whole country also has internet access, when in fact only 19% do.

Israelis think that only 39% of working age women in their country are in employment, when actually 68% are. Saudis think that only 28% of their population is overweight or obese, when in fact it’s a very worrying 71%. 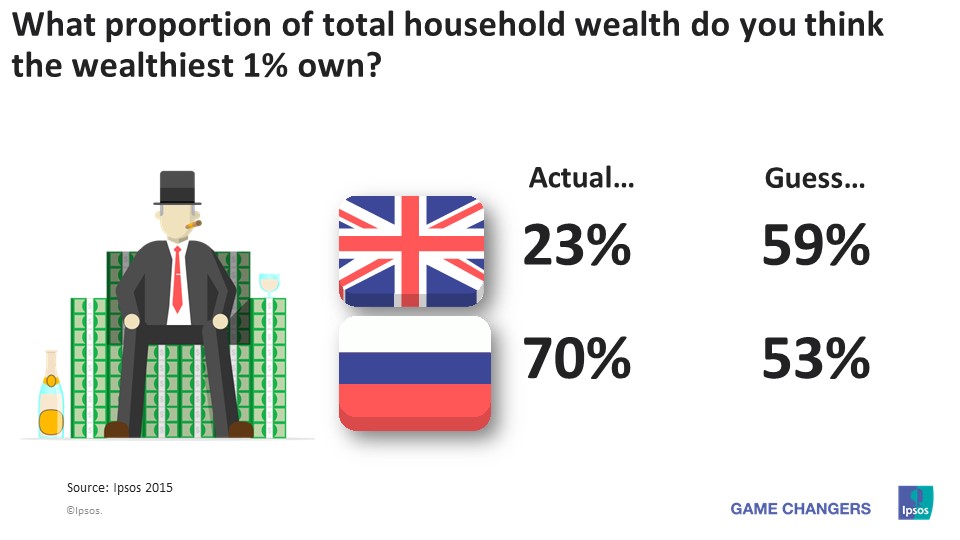