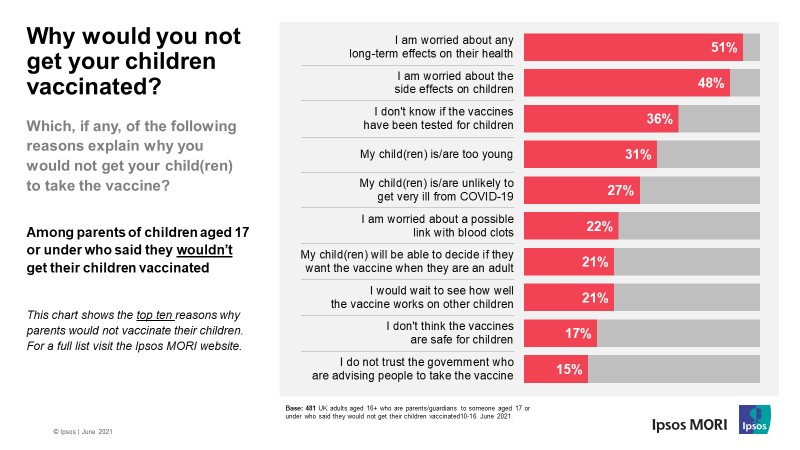 The most convincing arguments for parents who say they will allow their children to take the COVID-19 vaccine are to prevent the spread of the virus (71%), to prevent their child(ren) from catching Covid (64%) and to allow them to get back to normal more quickly (61%). Other reasons for allowing children to take the vaccine include preventing the spread of the virus to elderly relatives, reducing the likelihood of a new variant and trust in scientists (all 55%). 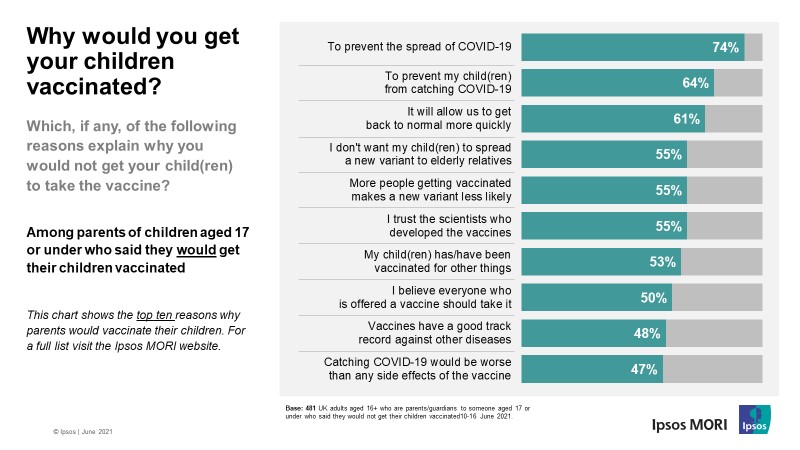 With two-thirds of parents prepared to get their children vaccinated, there is obviously some appetite for the vaccination programme to be extended below the current limit of 18, should we go down this path.  However, there are significant numbers in certain groups who are more hesitant – especially parents of younger children and parents from ethnic minority groups, and if it does go ahead concerns about the potential long-term side-effects of vaccinating younger people will need to be addressed.  For the adult population, we have seen take-up of vaccines increase and concerns fall as the programme rolled out – if the vaccine is offered to children, it will be key to monitor this among parents too.