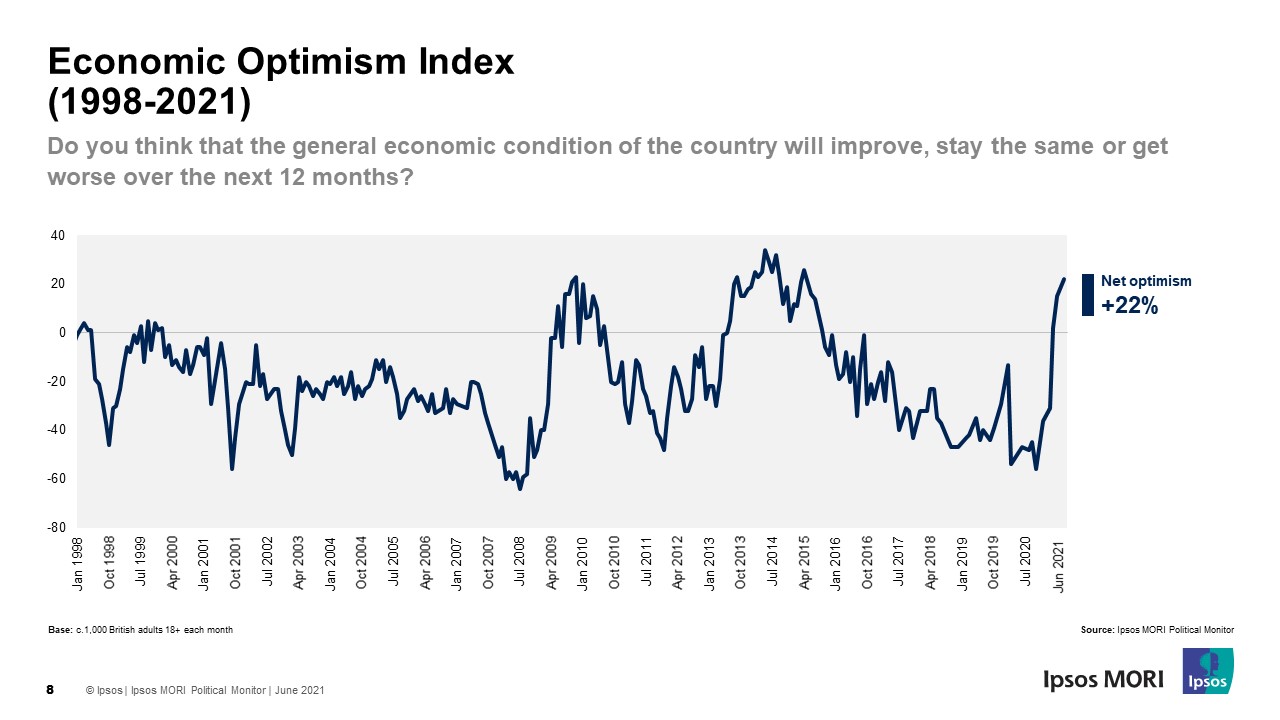 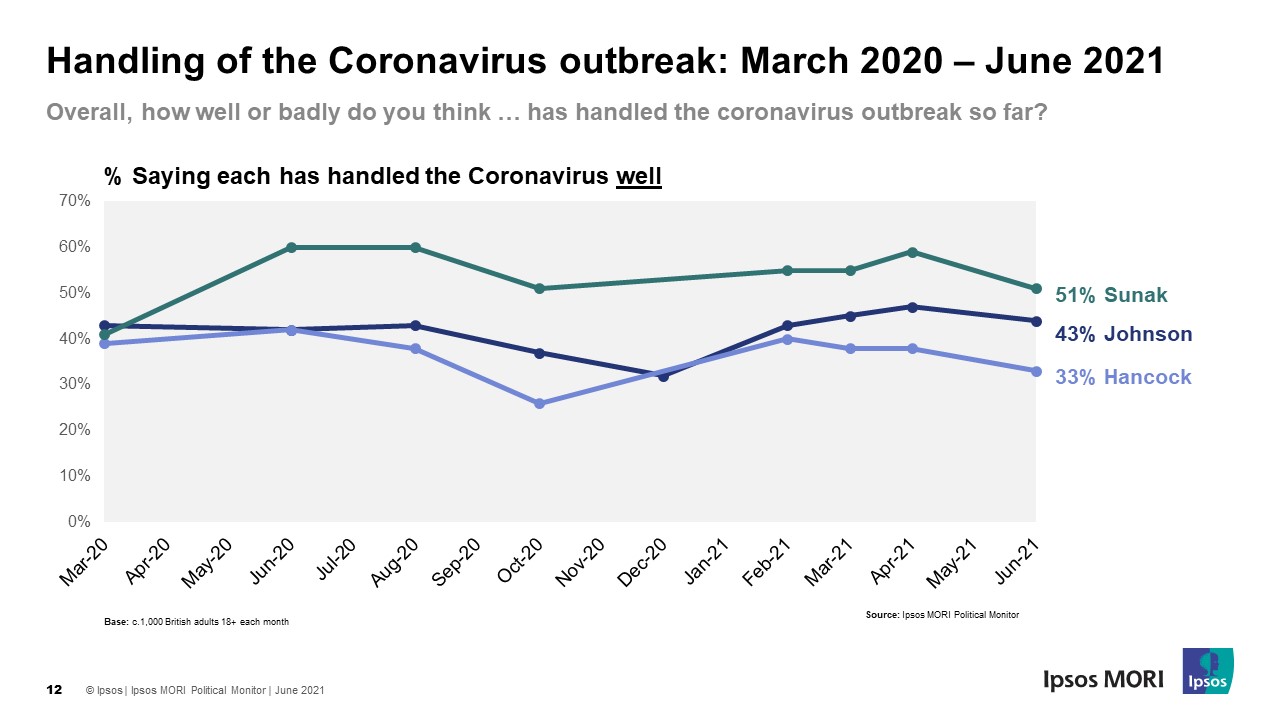 With their lead over Labour now standing at 9 points, the Conservatives are clearly benefiting politically from the public perception that things are moving in the right direction in terms of the pandemic. Britons continue to think the vaccine rollout is going well and economic optimism for the future has not been this strong since just before the 2015 General Election. However, there does appear to be appetite for an independent public inquiry into how the government handled the pandemic sooner than the Prime Minister would like. What is less clear is how strong the public demand for an inquiry will be if his government sticks to its guns and seeks to delay into 2022 or beyond.

Ipsos MORI interviewed a representative sample of 1,002 adults aged 18+ across Great Britain. Interviews were conducted by telephone: 28th May – 3rd June 2021. Data are weighted to match the profile of the population. All polls are subject to a wide range of potential sources of error. On the basis of the historical record of the polls at recent general elections, there is a 9 in 10 chance that the true value of a party’s support lies within 4 points of the estimates provided by this poll, and a 2 in 3 chance that they lie within 2 points.